Welcome to Season 6 – Round 9 of Iron Builder! 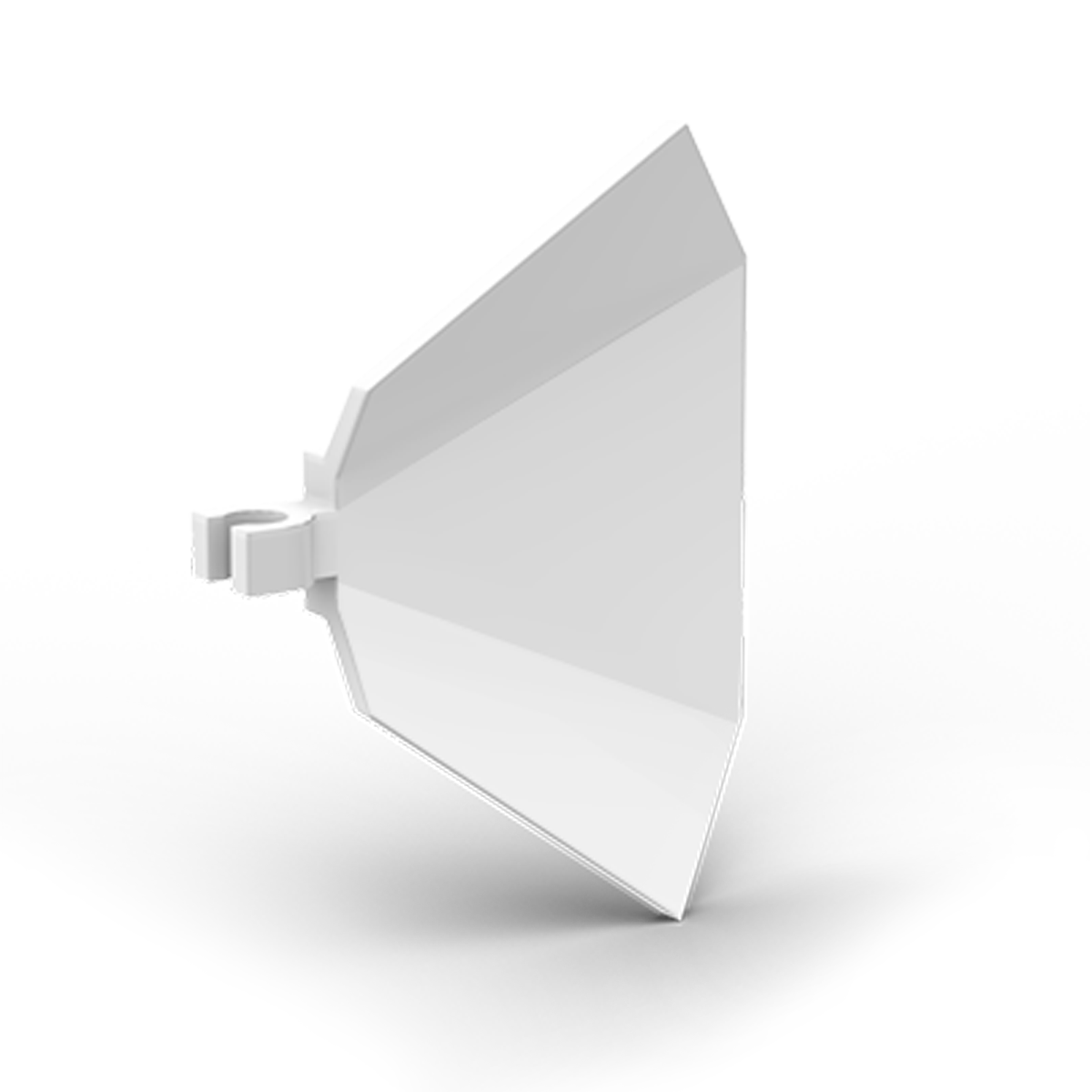 This round’s seed part is the Panel 3x5 Solar / Deltoid with Clip in white.

Now our two contestants have 16 days to come up with amazing and inspiring creations featuring this seed part. Wish them luck! This round will come down to the wire! 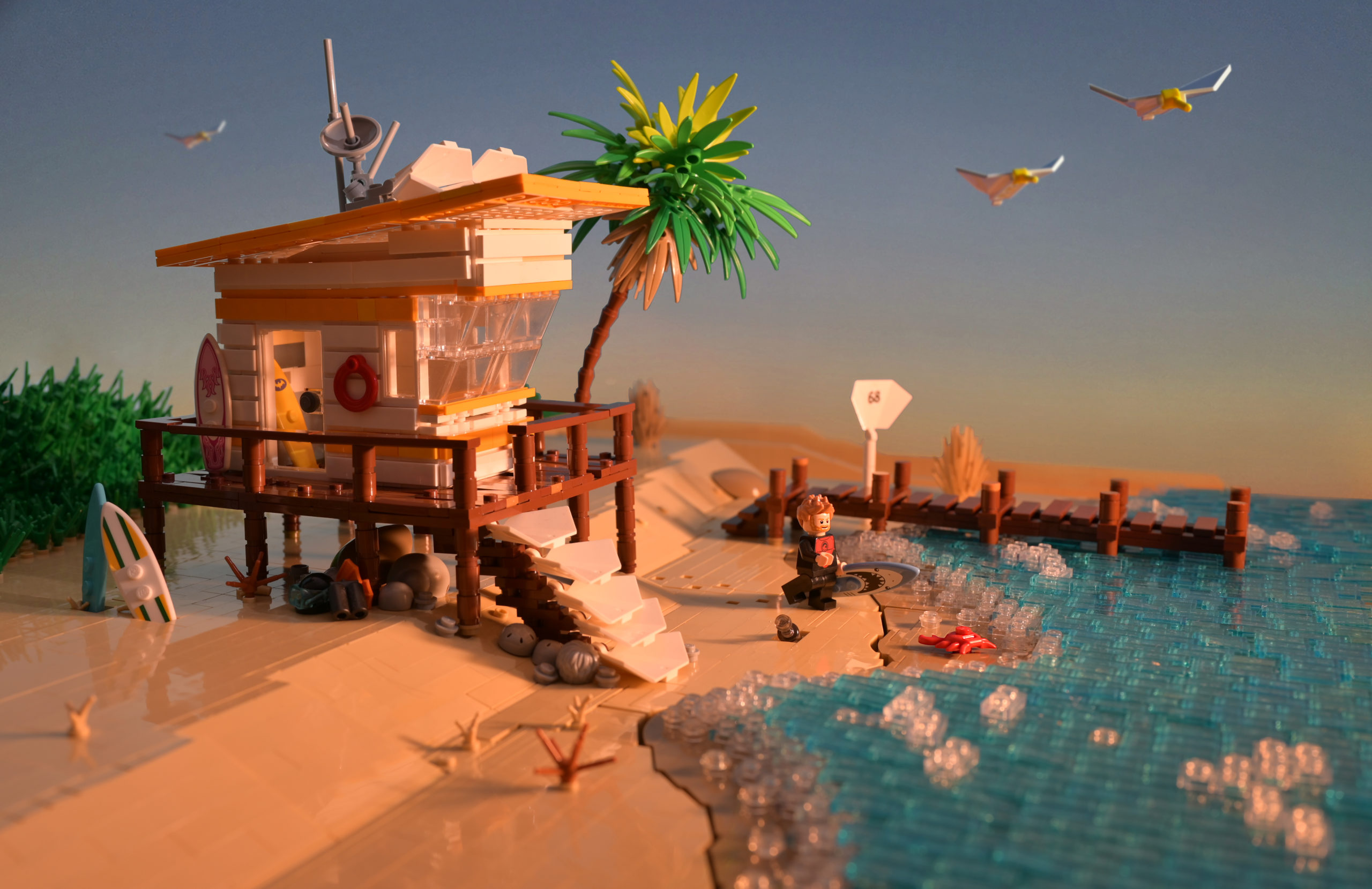 The dawn breaks and I can’t sea you, Kit. Are you shore you can compete against an Iron Champion surfing the wave of victory? 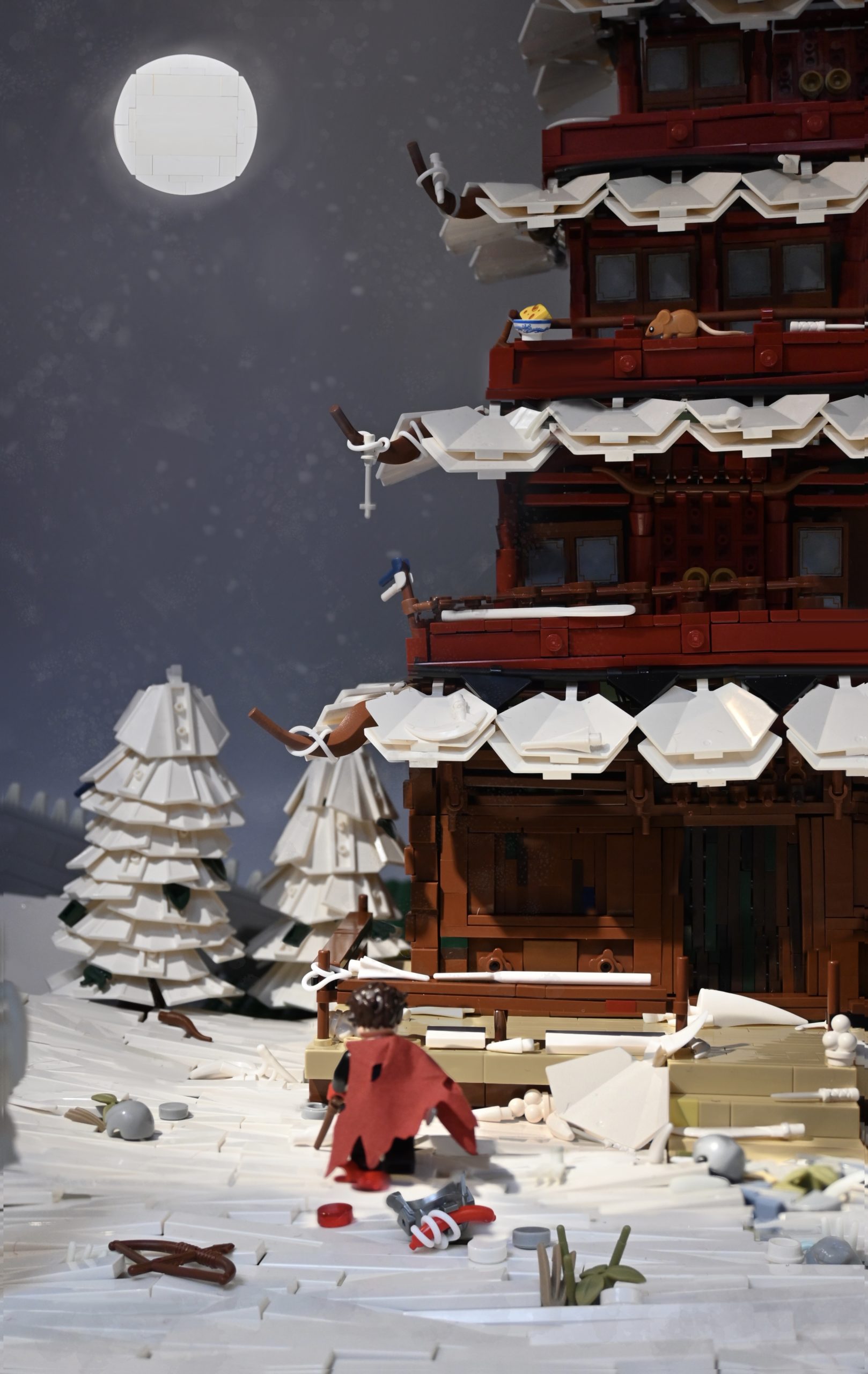 Staying in the sun is probably a good idea, I’ve heard that warriors tend to freeze up on their second battle. I hope Japan-ic hasn’t gotten to you yet, because there’s snow time forest. It’s my time to shrine! 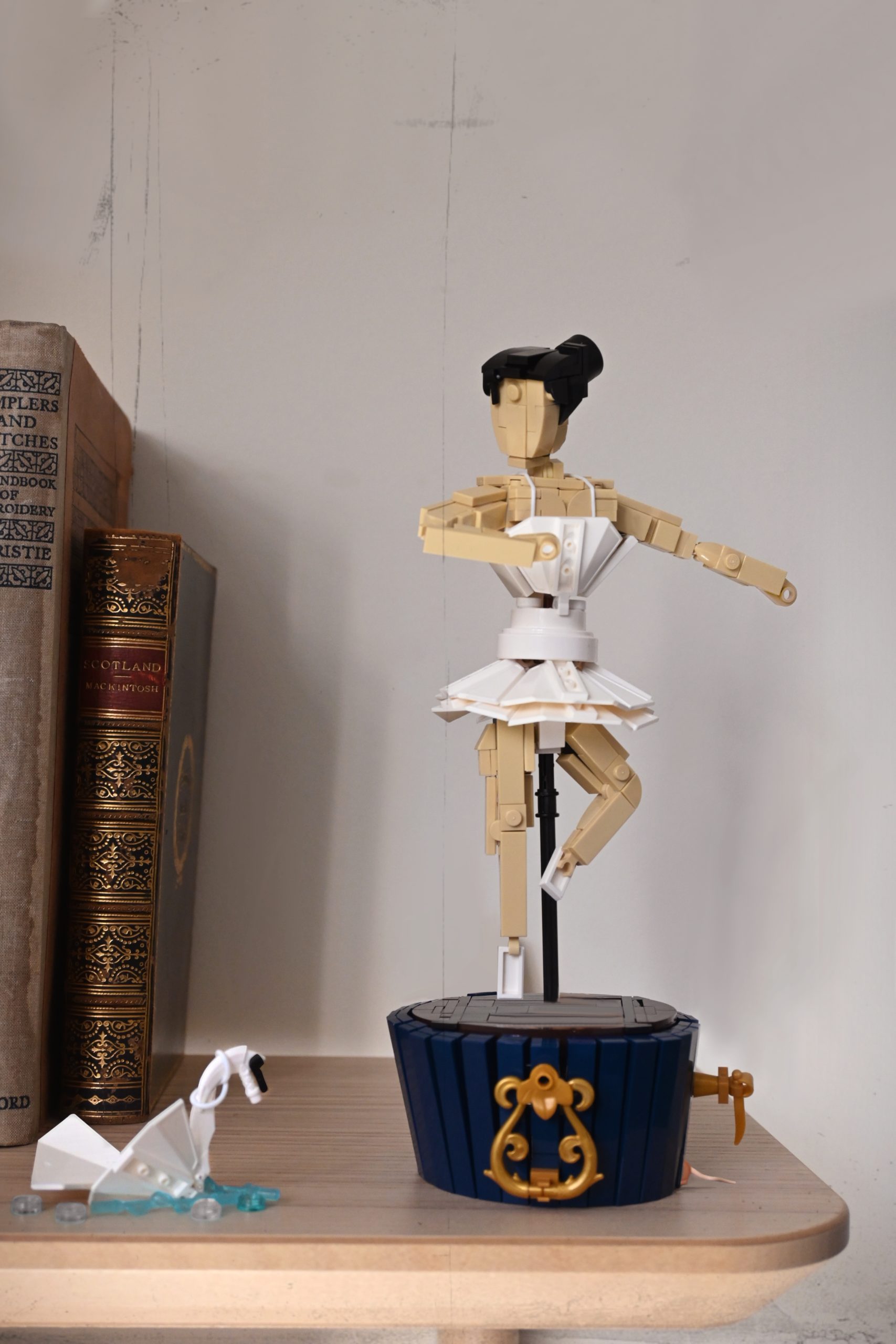 I hope the cold didn’t make mu-sic. I swan to show you this build I’ve been spinning up: it’ll dance circles around you! 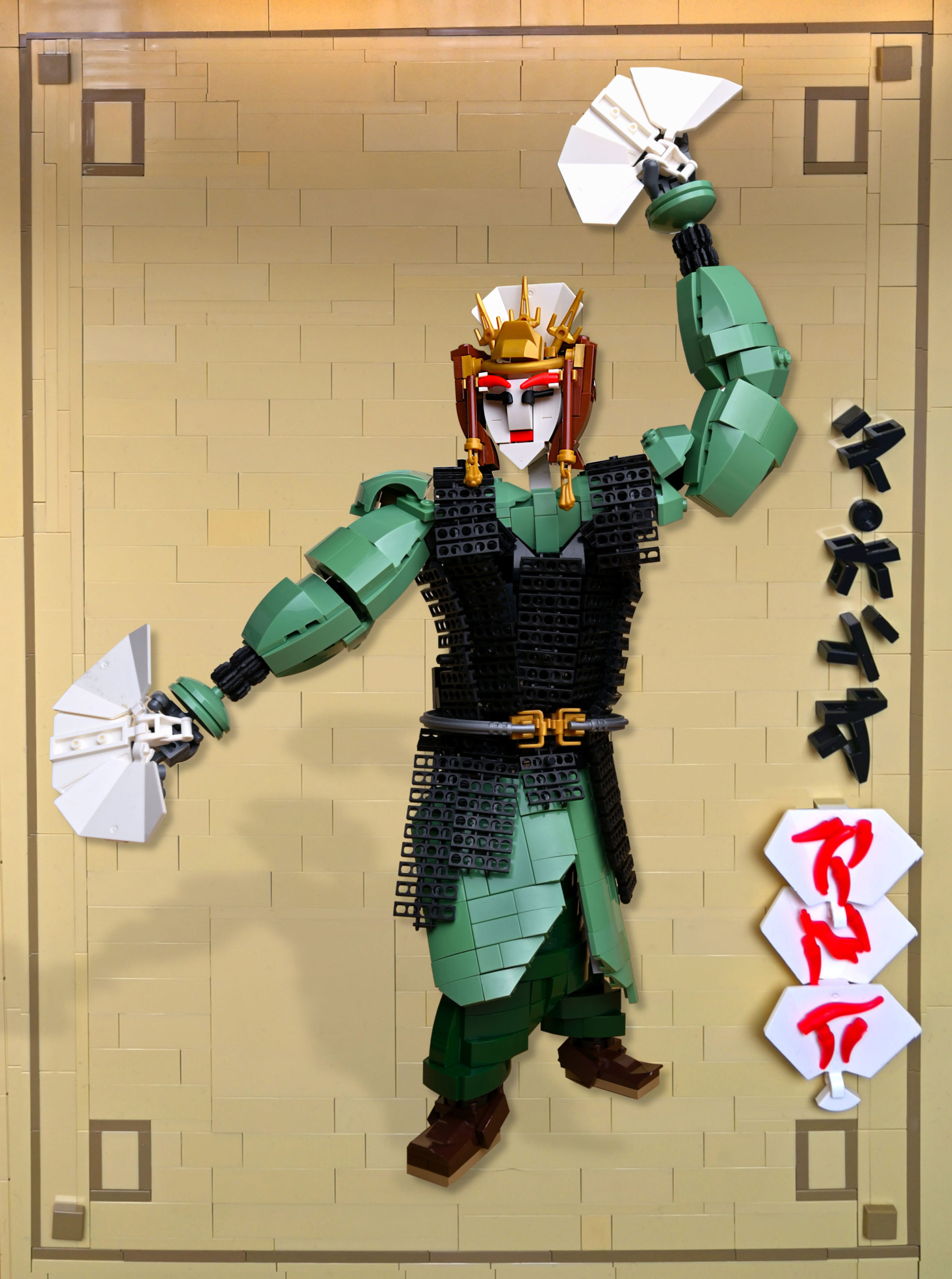 I’m sorry, my warrior is not a big fan of your ballerina. There are warrious ways to the top, but only real champions fight for their victory and don’t dance around the swan. 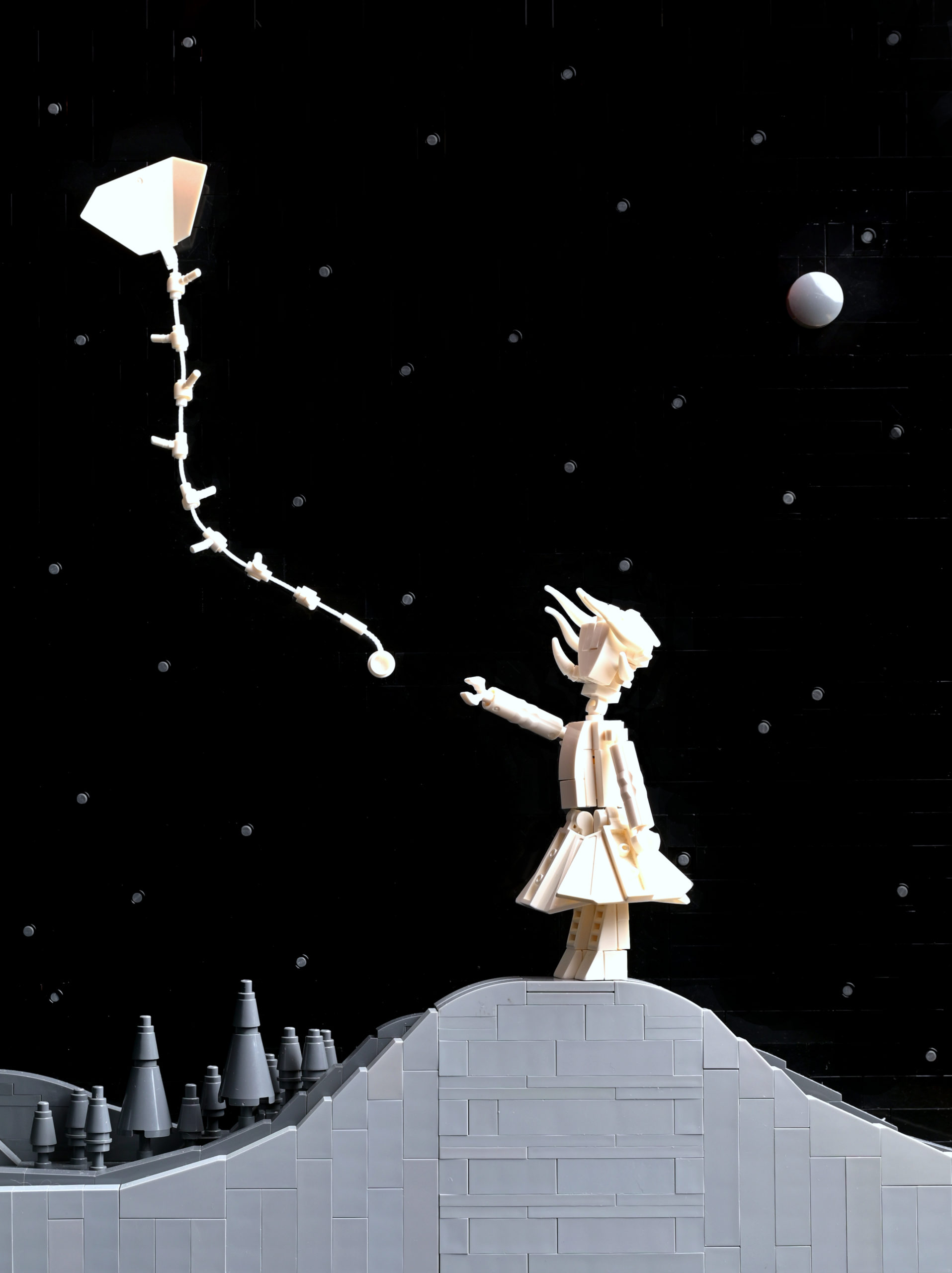 I don’t wanna be too dark looking at the future, Kite, but I see your dreams of success flying away right now. 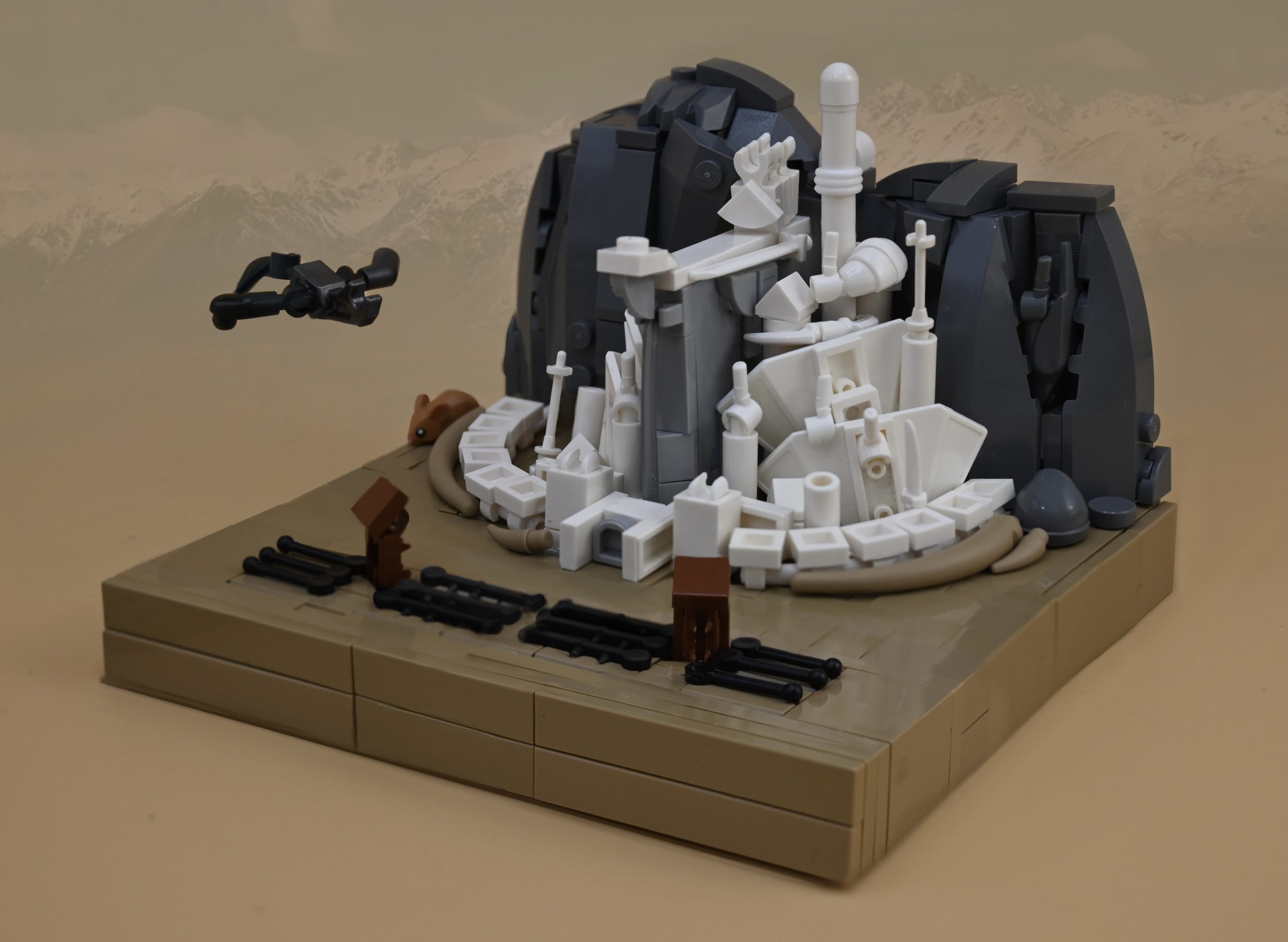 Drifting away? I see it that I’m heading for victory and the stars! I have been Tolkien about making this with the seed part since the first day. Perhaps Elessar builder would have abandoned the idea, but I persevered! And now your prospects of winning Ara-gorn! 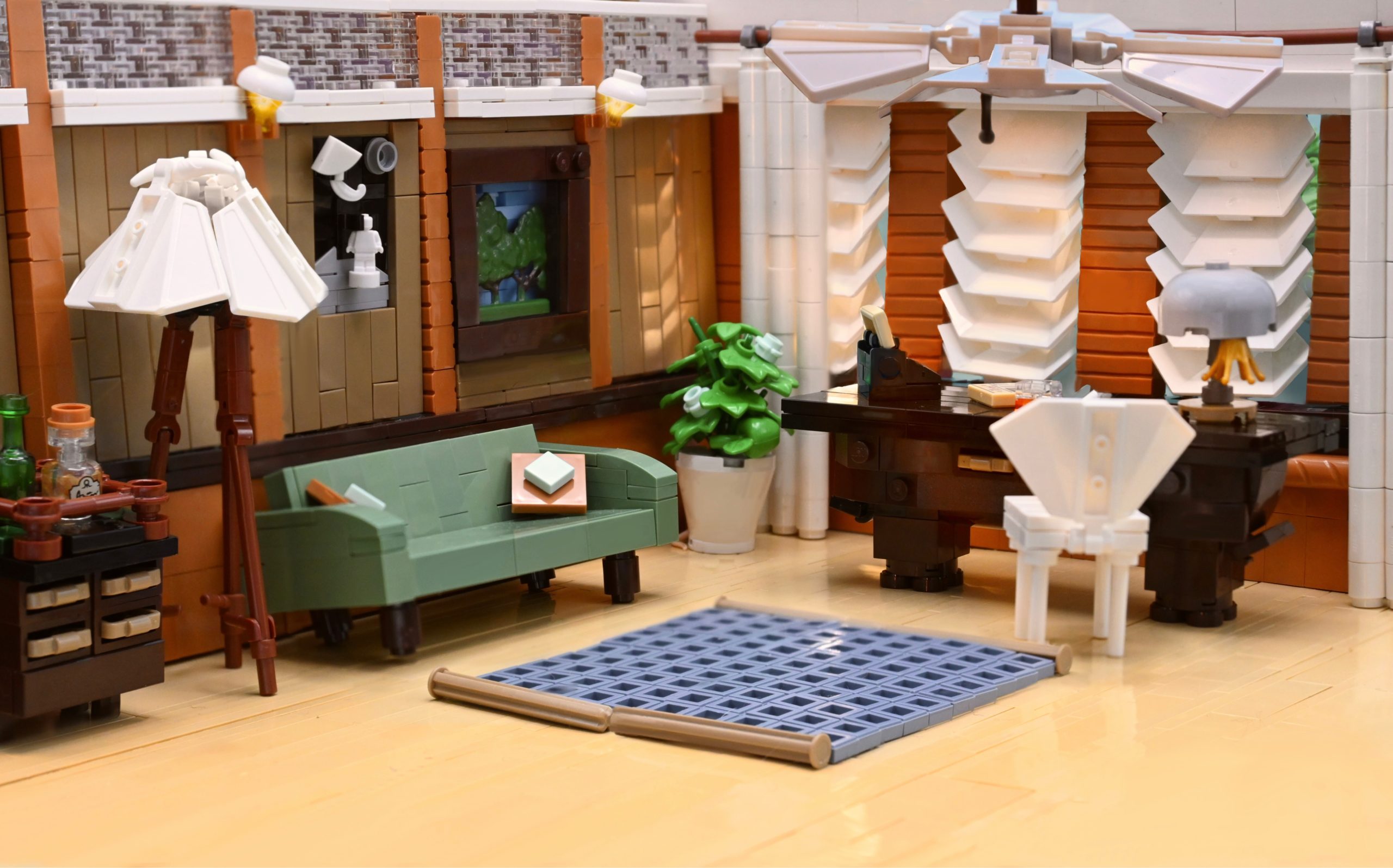 Don’t Give Up Your Day Job

While you’re being blind-ed by the night Elias, I’ve just gotten a promotion. Just check out my new office, I guess you were right about me soaring high – don’t give up your day job! Or could you not chair less about my success? 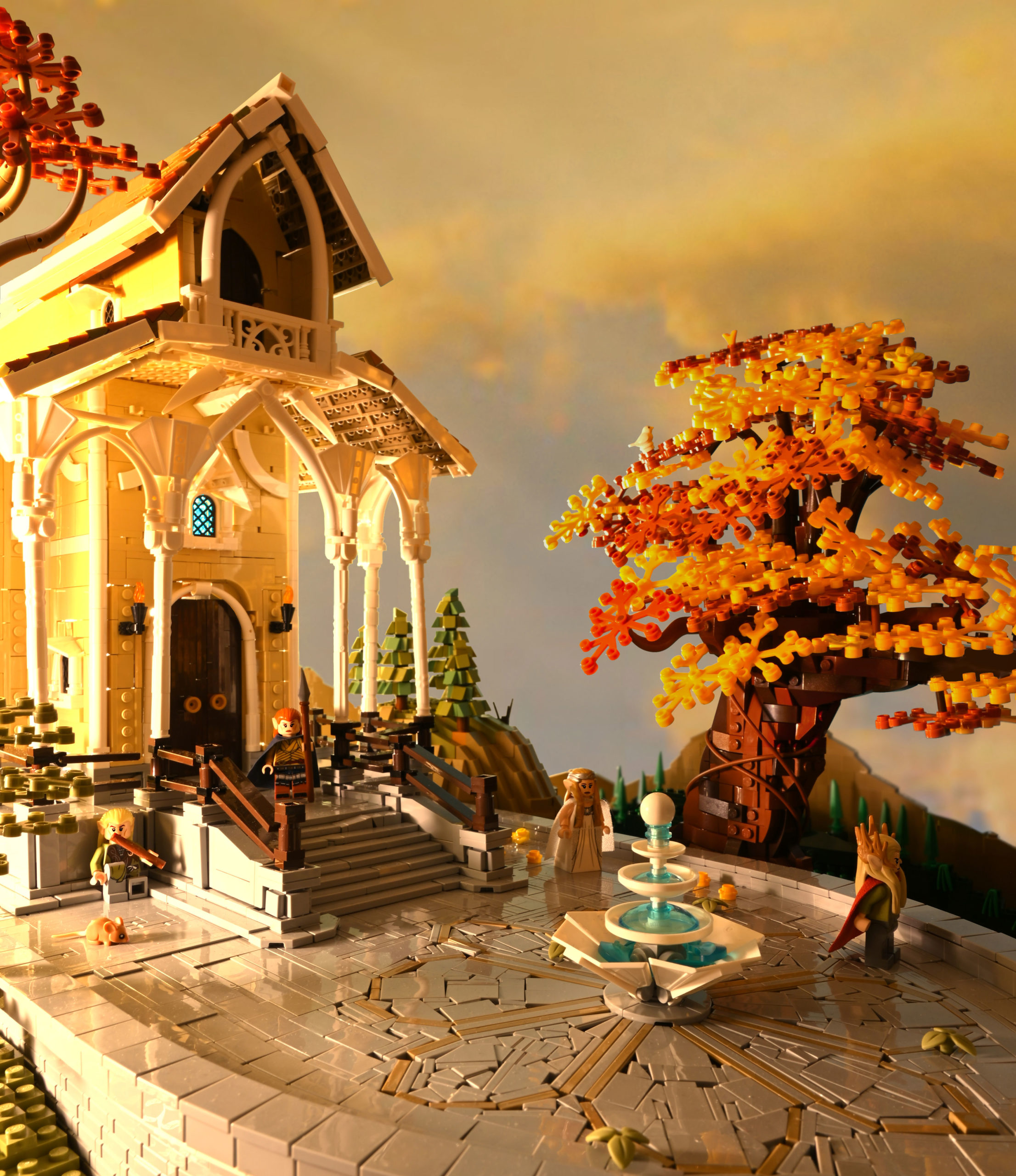 While you work yourself up in valinor with your job and are treeted badly in the process, I have already arrived at the most beautiful place in the world. 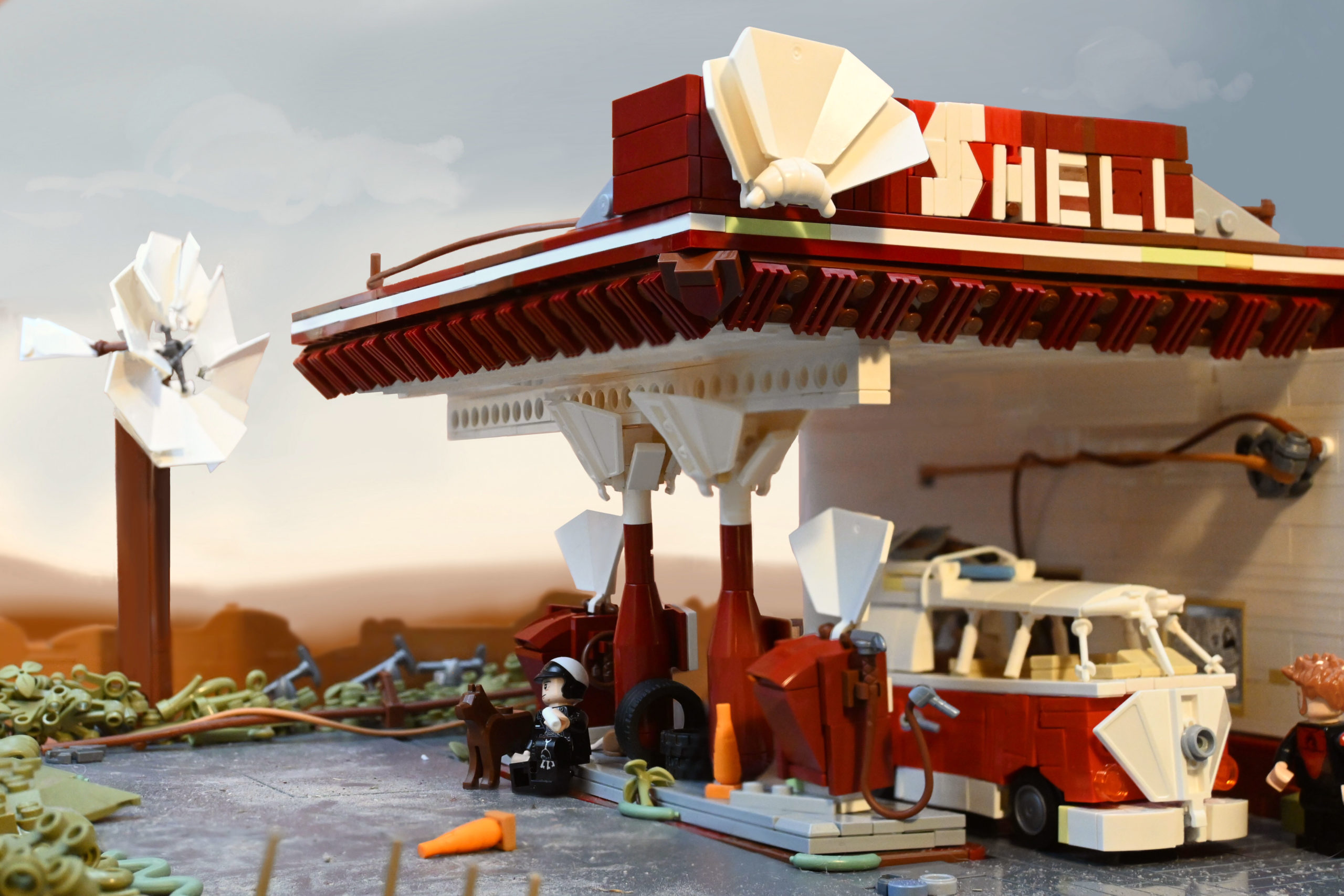 Headed Home after the Beach

Did that build tyre you out? Took you a while, hope you’re all refuelled? I respect your valar, but I’m miles ahead. As the surfer leaves the shore, I’m turning the tide with this round. 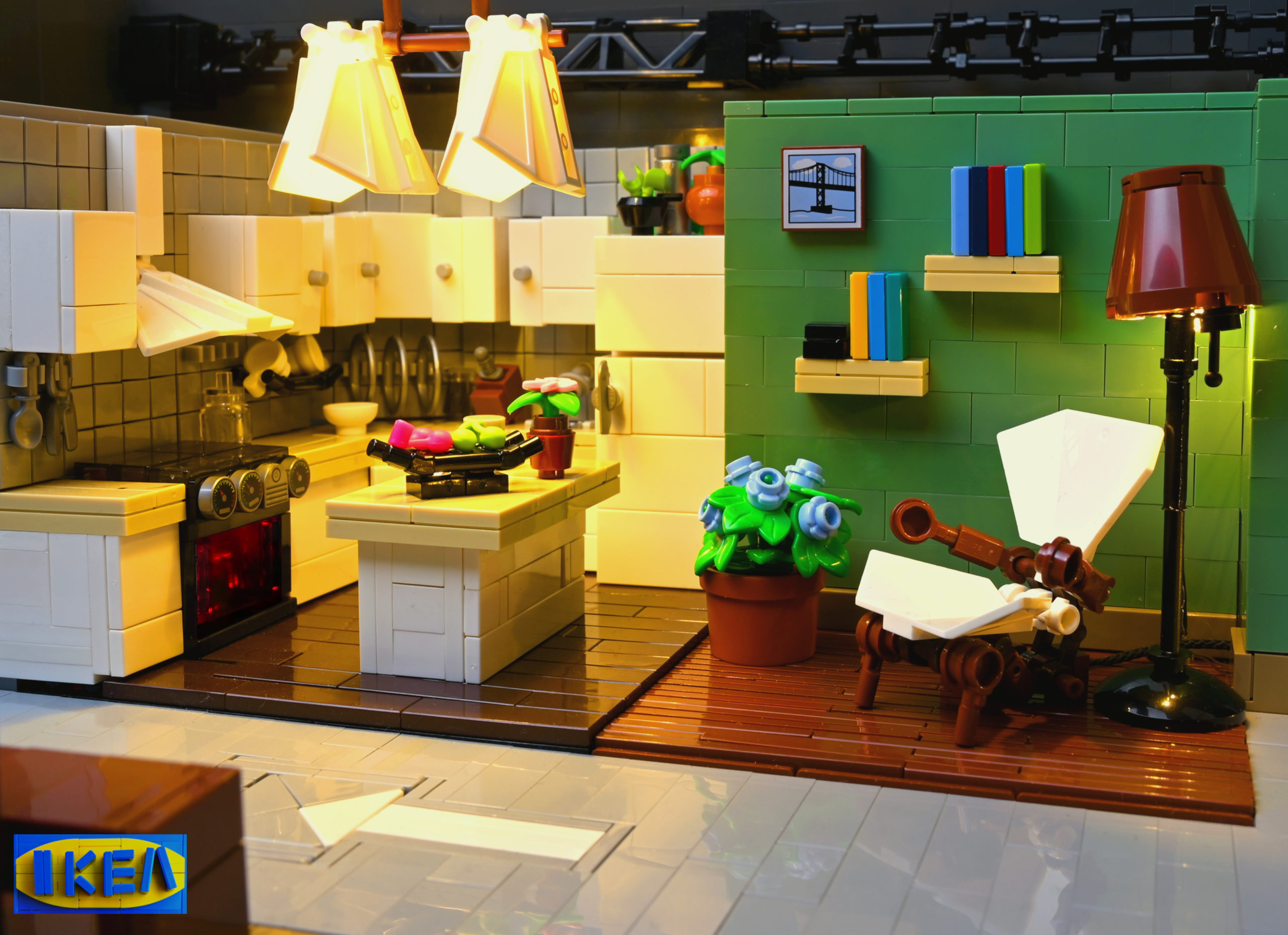 I kea less about any miles travelled, more about comfortable, soft armchairs to sit in after I’ve restored my title. 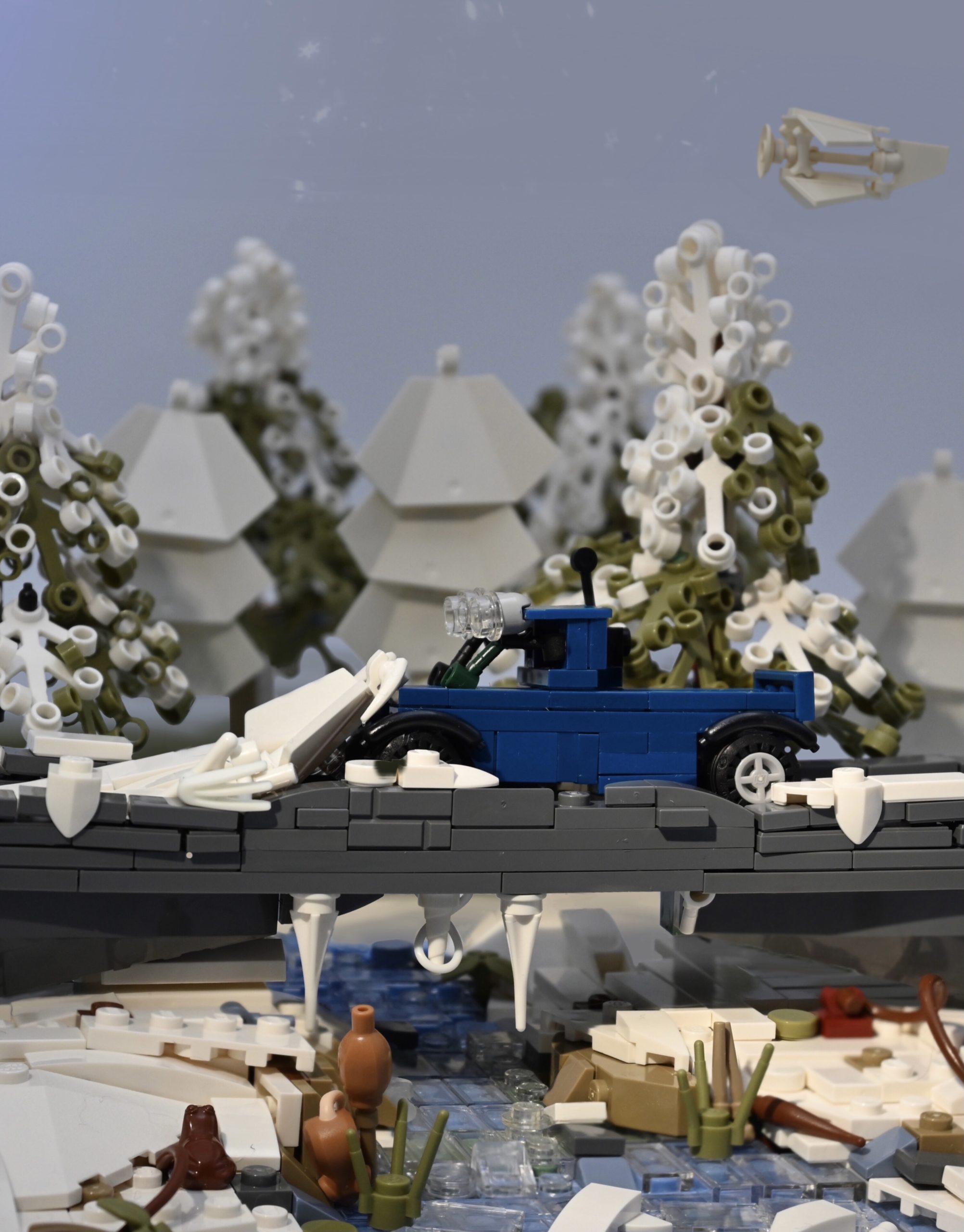 Plowing a Path of Victory

Don’t try to build a pun about IKEA, it’ll take too long to put together. So close, yet sofa Elias – time waits for snow man. Icy your talent but I’m ploughing my way to victory by bridging clearing the way to build seven! 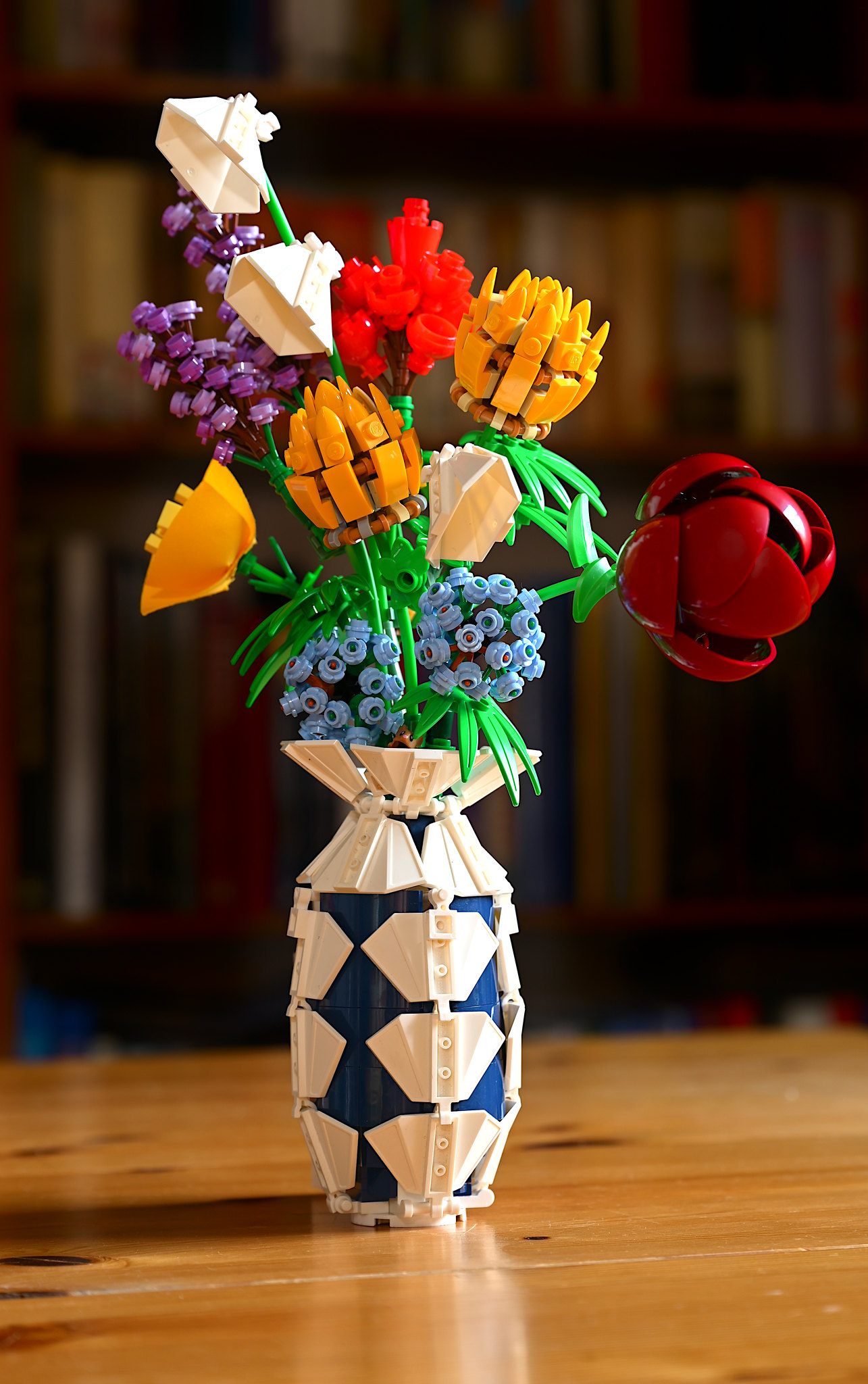 While you are still stuck in the depths of winter, I rose earlier and am now in the flower of my creativity. Seeing the disappointment on your vase, I brought you flowers to cheer you up. 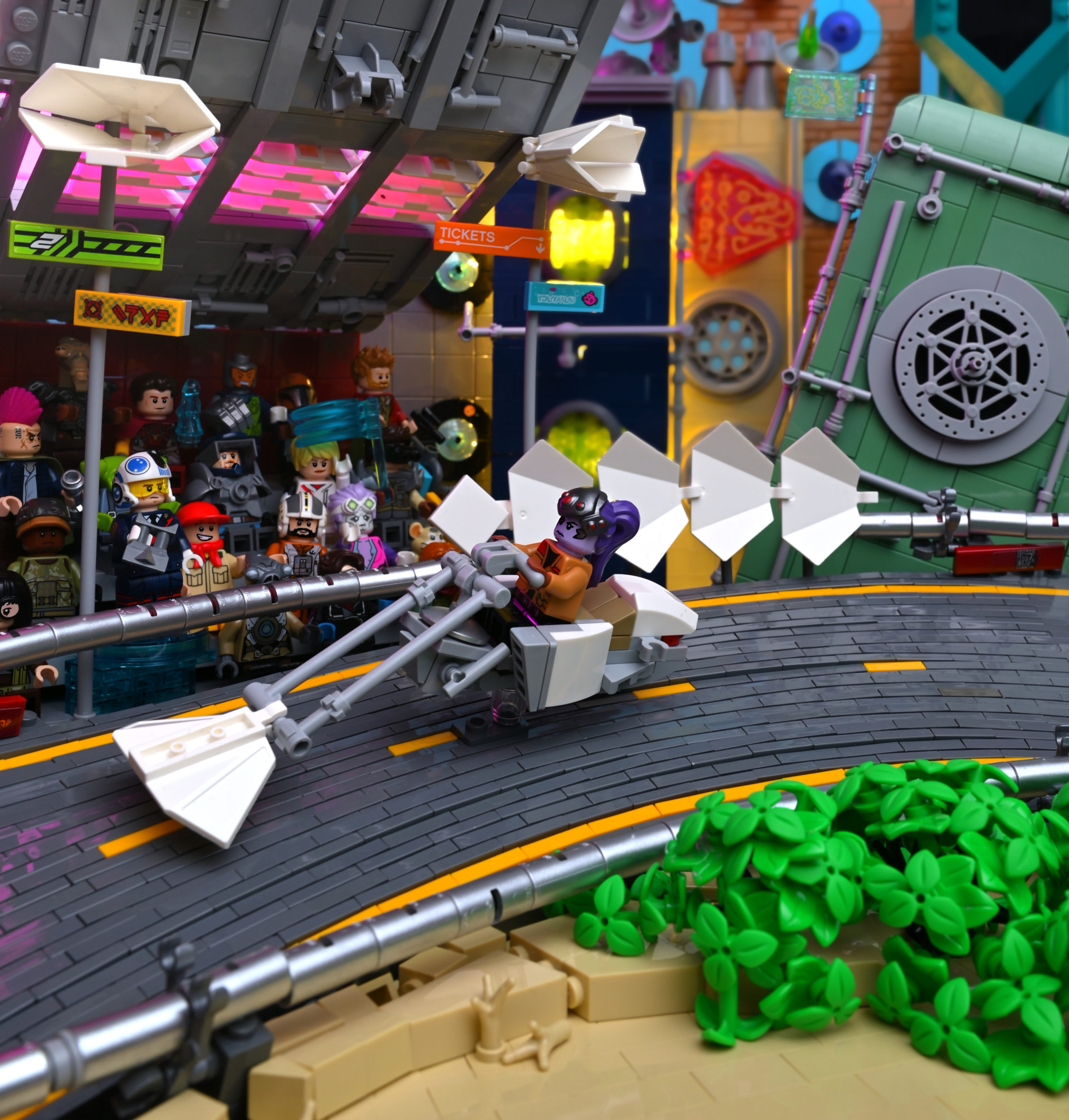 Time for the final sprint, Kit ! I hope your tank is still full enough to compete against my speeder bike. It was a close race, thank you for racing me to ever new top speeds ! 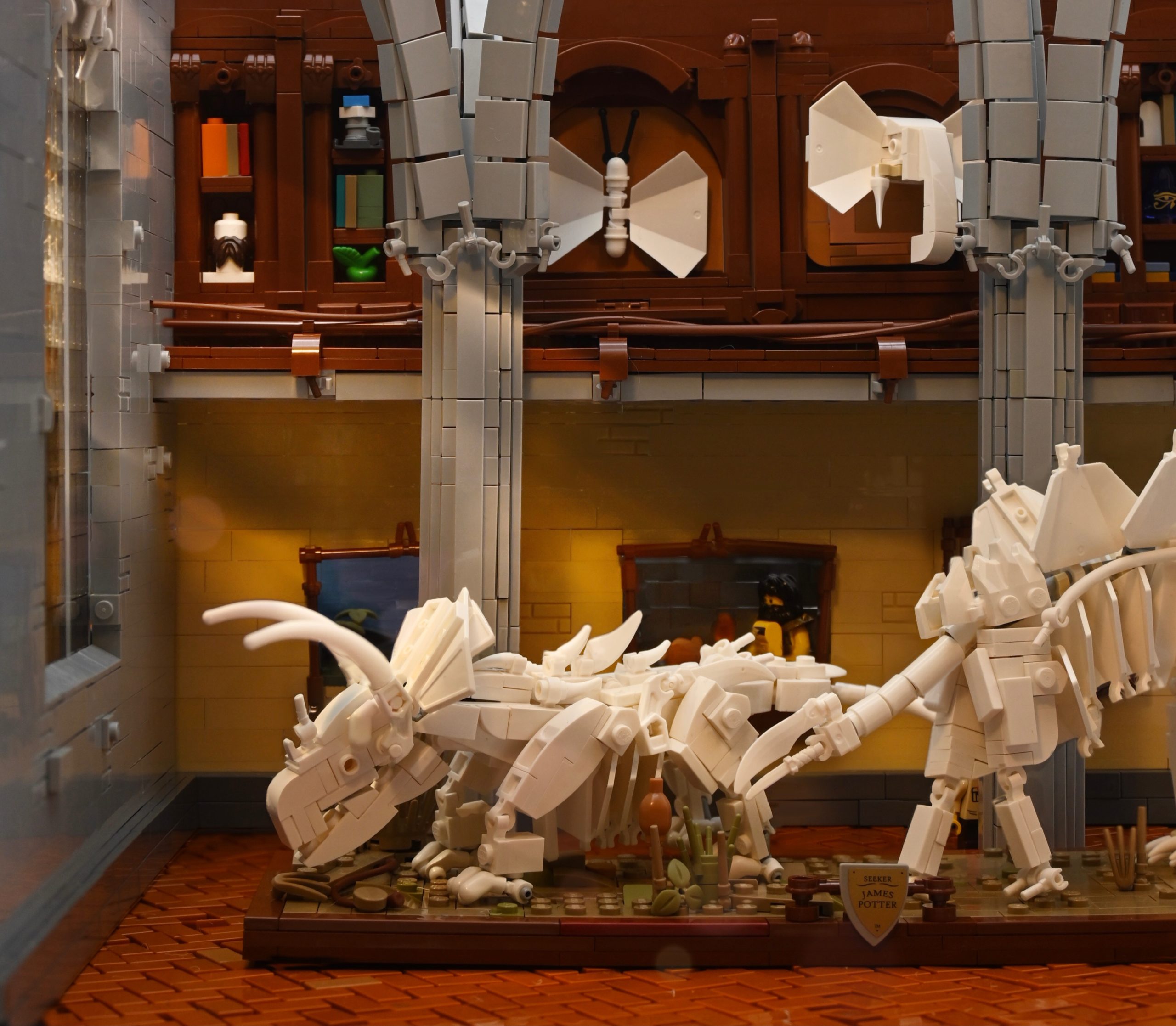 One for the History Books

Forget about the future, I’m making history! Like a kite, I’m sauring to claim your throne my bone. It’s im-fossil-able for you to win now. But, together, we will both go down in history!

Round 9 is officially over!

It is now in the hands of the judges to decide who willcome out victorious!

Both builders did immensely well!

Ironically, for each category in which I found my favorite display, my score ended leaning for the other.
So even if my judging gives the lead to one, I do want the other to know that they hold my single favorite entry in that section.

Congratulations to both builders on another wonderful round of Iron Builder! I know first-hand how grueling this competition can be, so kudos to both of you for stepping into the ring and bringing your best to the fight!

Where do our builders fall in this case? This particular mystery piece was a tricky one due to the limited connection points, but both builders did admirably in using it as best as they could. Some of the standout builds for me were “Swan Lake” by Kit and “Fading Dreams” by Elias. Both of these builds simply wouldn’t work the same way with a different piece. “One for the history books” and “Iron Bay” were also excellent builds that featured multiple innovative uses in a single creation. When looking at all of the builds combined, I felt that Elias’s use of the mystery part was stronger and more varied overall than Kit’s. I found that in some instances Kit’s use of the piece felt forced, rather than integral to the build. In particular, I felt that Kit’s “Micro Terth” build, while creative, did not need the mystery piece and would have been a better build without it. I did not feel this way about any of Elias’ builds and so this is ultimately what turned my vote over to Elias in this category.

When it comes to build quality, both builders again did an excellent job. Many of the builds include special clever details that go well beyond what may have been necessary. I appreciated the wet sand in Elias’ “Iron Bay” and the distant trees and LEGO moon in Kit’s “Victorious Survivor”. I also appreciated that both builders did their best to make full immersive scenes out of LEGO wherever possible. Of course, not every build was top tier. I felt that the “Kyoshi Warrior” Was Elias’ weakest build, as the figure came across as rather blocky instead of elegant. On Kit’s side, I felt that “Plowing a path to Victory” was a rather messy. However, in the end, I found it difficult to say that the quality of one builders creations topped the others, so I have left this category as a tie.

In the last category of entertainment, I have to say that both builders tickled my funny side with their copious amount of Lord of the Rings puns. Thank you for the entertaining banter throughout the competition. Presentation to me falls somewhat in the category of entertainment, and in this area, I felt that Elias’s builds were stronger overall, especially with his use of natural lighting in a few key instances (though Kit’s dusted shell station did not go unnoticed!).

In the end, my vote lies with Elias as the victor in this round, but it was a close battle and you should both be proud of what you have accomplished!

Ah, the solar panel! I like this piece, and a year ago I wrote a little article about it for New Elementary to raise awareness about it; I felt it was largely forgotten by the builders. Therefore, I am very glad to see it as a seed part.

Then we have here two contestants, who both seem to belong to the “organic school” of builders, with loose bricks in the models and imaginative if haphazard connections. Thus, the antistuds of the seed part seemed to be bit overlooked on the entries.

Both builders made models on different scales, and minifigures and their world are not over-presented – a thing that I like. Kit and Elias both tried their prowess on character building; Kit with his tender mechanical ballerina and Elias following with a furious Japanese fan-fighter with a familiar face. I always like to see character models, but I also recommend both builders to take a closer look on human proportions. A surprisingly big part of people is made of legs. I’m also not sold to Elias’s use of photoshop on this model, combining the background with unconnected (but convincing) markings. It would have been challenging to make the model photographable with “one shot”, especially with IB’s tight timetable, but I think it would have been worth trying… On the other hand, and other scale, Elias' vibrant pot of flowers was one of the best (and best presented) MOCs of the round.

On the thematic side, Kit especially seems to be living in the past, with nostalgic images from the time of golden sunsets, real cars, bi-planes, samurais, and dinosaur bones; Elias’ time-space was more various from the Elder Days in Aman to futuristic sci-fi-setting.
While his peaceful illustration of Quendi during the Age of the Trees convinced me more than Kit’s Siege of Gondor, had Kit’s snow scenes – especially the first one with those beautiful spruces (where I would have omitted both the fig and the mouse)! – super heavy impact on my always-present longing of good winters! I also really like his museum scene, as a former kid who knows hundreds of dinosaur names. I can even feel the nostalgia of his Shell scene, even though I’ve never been a car person and I don’t want to know how some of those parts are “connected” – that’s the organic school for you… The seashell is also brilliant, as is the nod to Elias’ debut scene, which again is one of the best builds of the round (but unfortunately for Elias I have more nostalgia for snow than surfing).

Highlights of the round: Iron Bay, The Victorious Survivor, Fading Dreams, Iluvatar’s Creations, Headed Home after the Beach, Flower Bouquet, One for the History Books.

I must also confess that I was a bit embarrassed by some of the puns. English has such a low bar for puns. I recommend future contestants to look for alternative ways of creative taunting while keeping their puns diamond-hard.

The round goes to Kit