Season 5 – Round 3: Of Beetles and Bicycle Rides

Looking back at the final round of Iron Builder Season 3 – from May 2017.

Originally hosted in the Iron Builder Group on flickr.

Welcome to Season 5 – Round 3 of Iron Builder! 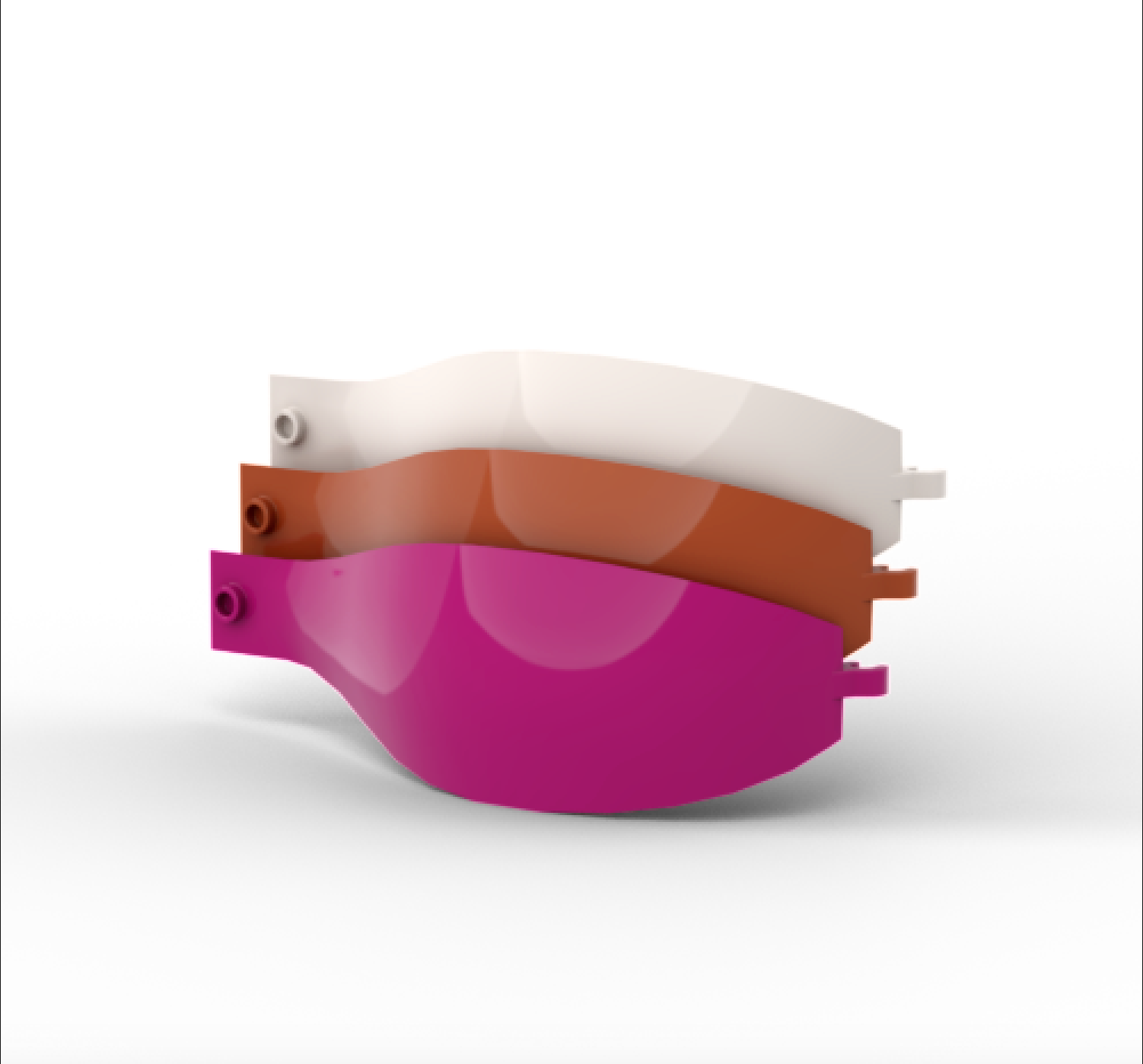 This round’s seed part is the 4x4x11 Curved Panel – in not one but three different colors! Our builders may use the colors freely and judging will not be impacted by the color(s) used in each MOC – colors will be judged with equal merit.

Wish them luck! Lets hope for some popping builds! 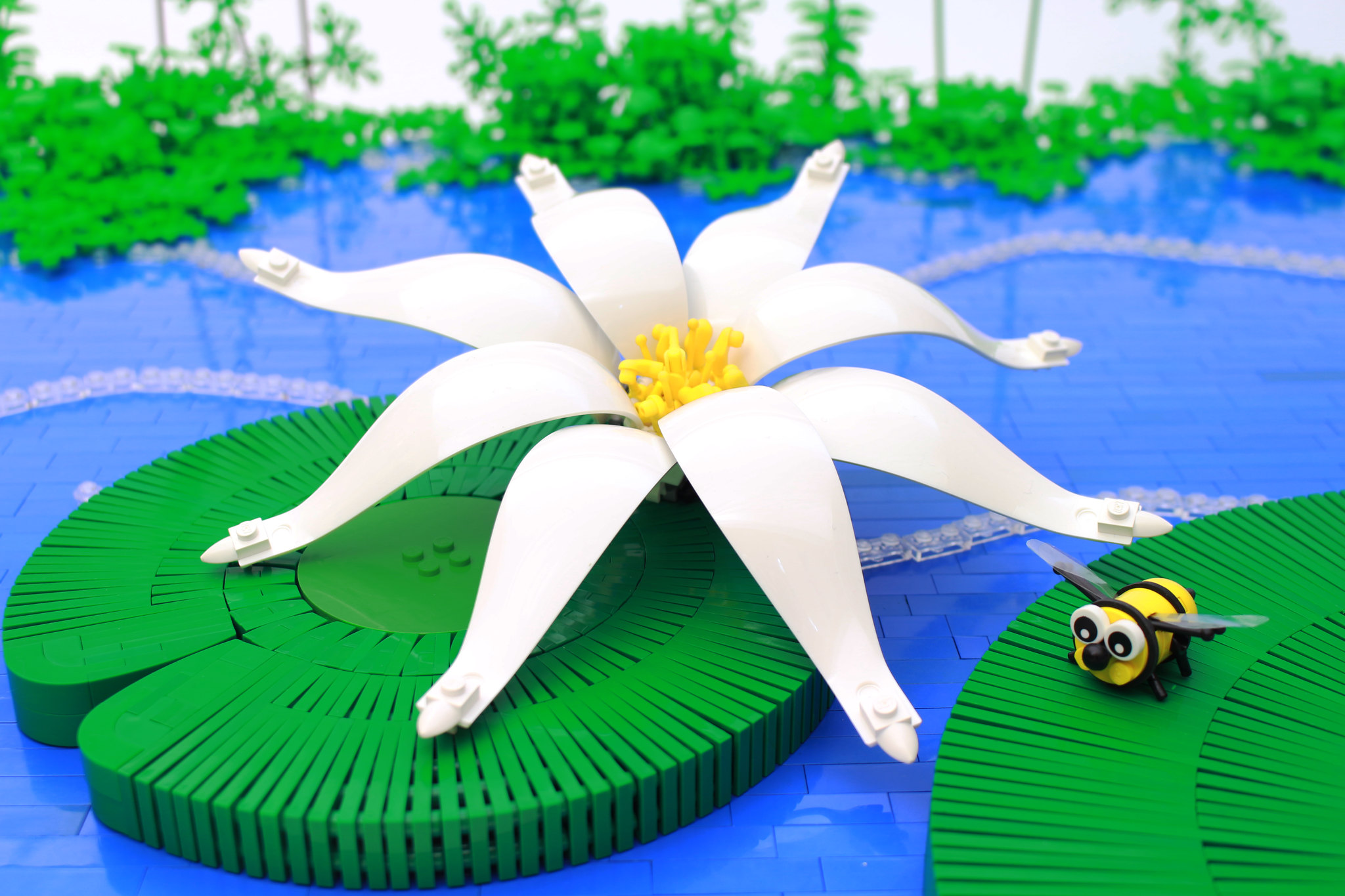 The Calm Before the Storm

“How calming. Just a flower, and a few lily-pads. Take in the serenity and peacefulness… before my storm of MOCs arrives!” 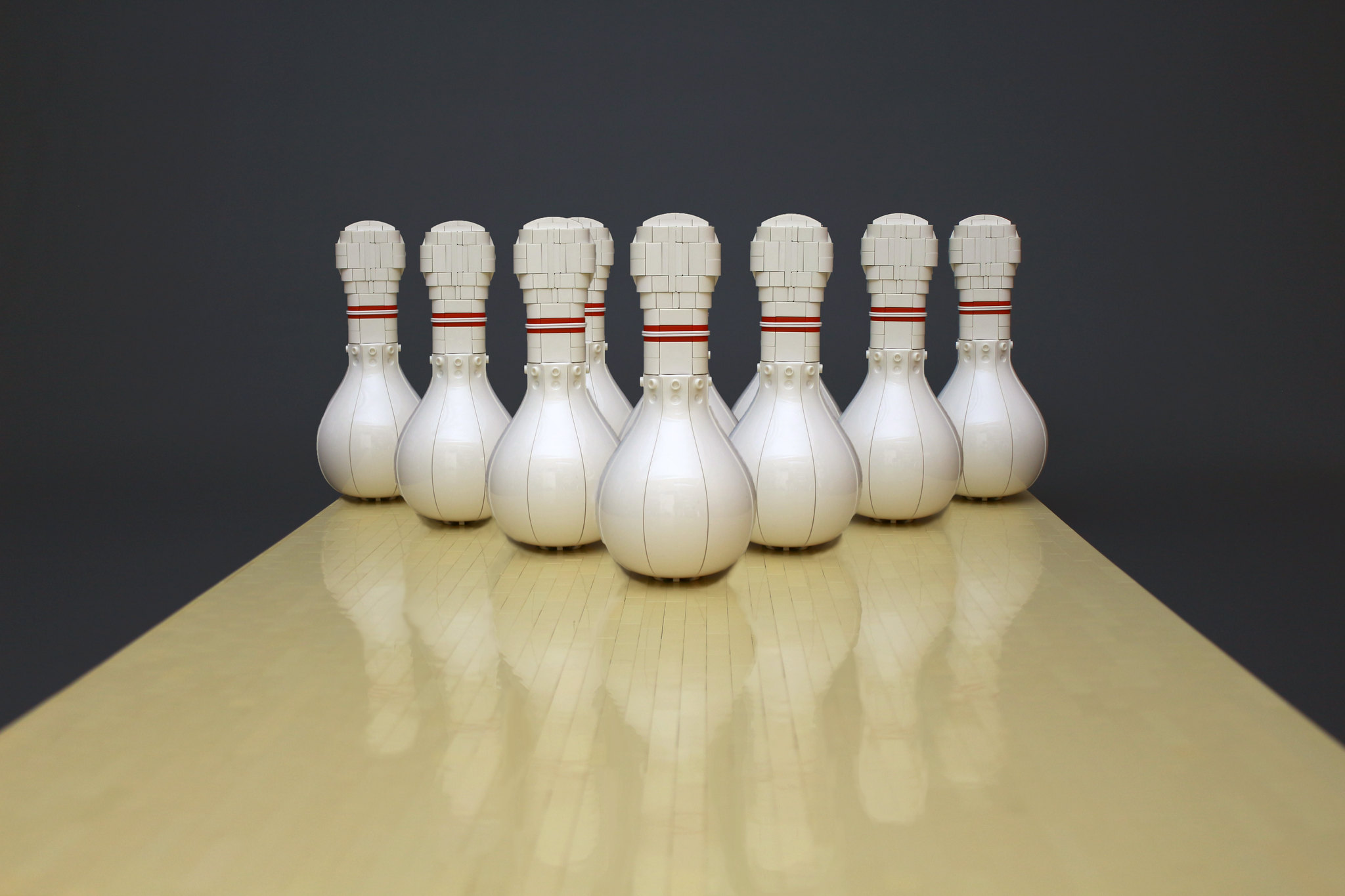 “No no no! KOS! you are supposed to make the ball hit the PINS, not roll it into the gutter!” 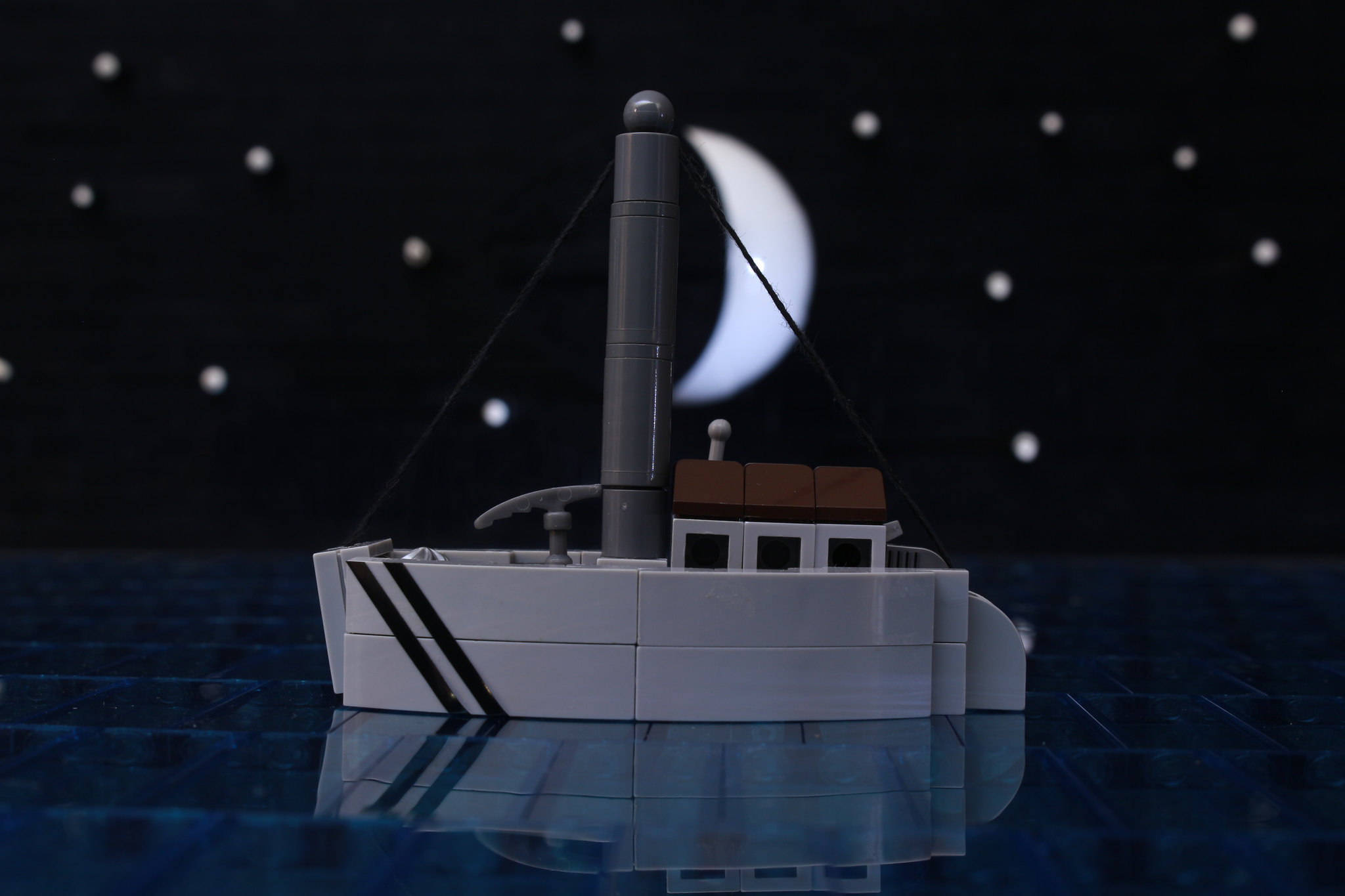 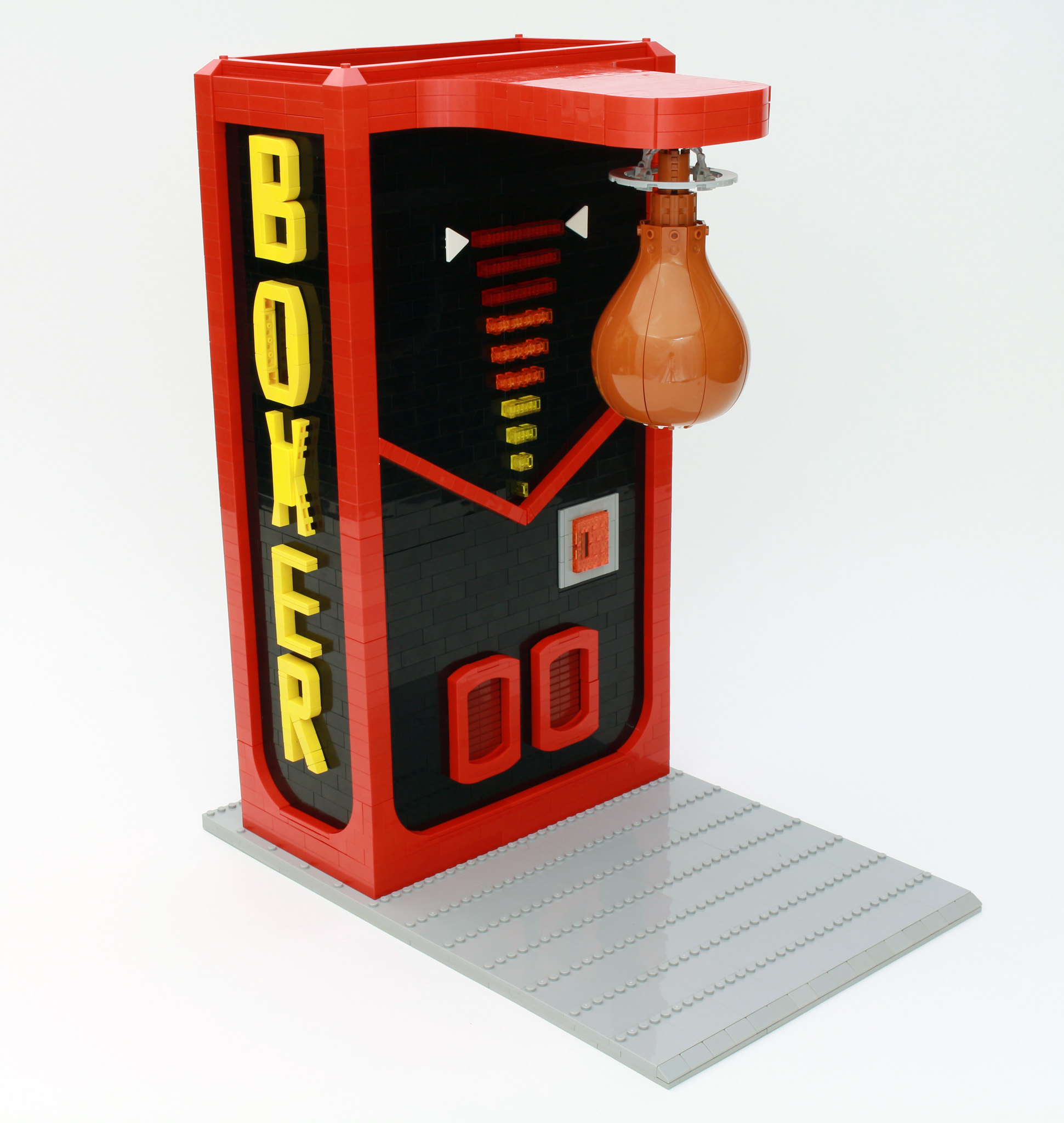 “Whenever you feel like it KOS, you can stop playing Games and enter the real ring!” 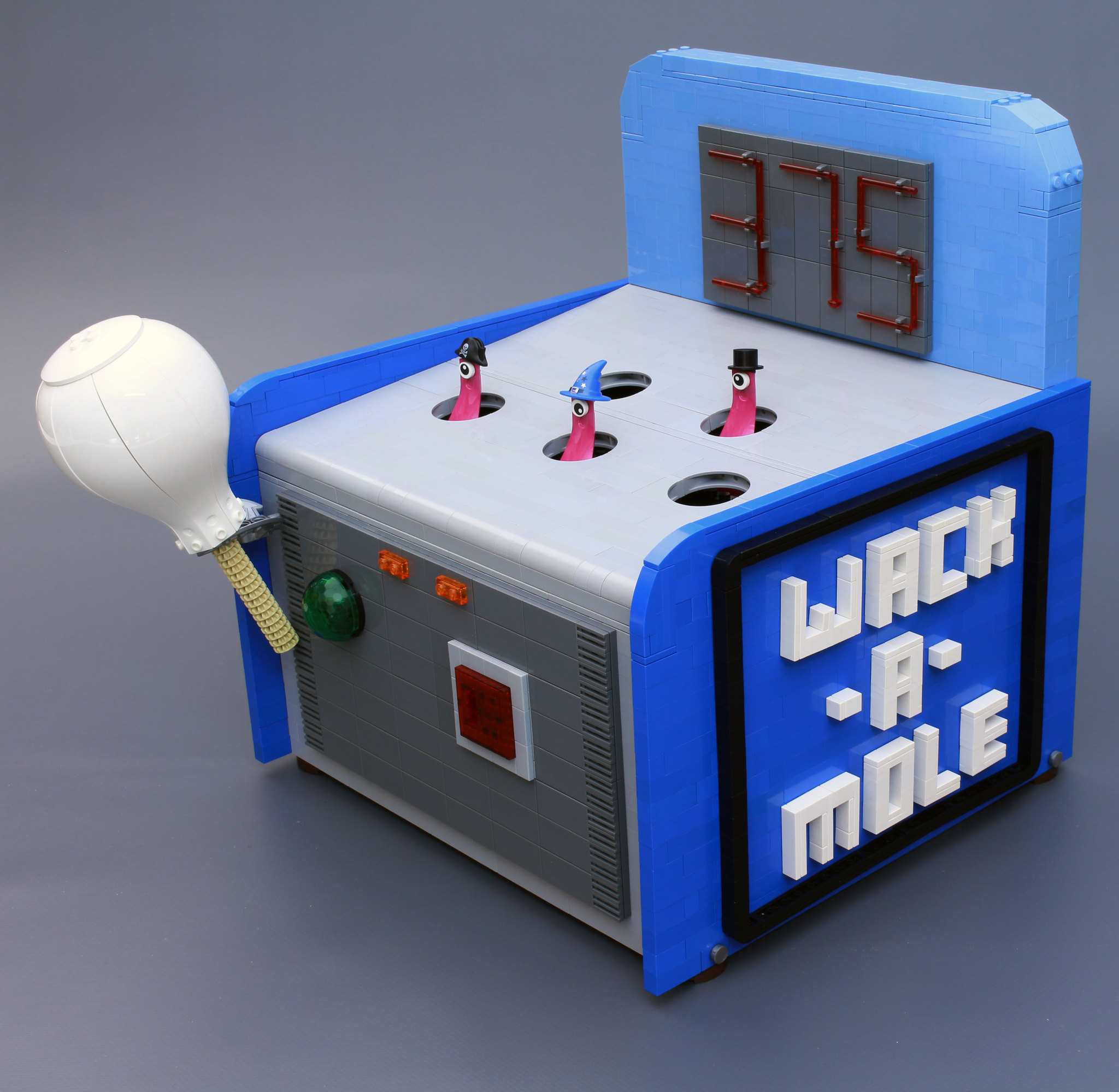 “Just be careful, when you do decide to pop up out of your hole, I will be waiting for you!” 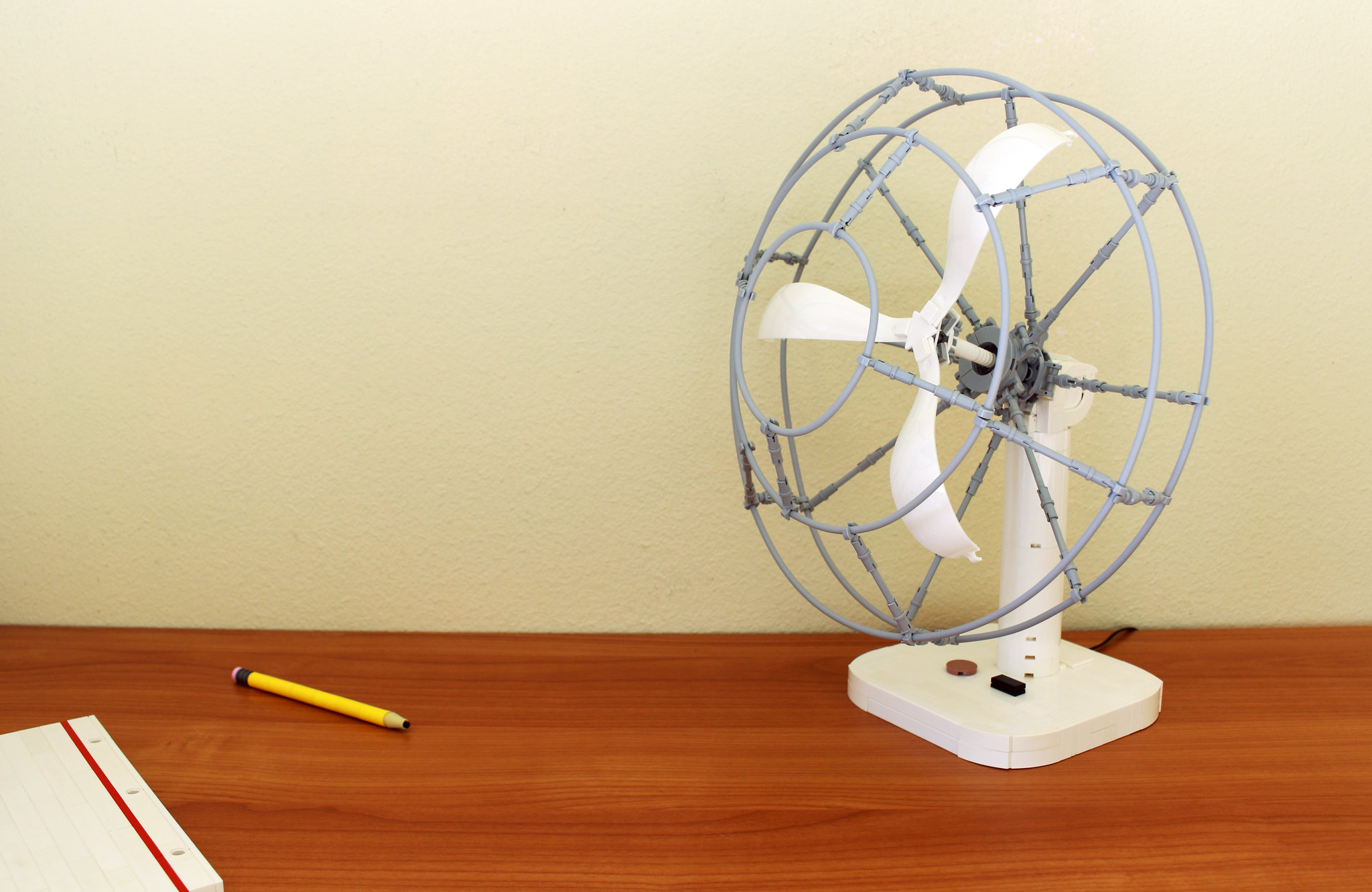 “I am sure he is no Fan of not building!” 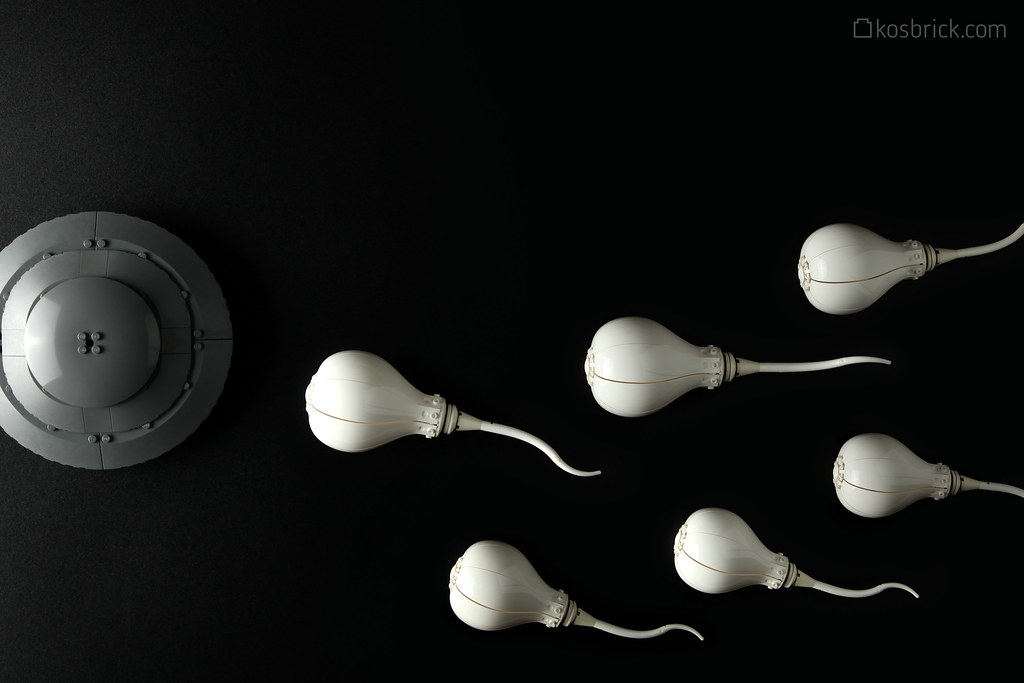 The First Competition in Our Life

“No one is born as a looser. Remember! You are the winner there. 😛 “ 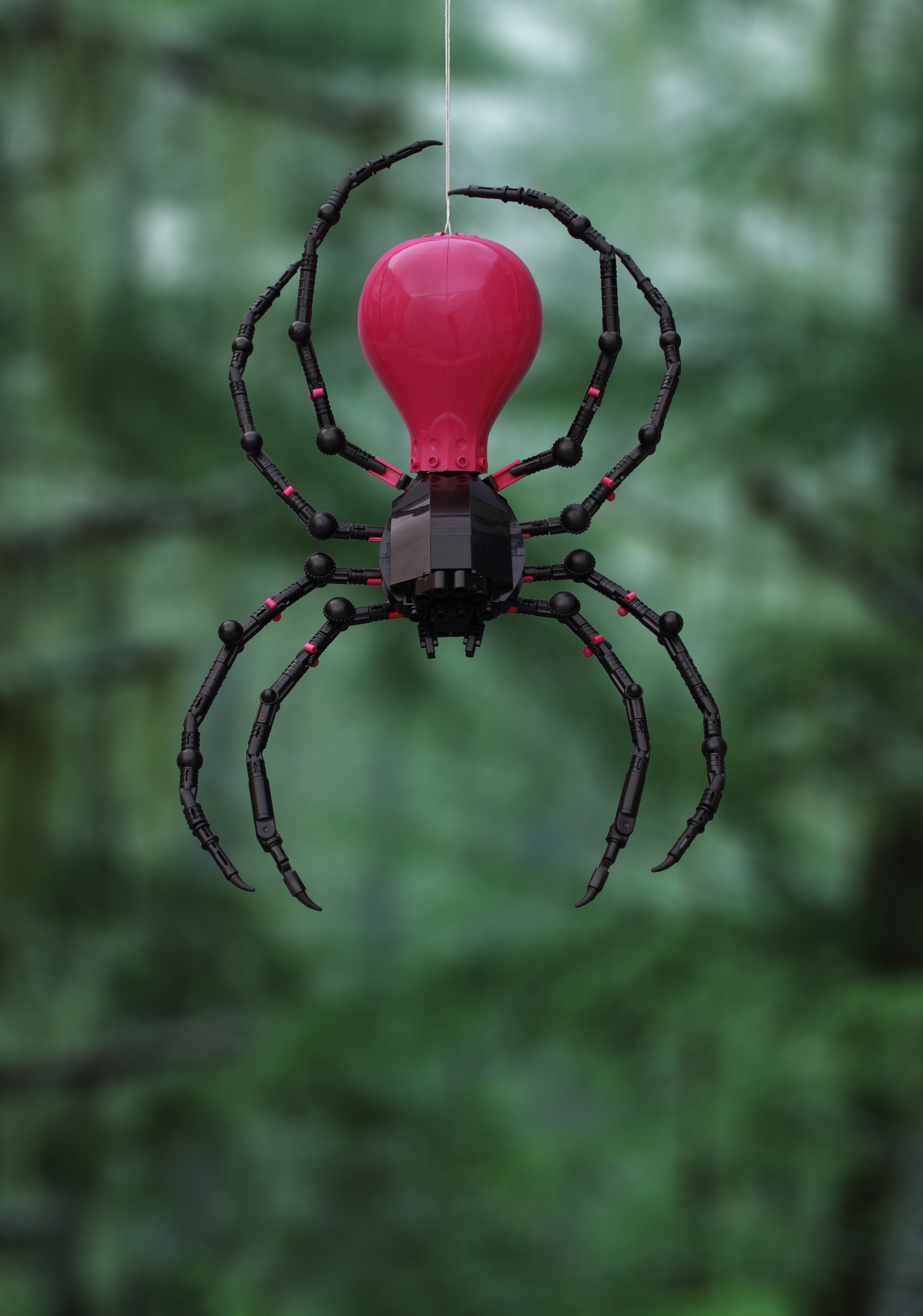 “Watch out KOS! Behind you!” 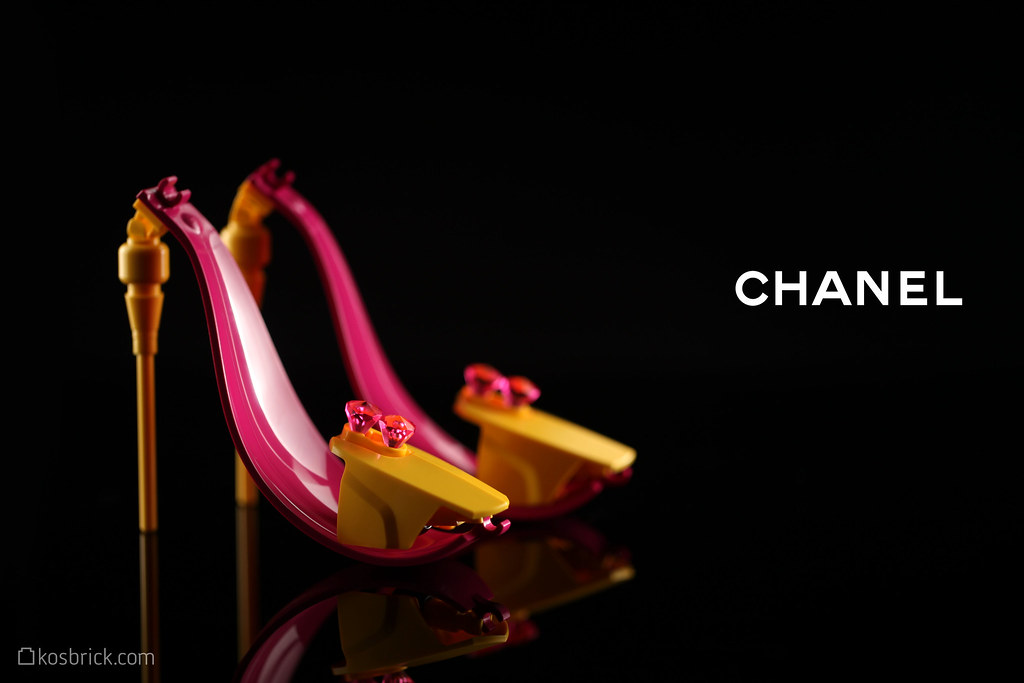 “No worries! I would hit that with my wife’s heels!” 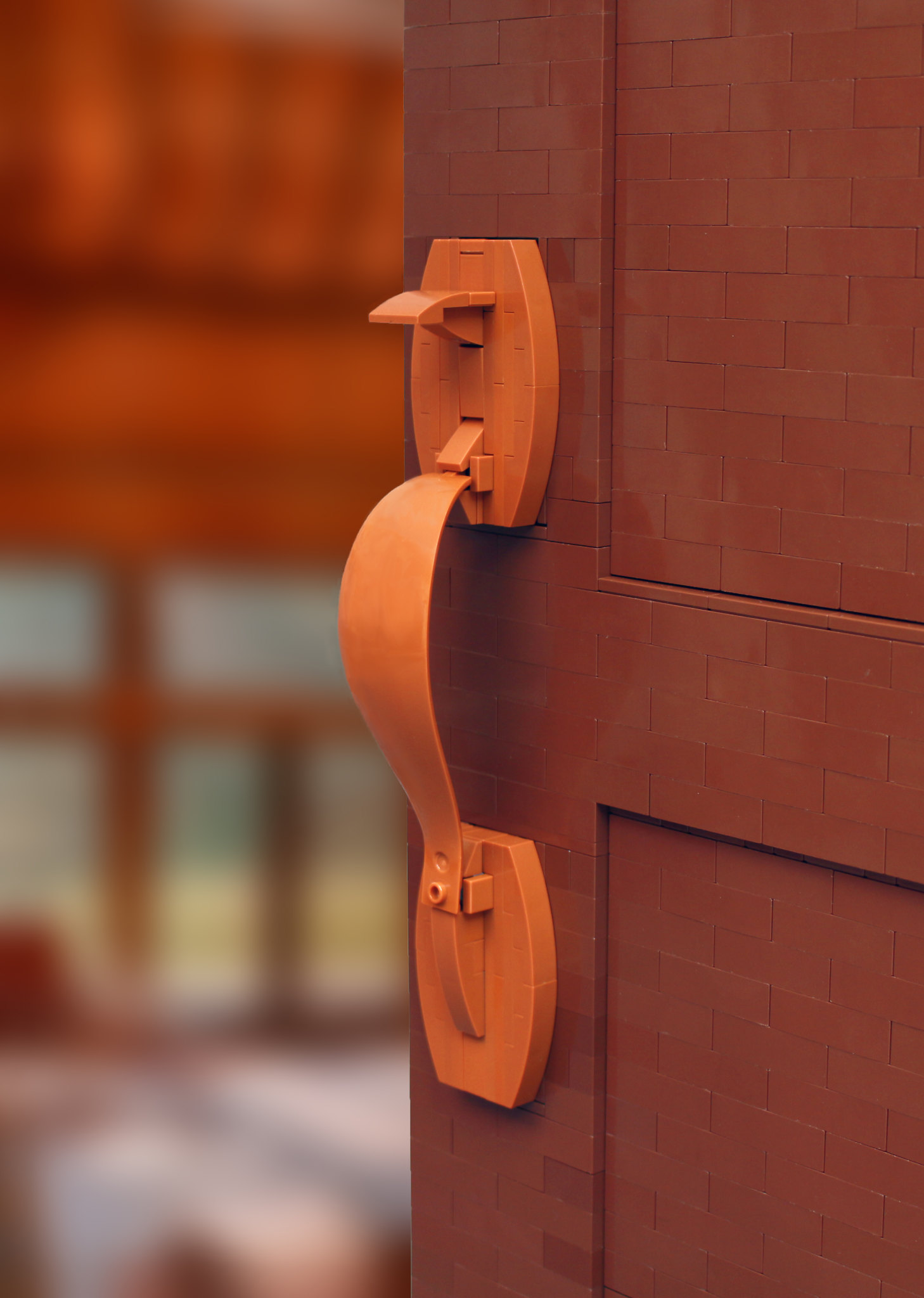 “Personally, I would rather just stay inside.” 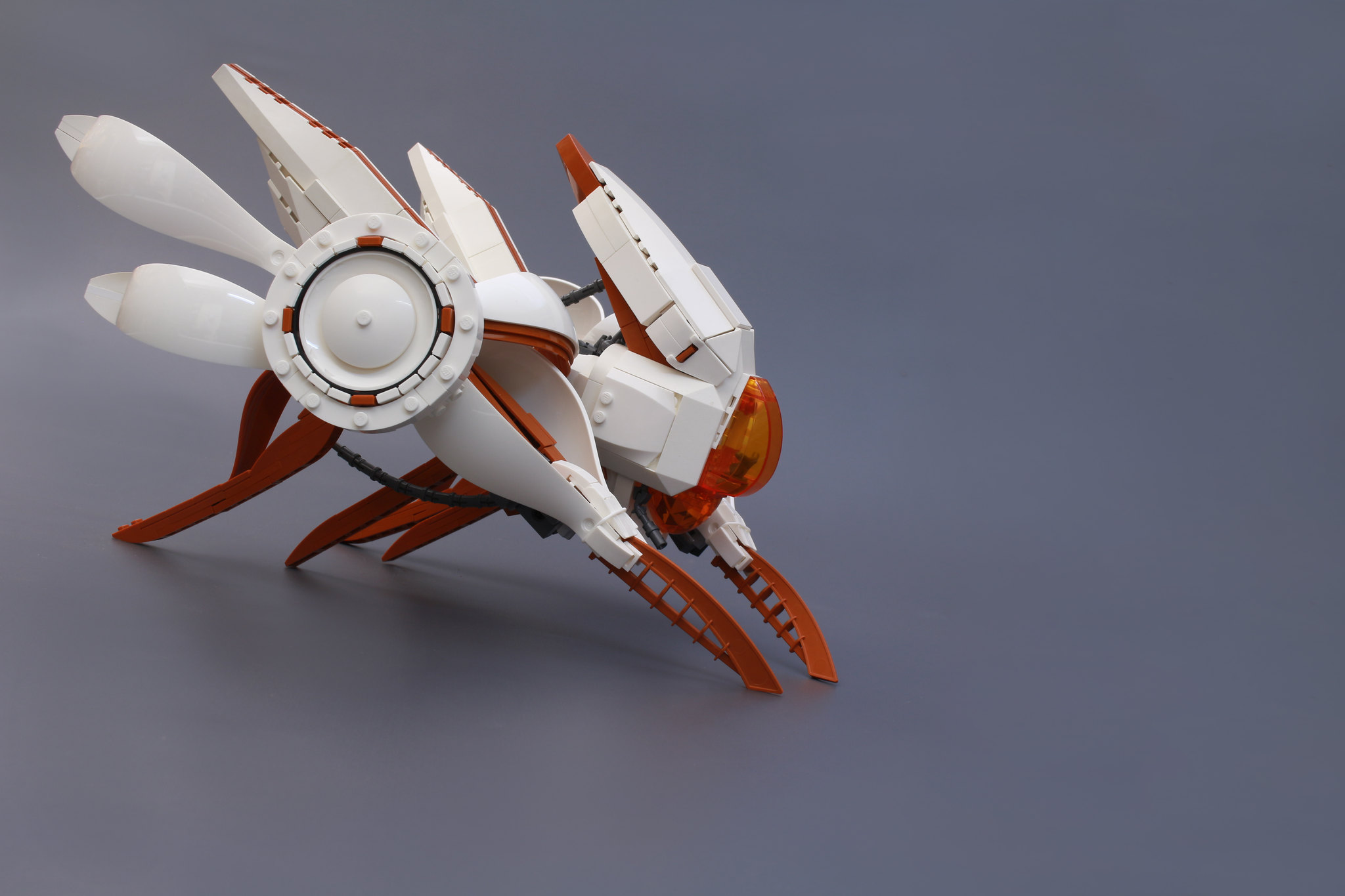 “Alternatively, you could nuke the spider from orbit.” 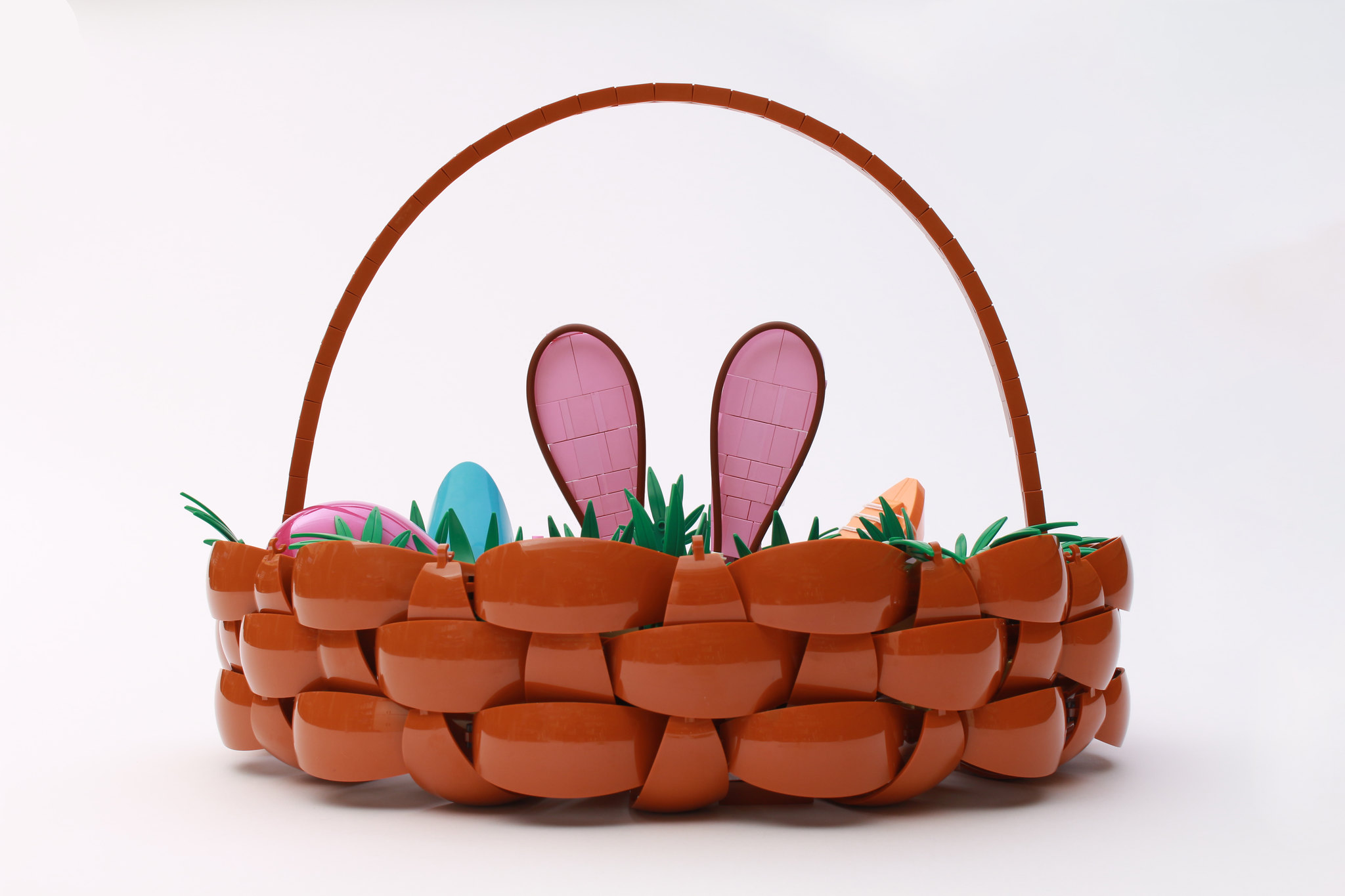 “I am really springing into action now; first person to stop posting is a rotten egg!” 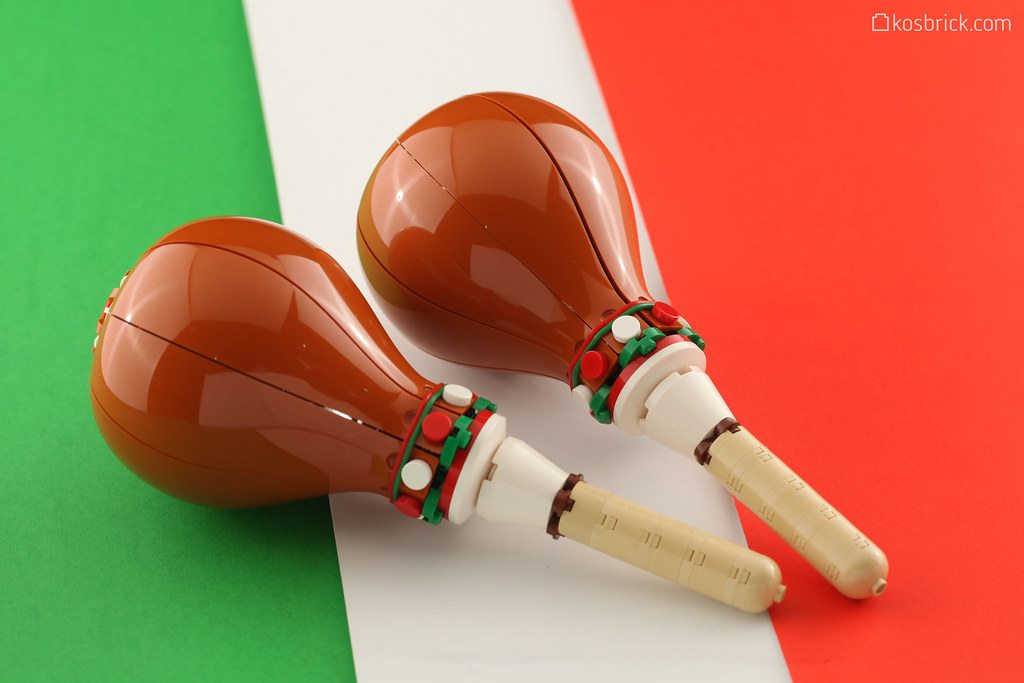 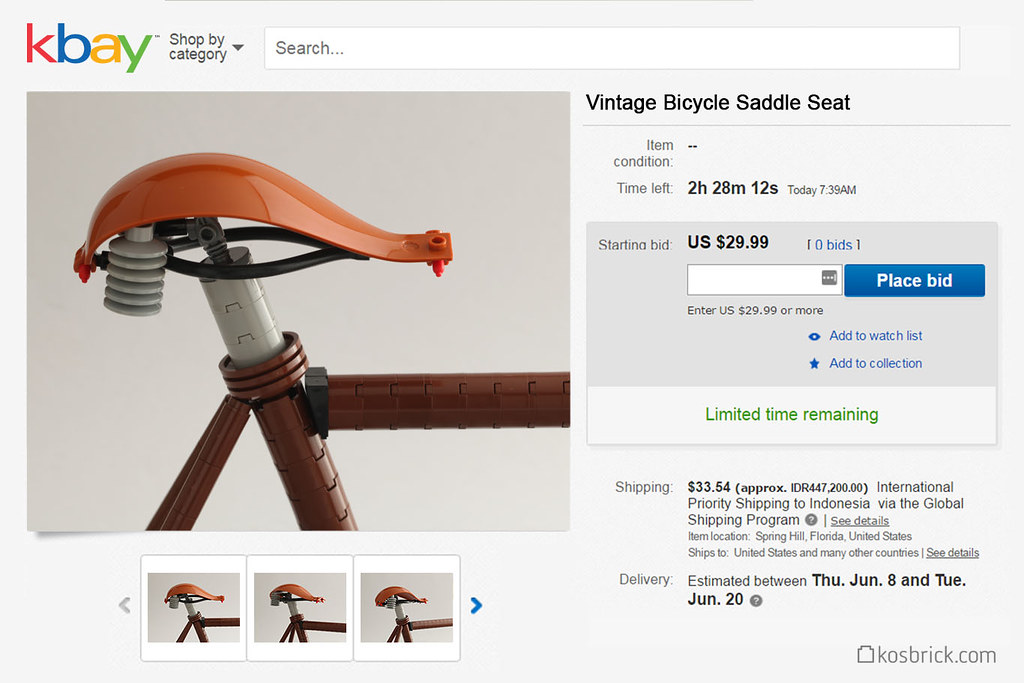 “How about a bicycle ride, Grant?” 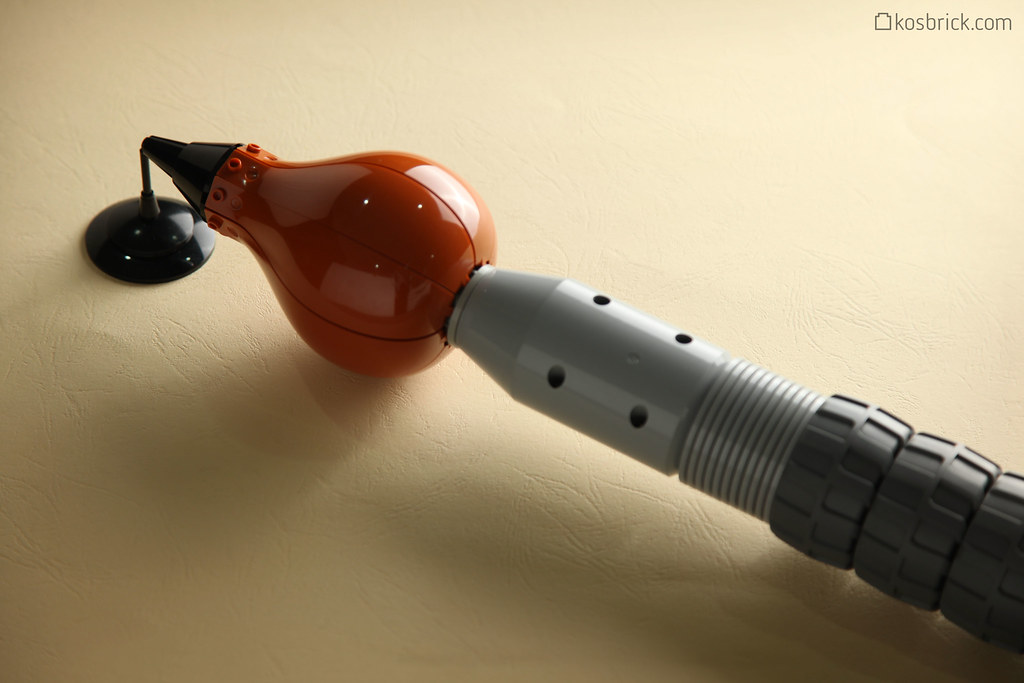 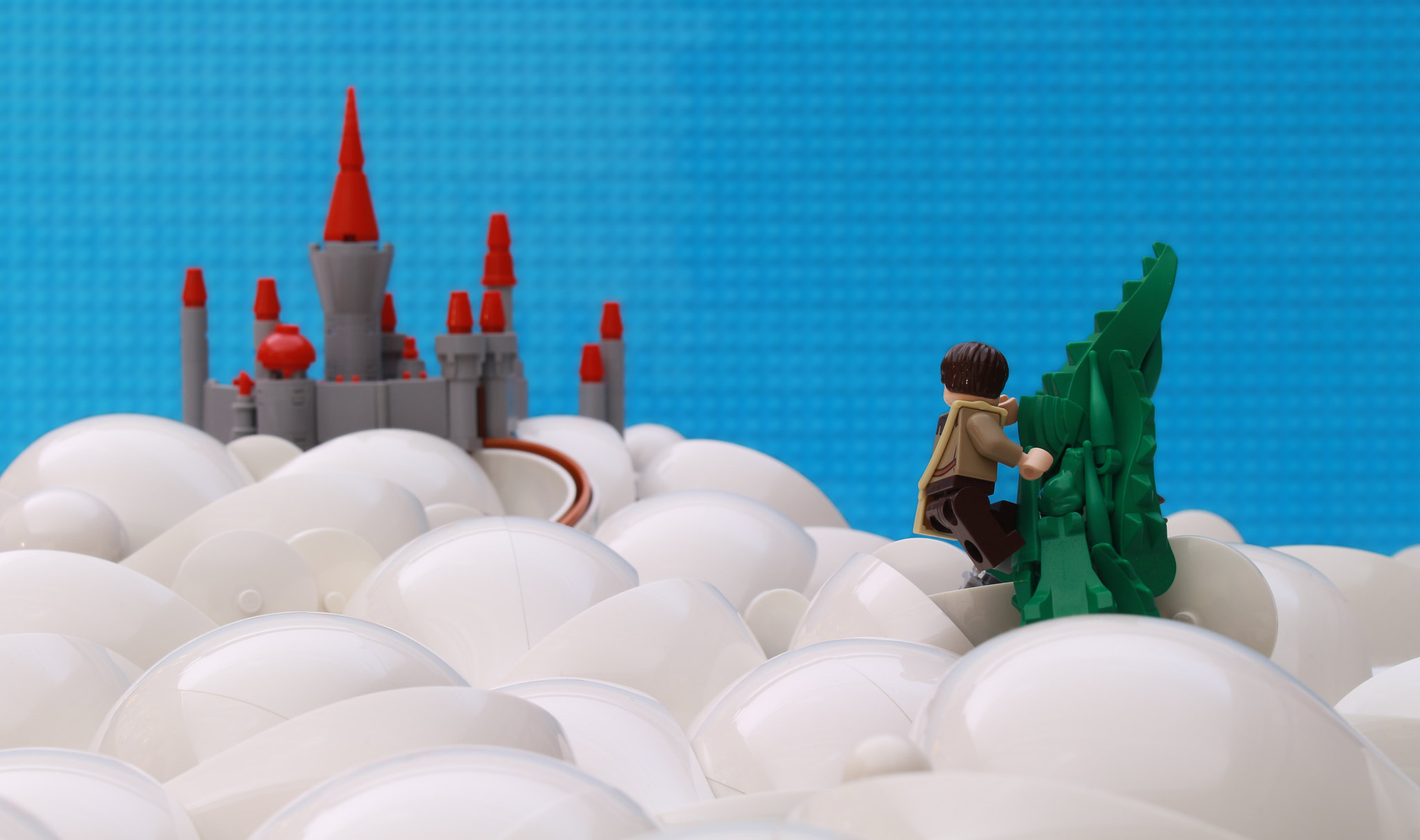 Jack and the Beanstalk

I would rather trade my cow for some magic beans!” 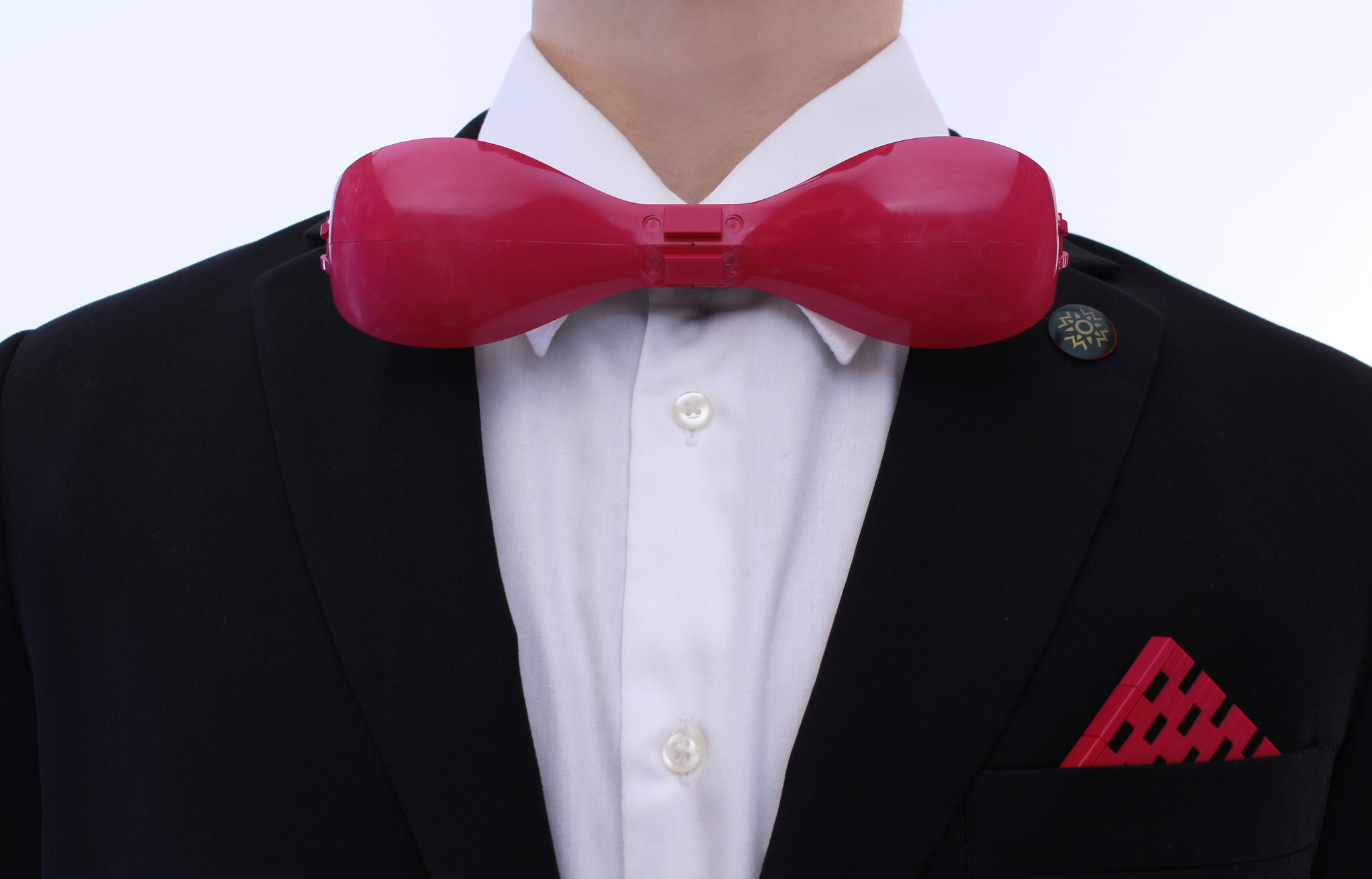 “Get ready to bow to me, this competition won’t be a tie.” 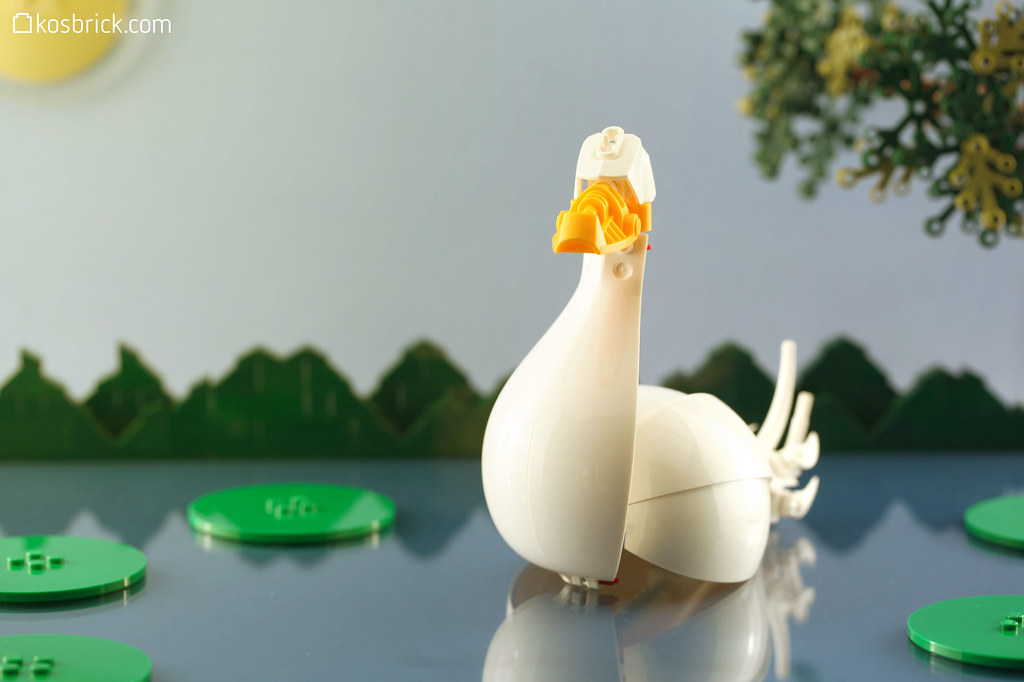 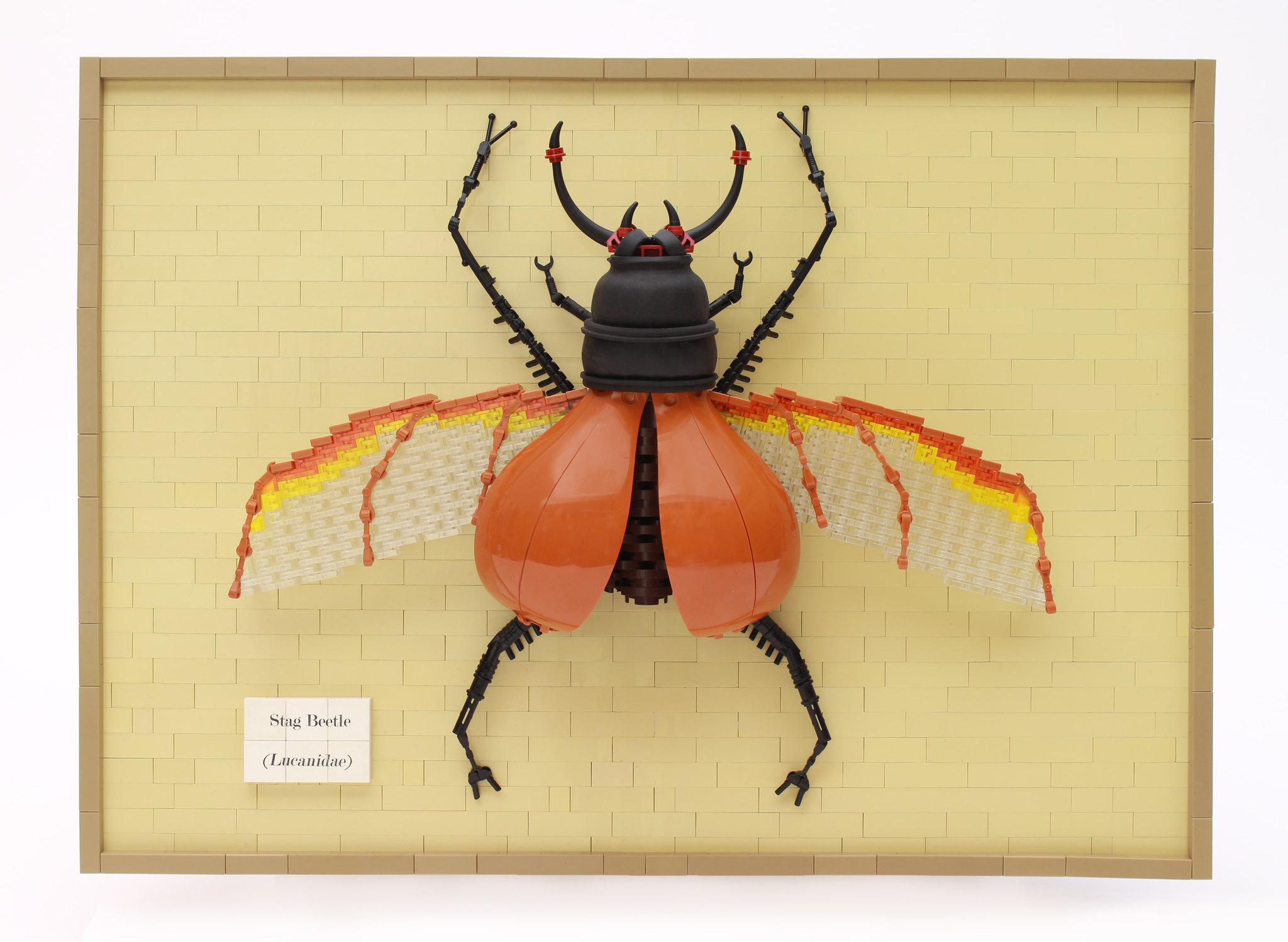 “That’s a wrap from me! Good luck finishing up KOS!”

Yipes!
This is a particularly tough one because of the technical issues that happened with the delivery of the seed part. This also crashed into the real-life commitments of one of the competitors, which is something I expect happens more often than not.
Anyways, let’s take a look at some simple numbers. Grant built a total of 13 builds and Kosbrick built 6. While it has been that previous competitions had more (or many more, as the case may be), it should not be understood that quantity is what determines a Iron Build judging. It’s always quality. With that in mind, the competition is closer than it appears.

Skill:
Grant’s work overall is wonderful - there are an avalanche of ideas that come from using the seed part individually or as a full unit. A great example of a single unit use is the doorknob, while a great use of the whole is the spider. I think that the best use of the part from Grant was using it in a series to depict clouds and also to create a basket. Those two uses were really clever, although these entailed getting more of the seed part than was originally given to compete with.

Kosbrick’s work was not as prolific, but that didn’t mean that he was lacking in ideas - he went out of the box in creating sperm (I would have never thought of that) and also the shoes. I also liked the paint brush, mainly because I am an art guy at heart. Kosbrick mentions in one of his posts that he was lacking in parts to do what he wanted to, and that shows in the number of builds he made. Still, what he did do was pretty amazing at points.

Presentation:
When skills are sky-high, it comes down to presentation and how a builder ‘sells' his MOC to the rest of us. Here is where numbers don’t matter - one beautiful presentation can outdo a dozen mediocre presentations. And with this particular competition, presentation plays a big role. Grant’s work is presented 'as is,’ which is pretty effective. There are a couple of photos I would have added - the doorknob would have been better presented with a hand about to use it. The bowling pins could have used a bowling ball hitting them…both of those photos could have been more outstanding. Good examples of photos would be the fan and the Bunny Basket.

Kosbrick’s photos have a little more to them - the presentations have a little more ‘story.’ Examples include the bike seat - placing it in a different context is clever, and the shoe. I really like the presentation of the shoe, as the ad background adds a new layer of ‘story’ to the photo. Another example is the paintbrush - the close angle and black ‘drops’ sell the item really well.

Use of the Seed Part:
And the last item - seed part use. For this part, there were a bunch of uses, of which most were organic. That was reflected in the builds, with flowers and bugs making up some of the models in the competition. For Grant, his best use of the part was in the bunny basket, as the part was used in a notably different way than expected: repeated as a 3D pattern - same with his clouds for the beanstalk. For kosbricks, his best use was with the shoes, as he made a single part the core of the model. Both used the parts to make a bulb or bulb-type structure, but those applications were not as effective in using the part as an element in a build - they became an assembly for a build, which is a bit different. Both builders went different directions suited to their strengths.

Okay, so this looks much closer than it appears - but that is only because Grant built so much more. As I mentioned earlier, more doesn’t imply better. Both had really good builds, but there was a stronger style with Kosbrick’s photos. The deciding factor was Grant using the part in a different way.

This was a very challenging part to use, and you two still came up with several creative ways to show off this piece.

Here are my scores:

Your building skills continue to amaze, and in this round you proved that you are more than a master of the diorama with the intricately crafted real-life objects that you depicted in most of your entries. The challenge of using the piece lies beyond combining it into the balloon shape, and you wowed me with entries like the the Bunny Basket and Jack and the Beanstalk where the parts are used beyond my imagination. I also like the Desk Fan a lot, and the added function is icing on the cake. My favorite entry is the stag beetle. It’s the epitome of an Iron Builder creation, one that cleverly displays the mystery part in a prominent but not overwhelming spot. Overall you have went above and beyond in this round and have more than rightfully earned the title of Iron Builder, congratulations!

It’s difficult to build when real life is taking over your hobby (I’m going through this right now!). You still managed to present a few delicate entries to delight us. You’ve more than demonstrated your capabilities in your previous IB rounds, and the creations you made this time would have only been the appetizer if you worked at your full potential. My favorite entry from you is the Stiletto Heel. It makes full use of the curvy nature of the piece and your excellent presentation skills put it over the top. The Paint Brush is also another well thought-out build, and you used the blunt end of the large balloon to your advantage by filling it with black parts to simulate the inked part of the brush. Your presentation is always top notch, turning sometimes simple creations into eye candy. You’ve had an exceptional run as an Iron Builder and have won the accolades of many fellow builders.

Who doesn't love balloons? They are colorful, bring people smiles and make your voice sound funny when you suck in the helium!

To begin, can I say how happy it makes me to see some new MOCs from Kos? He has been one of my favorite builders from the first time I discovered his work and I have always been impressed by his fantastic builds. I remember when he first accepted my invite to participate in Iron Builder and his concern that he might not have enough bricks to be competitive. As we all have seen over his many impressive rounds in previous Iron Builder matches, whatever few bricks he has, DAMN he knows how to use them!

On to the fight.
Our part this round had a VERY obvious usage. It was clearly designed for a very specific task and that is what makes it such a great Iron Builder part. Much like the Paint Roller or the Fez the genius of an Iron Builder is their ability to see past the obvious. Both of our builders made an excellent showing with the balloon panels, proving that like a Transformer, there is much more than meets the eye.

Did I mention how much I love to see Kos' MOCs? All shipping issues aside, Kos soldiered on and tackled this challenge with the skill and creativity we have come to expect from a builder of his talents.

The simply beautiful grace and composition of his Swan looks like it belongs on the cover of National Geographic. The catalog-ready shot of the high heels looks like it was pulled from the pages of Vogue. One of Kos' strengths has been in taking a great idea and finding the most direct way to express it in brick. Things are never cluttered. It always seems like just the perfect amount to illustrate his idea without overwhelming us with unneeded flash or distractions. He explored all three colors provided

My only real critique would be that 50% of his builds were dependent upon the default "balloon-configuration" of the parts' original design. I would have liked for him to explore even further past the obvious usage with even more of his builds. That said, he created some beautiful and understated MOCs that really showcase his Iron Builder pedigree.

Grant did an awesome job of showing his range and ability to visit numerous themes and genres with the mystery part: Even the simplicity of his Water Lily build and it's understated presentation show the skills that Grant brings to the Coliseum. He gave us a grand tour of both things organic and nature-based as well as some great machinations in the form of his awesome exploration of arcade machines and animated desk fans.

Heck, he even got out his best prom tuxedo and classed it up with the mystery part!

In my opinion, he proved to not only be a worthy opponent to our current champion, he also proved that he has what it takes to go above and beyond in his building skill and creativity.

Hi photo skills were on point and he had us visit both worlds both small and epic. He played with the part in all of its various colors and delighted the viewers with his plethora of usage and presentation.

If he wins this round, I think he will prove to be a daunting Iron Builder to challenge in the future.

My vote goes to Grant for this round.

The round goes to Grant