Welcome to Season 6 – Round 3 of Iron Builder! 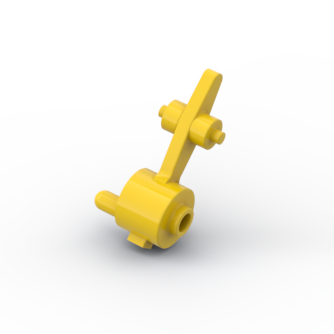 This round’s seed part is the yellow Track Switch 9V. 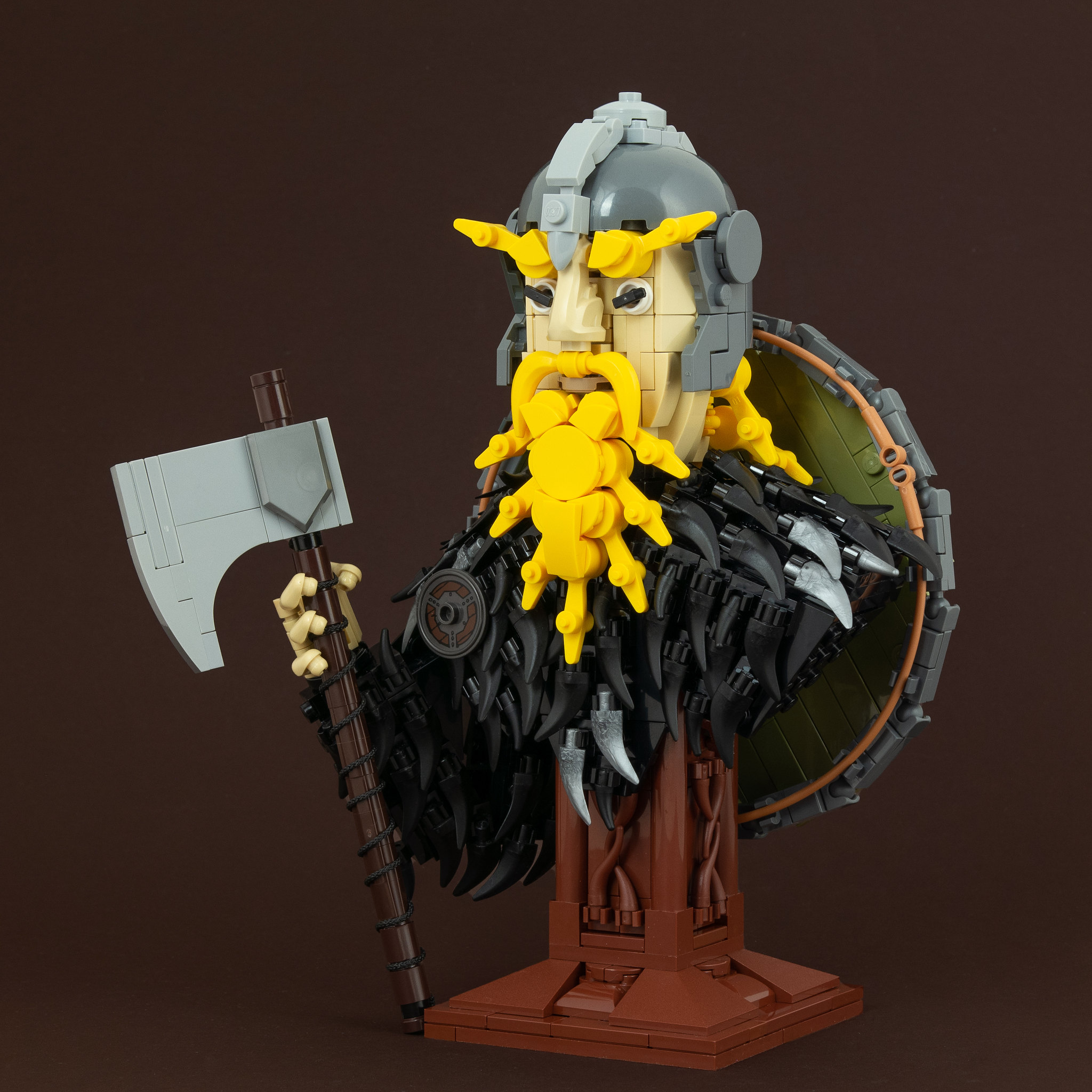 “First Blood! My viking has landed on the shore to conquer the Iron Lands and bust whoever resists.” 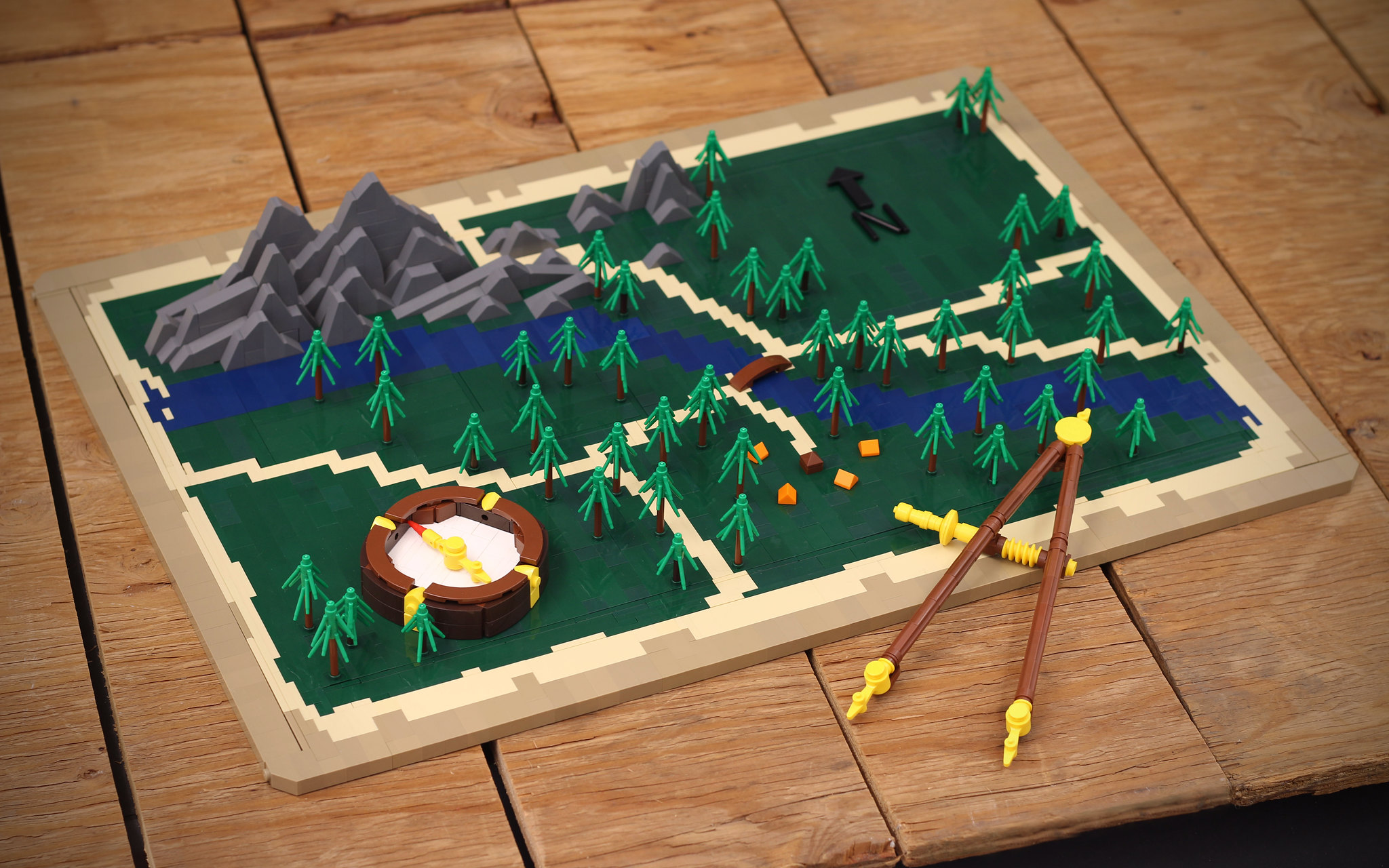 “Need some direction while visiting? Admit it, you’re lost.” 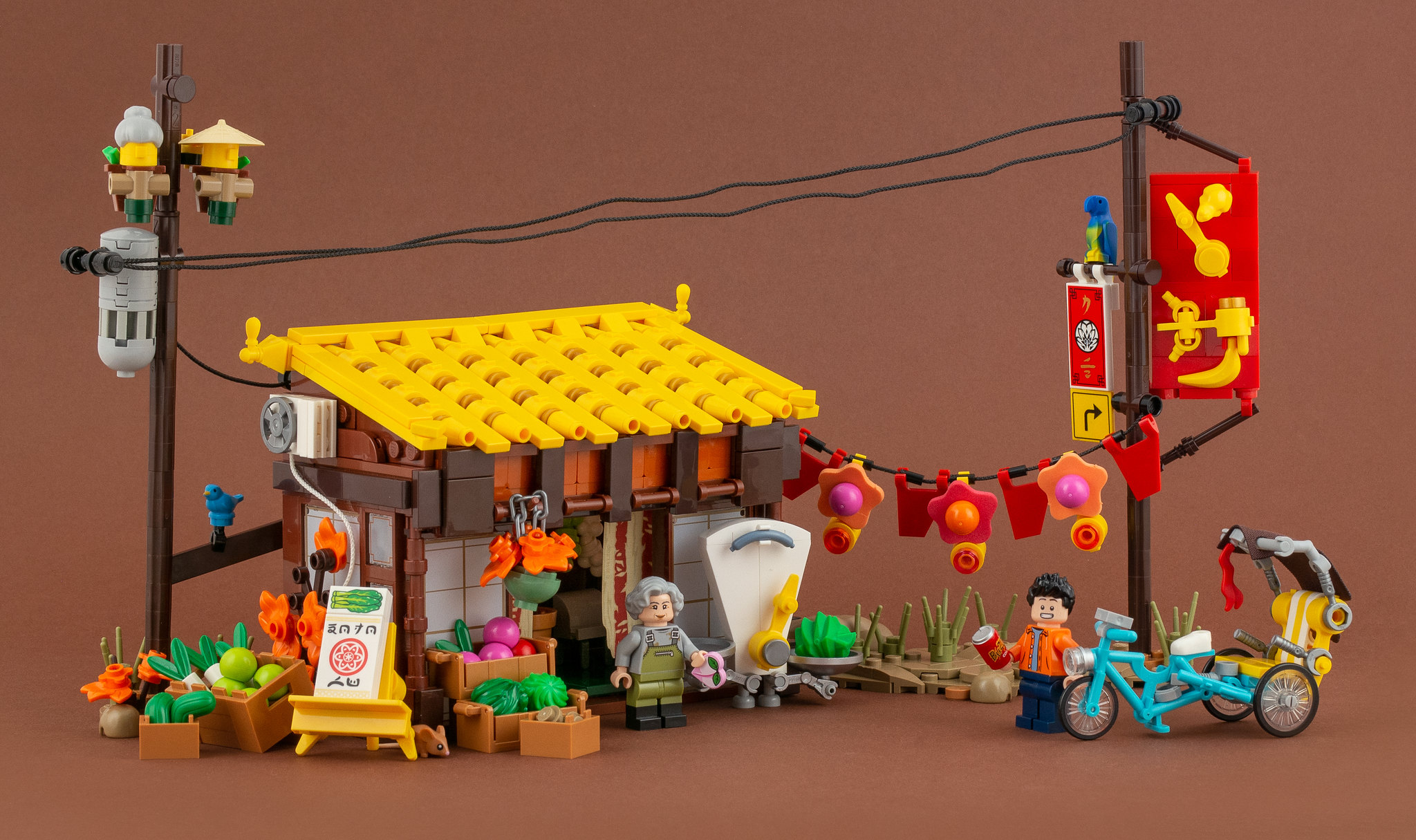 “Don’t hit the roof, but you have to eat your vegetables. Lettuce know when you are done!” 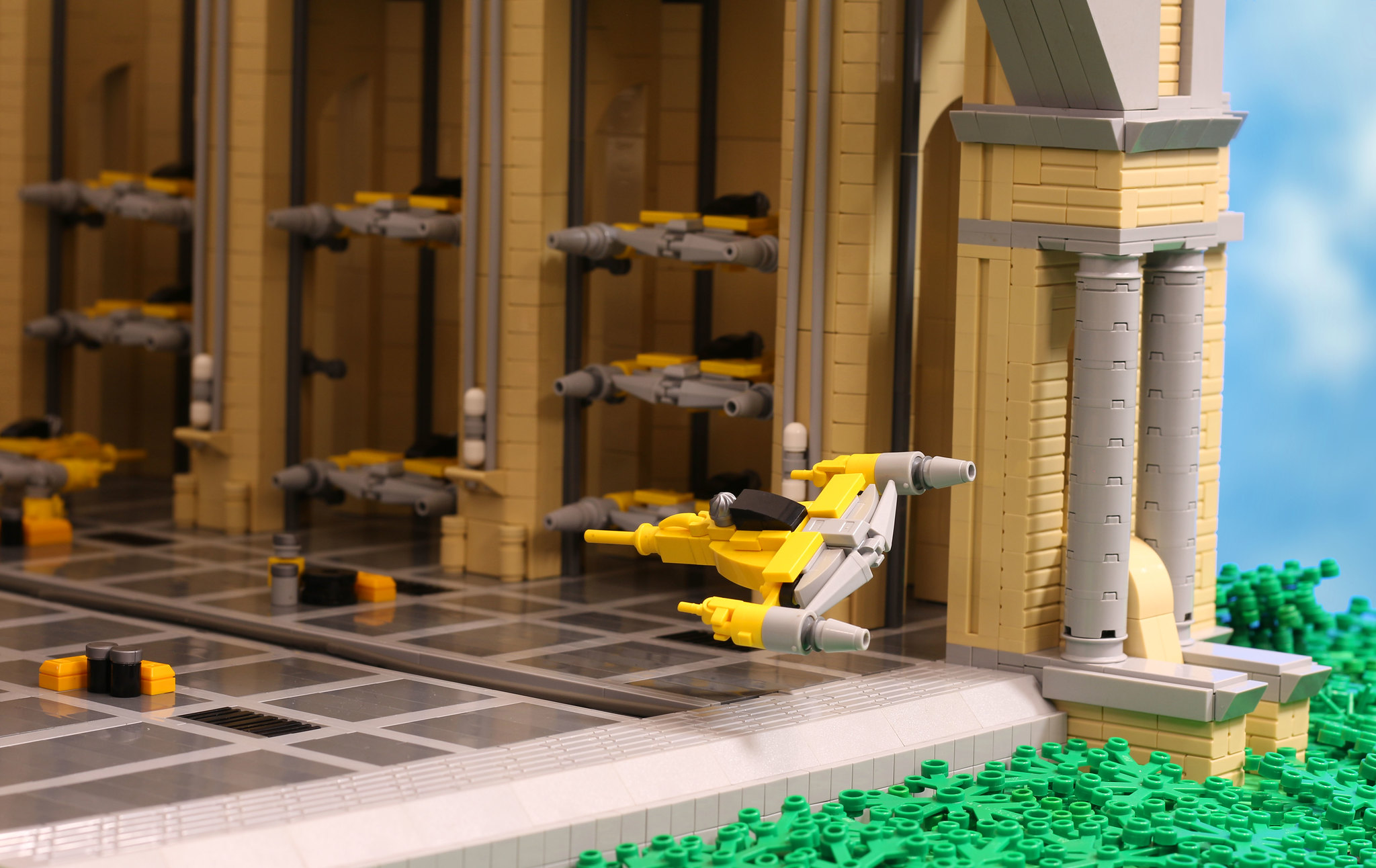 “Why stop at the roof? I’m taking this war to the stars!” 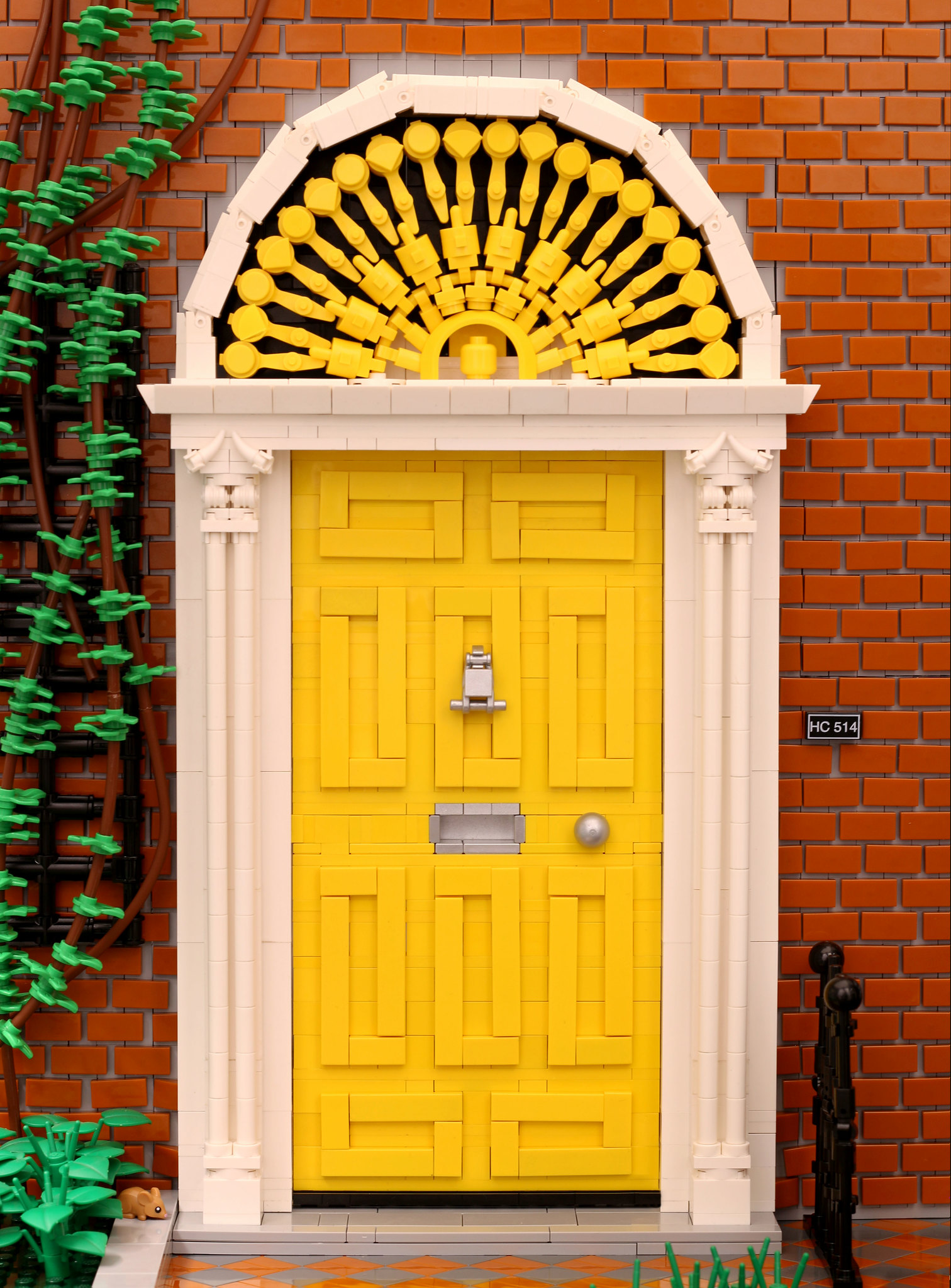 “I hope you’re home! Your fate hinges on it!”

“Don’t know what you’re doing, but I’m playing a fair game.
I’m at the wheel with this moving build: Link to video.” 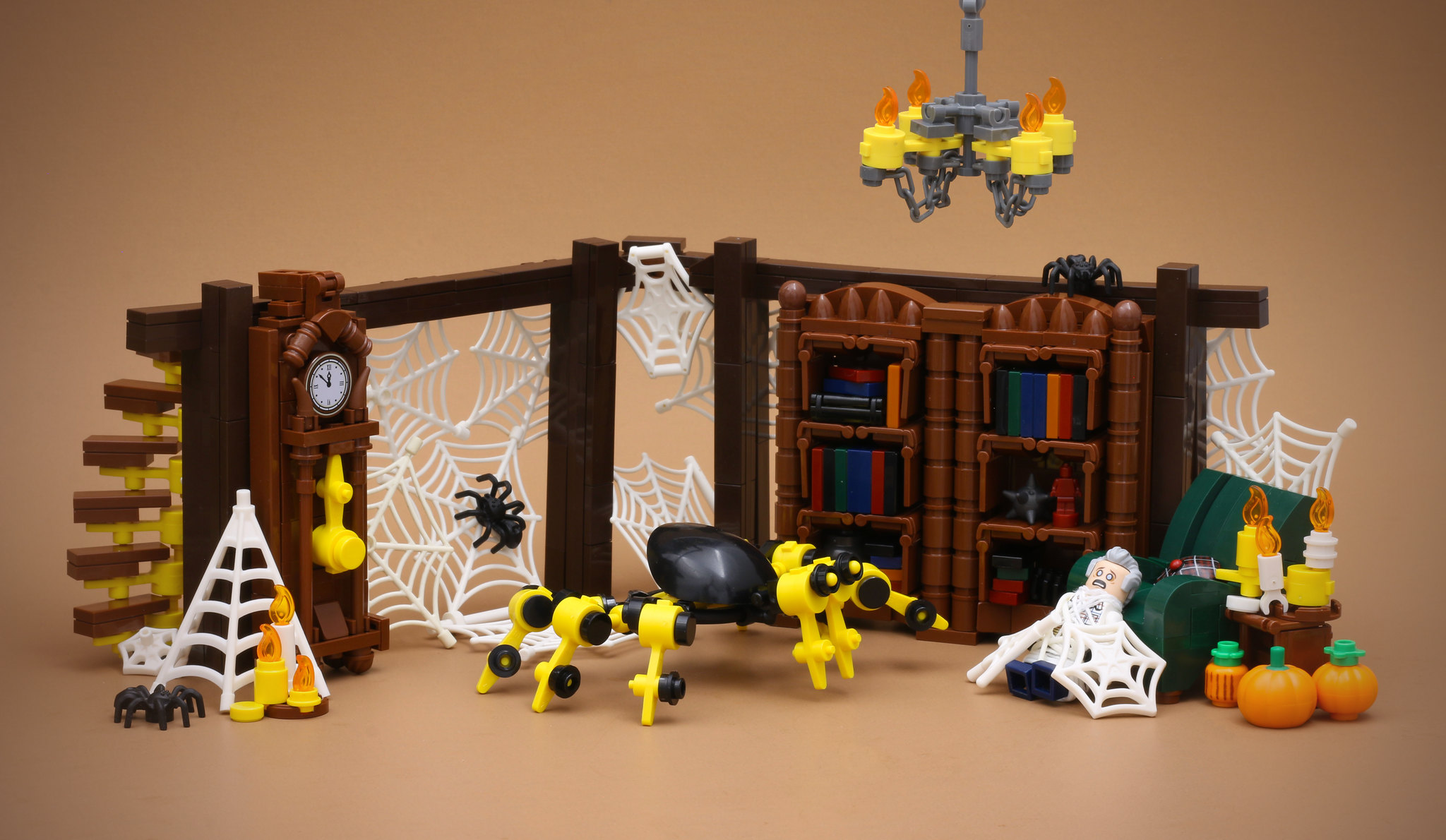 “You were gone so long something else moved in! Hang in there!” 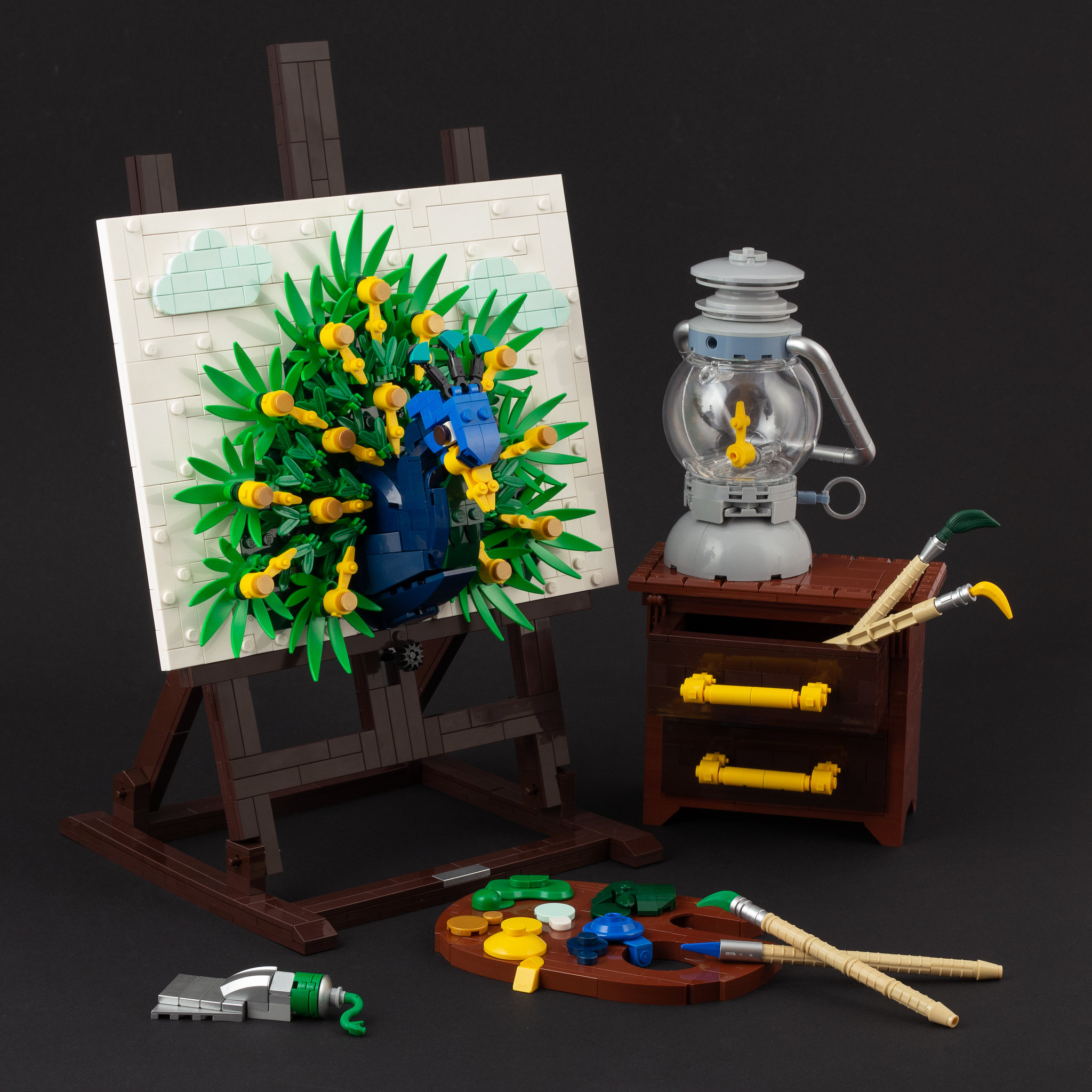 “Birds eat spiders. Guess you’re out of the picture now.” 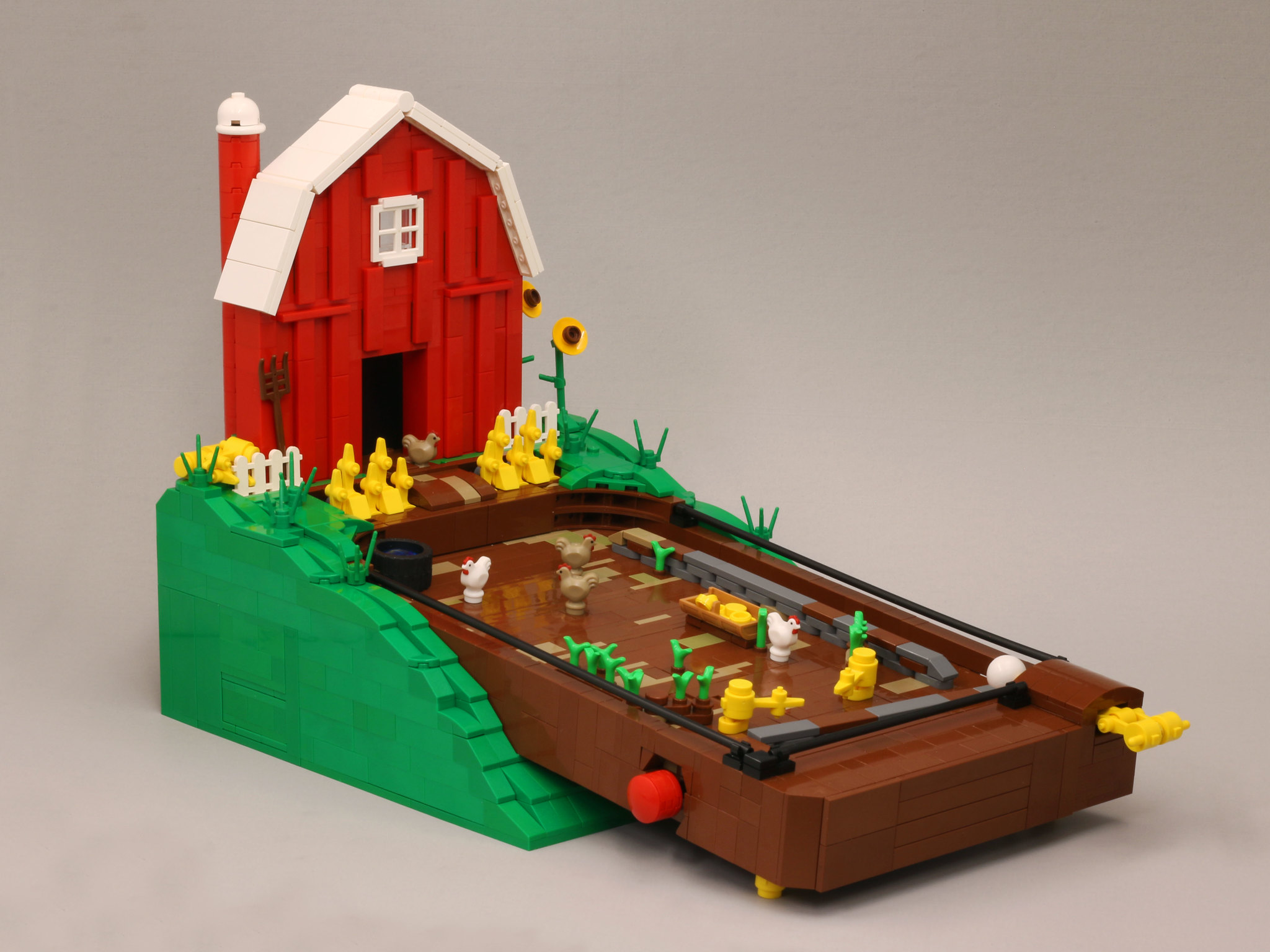 “Apparently the bird is the word! Don’t chicken out, the game’s not over yet!
Checkout this advertisement, you’ll flip out: Link to video.” 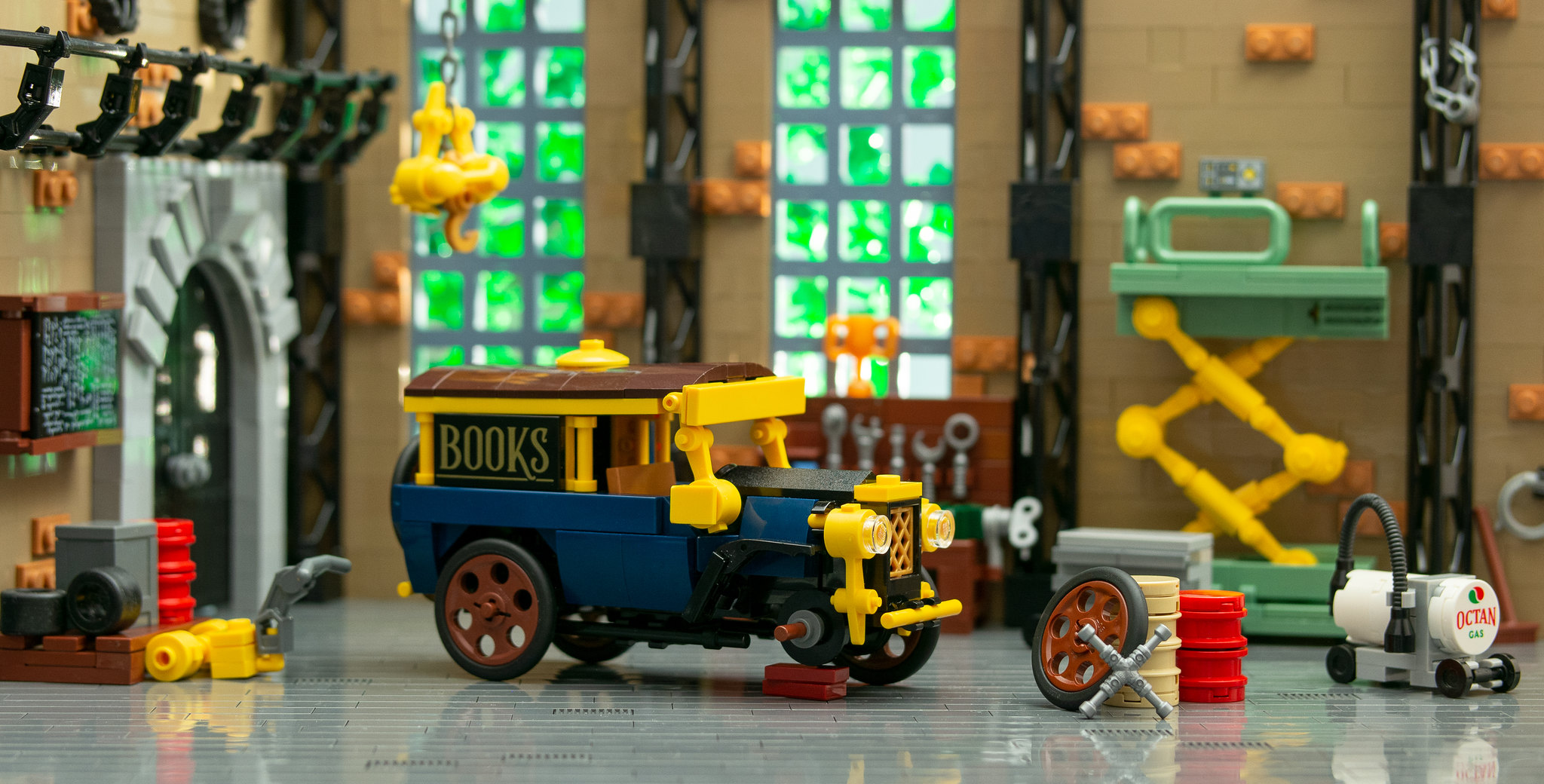 “Don’t want to throw a wrench in your plans, but building pinballs for IB is so 2016.” 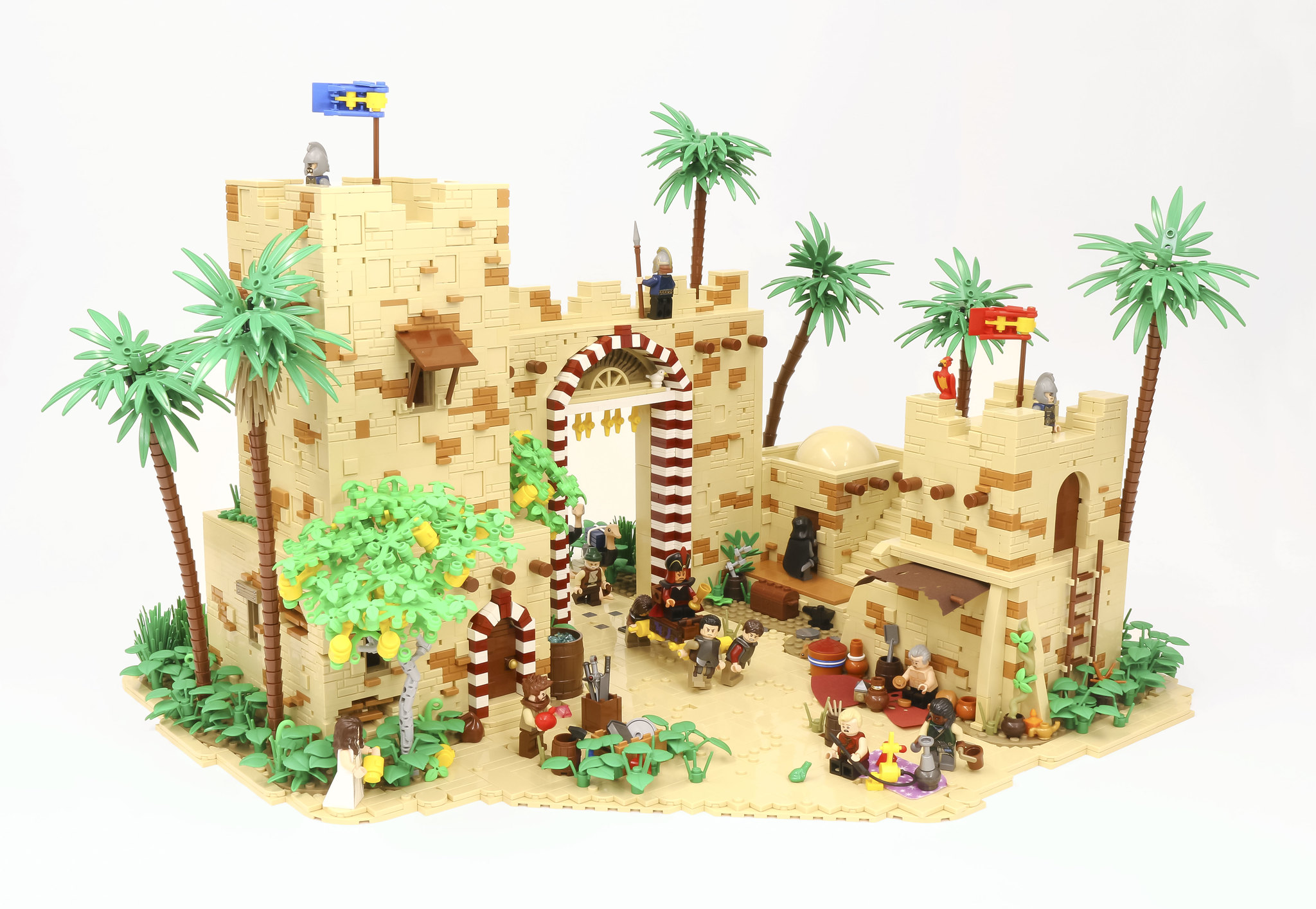 “Don’t be sour, come visit the outpost! I hope you are fortified for the last few days!” 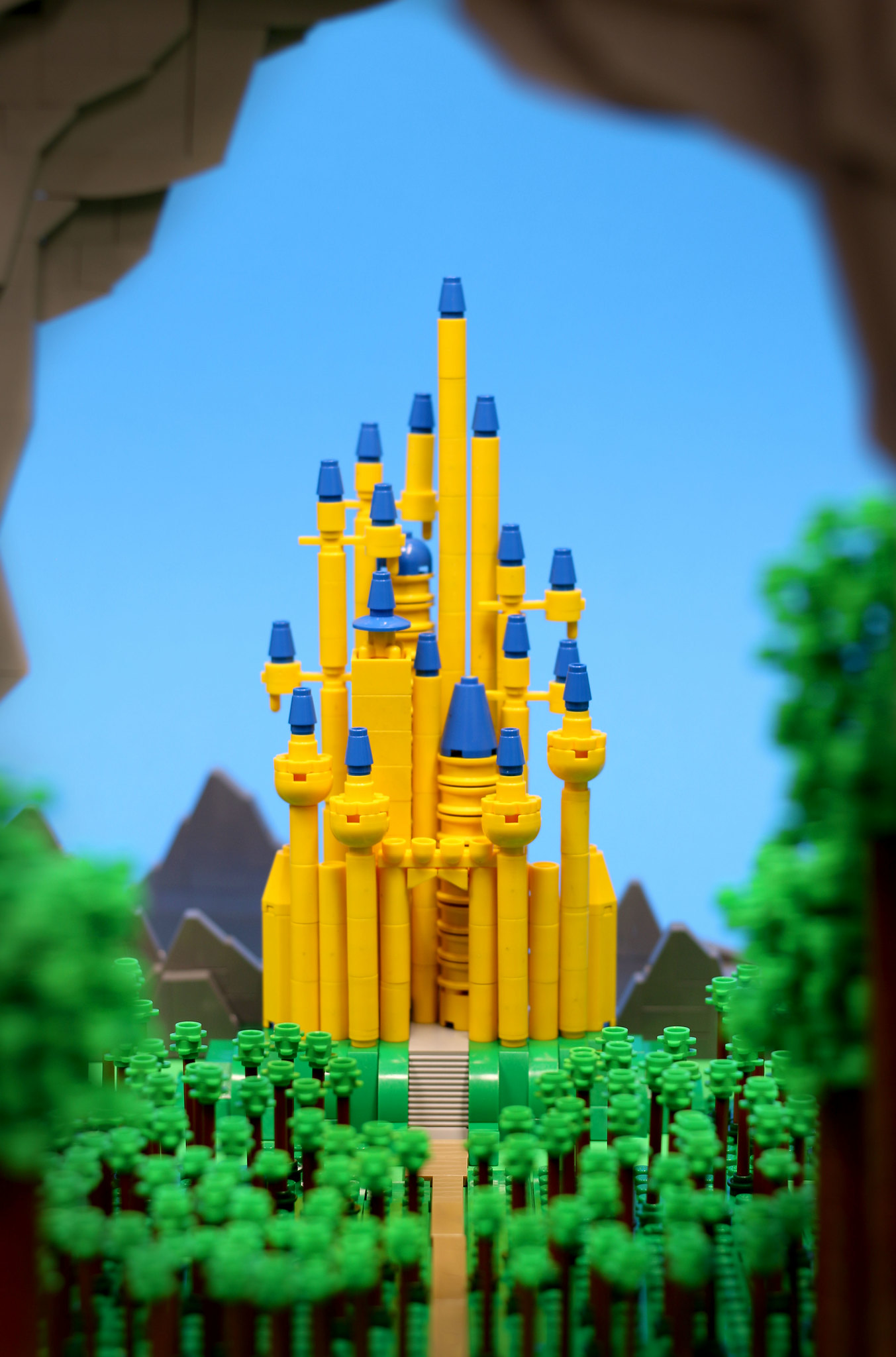 “Magic resides in the hidden places. I aspire to find it.” 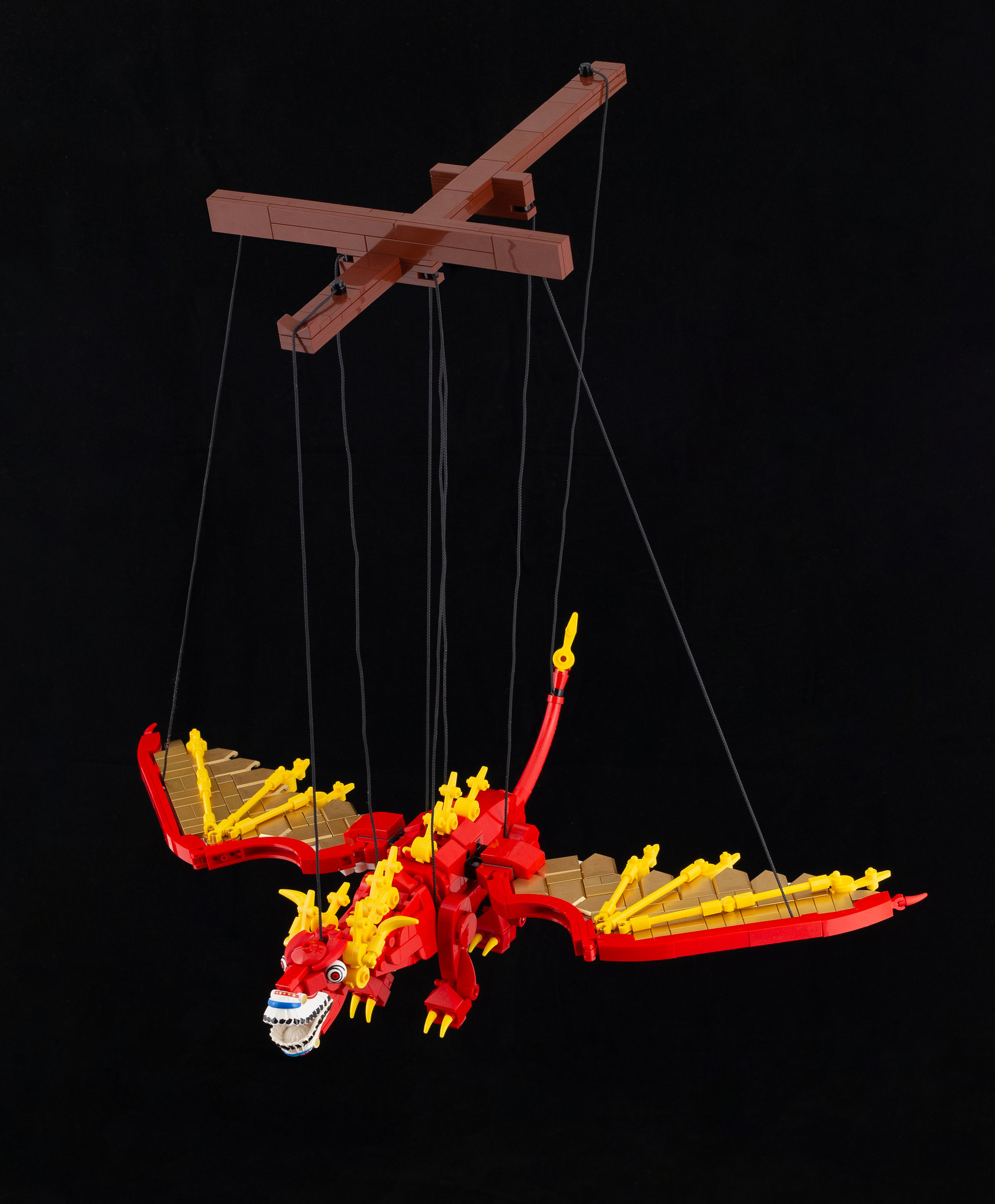 “This build ought to leave you fuming. Smell you later, it’s been a pleasure!” 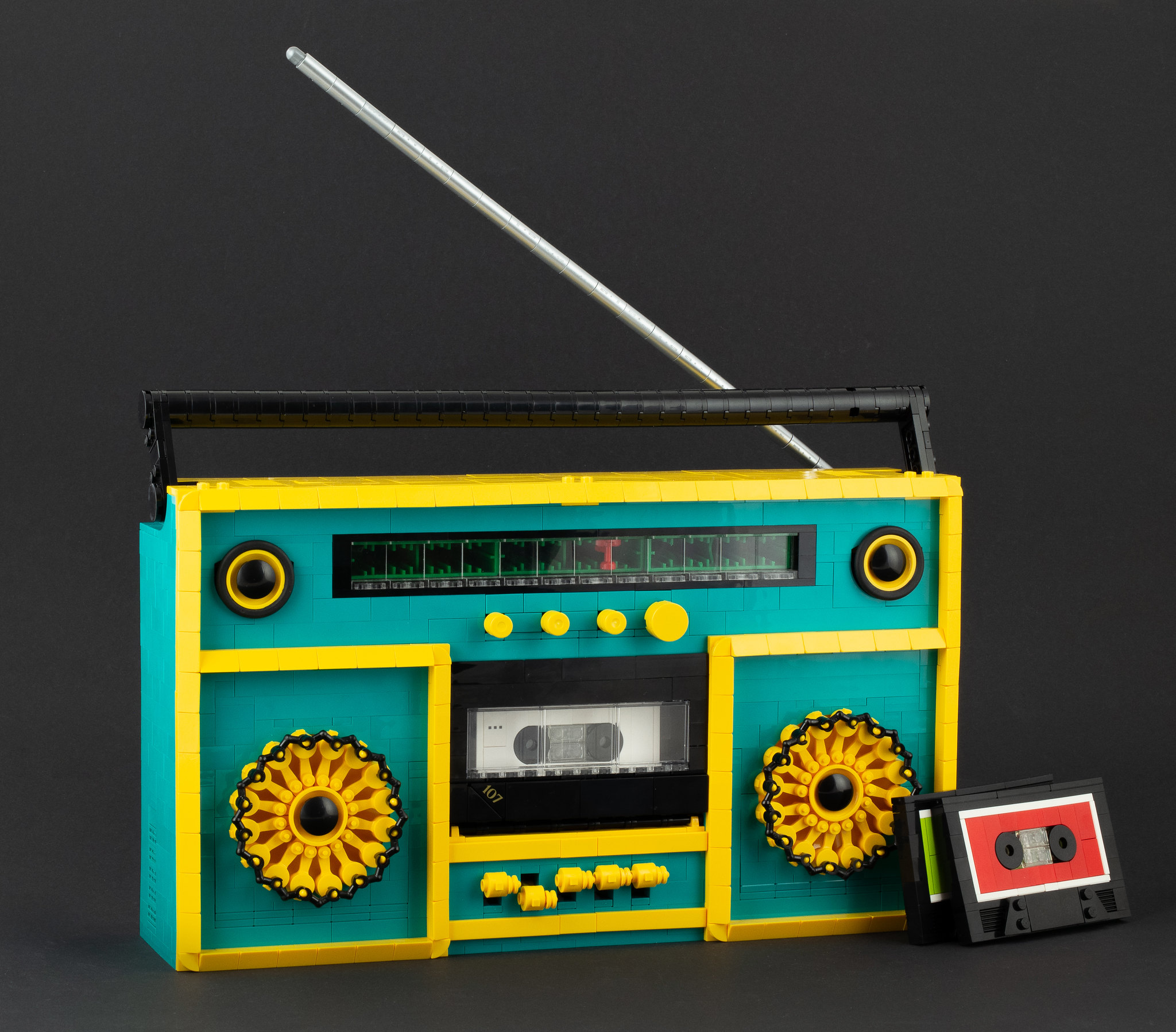 “And that’s how my track ends. Thanks for tuning in Eli, has been a blast!”

Round 3 is officially over!

It is now in the hands of the judges to decide who had the most beswitching entries – results soon!

What a showing! We saw quite impressive builds from you both; it was a joy to watch two masters at work. I think my favorite aspect of this round was its self-awareness in IB history. Three-dimensional bird paintings, working pinball machines, and even the return of historical seed parts all invoked the competition's epic past... and reminded us of why Iron Builder is the premiere NPU battle on the planet!

When I was judging the builds' seed part usage, I asked myself: is this seed part being used ornamentally (i.e., as creative decor, texture, etc.) or is it being employed fundamentally (i.e., in a way where the build could not exist without it)? For me, a fundamental use is better than an ornamental one, at least in this type of challenge. It was a close-run thing, but in my opinion, Eli employed the seed brick fundamentally on more models than Jonas did. Standout moments were his genius Naboo Starfighter, his pointed compass ends, and his delicately arched castle bridges.

Meanwhile, when it came to overall build quality, Jonas took the lead in my opinion. Even under the pressures of time constraint and stiff competition, Jonas delivered his usual—and unusually high—ingenuity, mastery over color, and peerless attention to detail. He integrated his seed parts well, and also consistently used even non-seed parts in his collection with exceptional creativity (Native American headdresses as teeth? A gyrosphere as a lamp? Come on!).

All puns being equal between these two sterling linguists, Jonas eked out a win in my book with his consistently crisp presentation, which drew in the viewer and helped his already-wonderful builds shine. Honorable mention, I have to add, should deservedly go to Eli's cinematic Naboo hangar, as well as his immersive castle vignette.

In the end I gave the nod to Eli because his levers more often felt like they "belonged" to the build.

I think in general a lot of Iron Builder MOCs might be improved as a standalone piece by swapping the seed part for something more fitting, but (on average) Eli's levers really felt like the best choice for the MOC, IB context or not. Not that Jonas didn't do this! Zhi Ruos Vegetables in particular creates an absolutely stunning sense of place and culture, to the point that you forget you're looking for levers.

My other favorites were Jonas' "The Garage" and Eli's "Theed Hangar", for their immersive full-screen presentation and thoughtful lighting.

What a round! Both contestants blew my mind with their wonderful functional builds with accompanying videos; these really raised the bar.

Jonas tended to use the seed part as a 'building element' on the whole, working it cleverly into the structure of builds, revealing different areas of this complex element across his different builds, especially in "Zhi Ruo’s Vegetables". Eli's builds had more of those "aha yes, it looks just like that thing!" moments, especially "The Map", and it is NPU like that which truly make Iron Builds so goddam fun to follow.

The presentation of two ideas in particular drew me instantly into the worlds the builders created: Eli's "The Hidden Valley" presented the idea in a simplified visual style that really suited the subject; but it was Jonas' "The Garage" that had me feeling like I'd literally walked into that room and wanted to explore.

The round goes to Jonas