Welcome to Season 6 – Round 11 of Iron Builder! 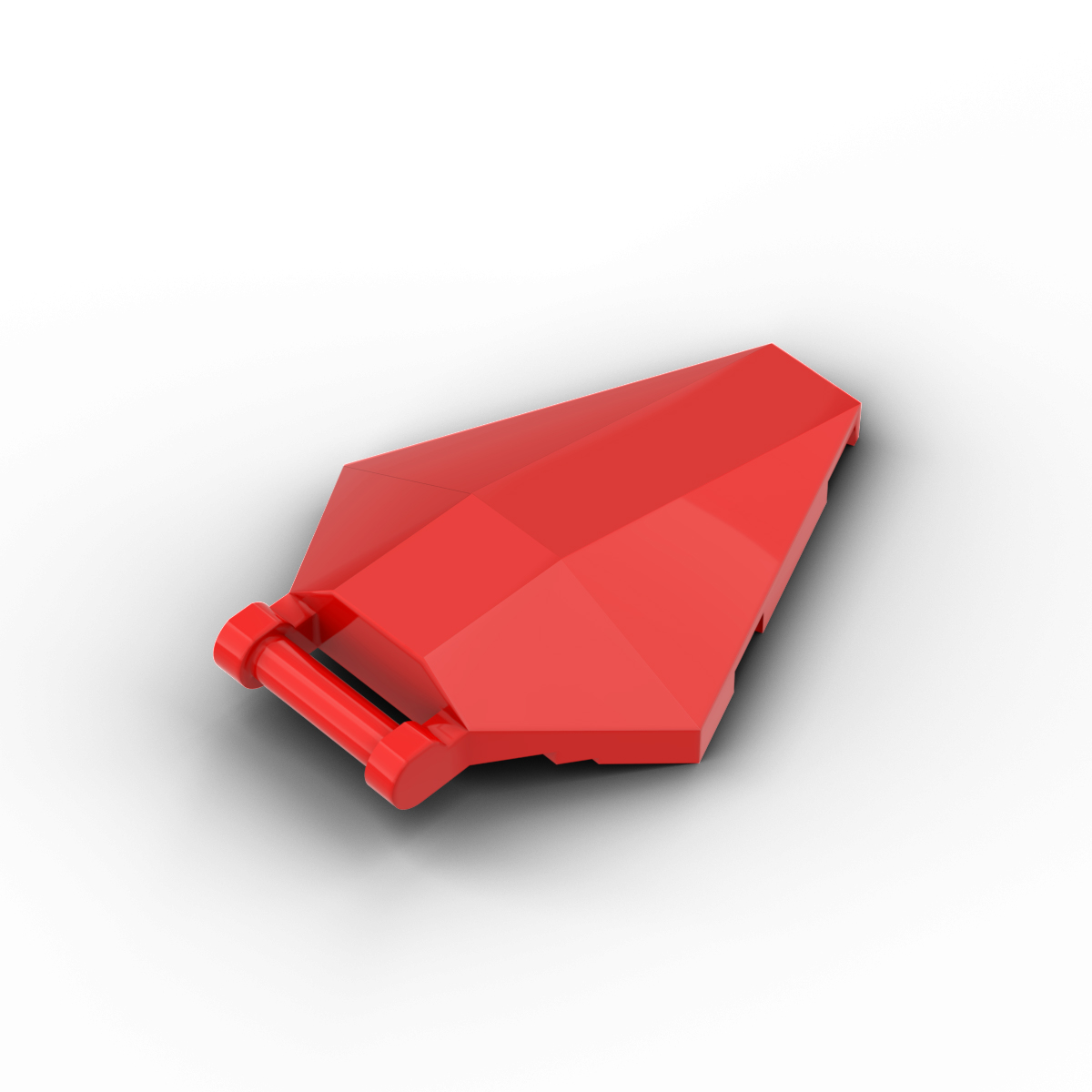 Now our two contestants have 16 days to come up with amazing and inspiring creations featuring this seed part. Wish them luck! They’ll better get cracking!

I hope you’re building and not just sitting on the couch, Jake! 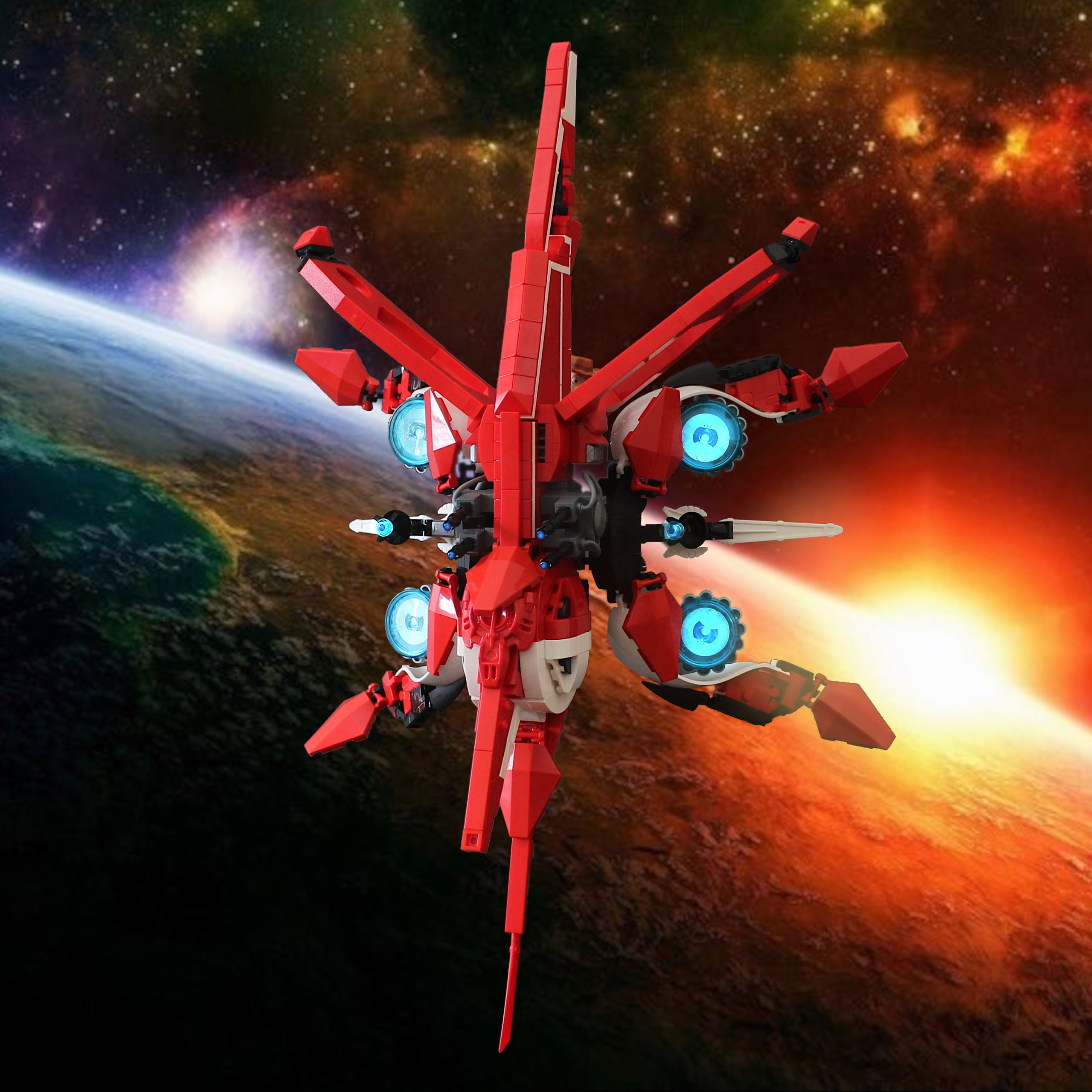 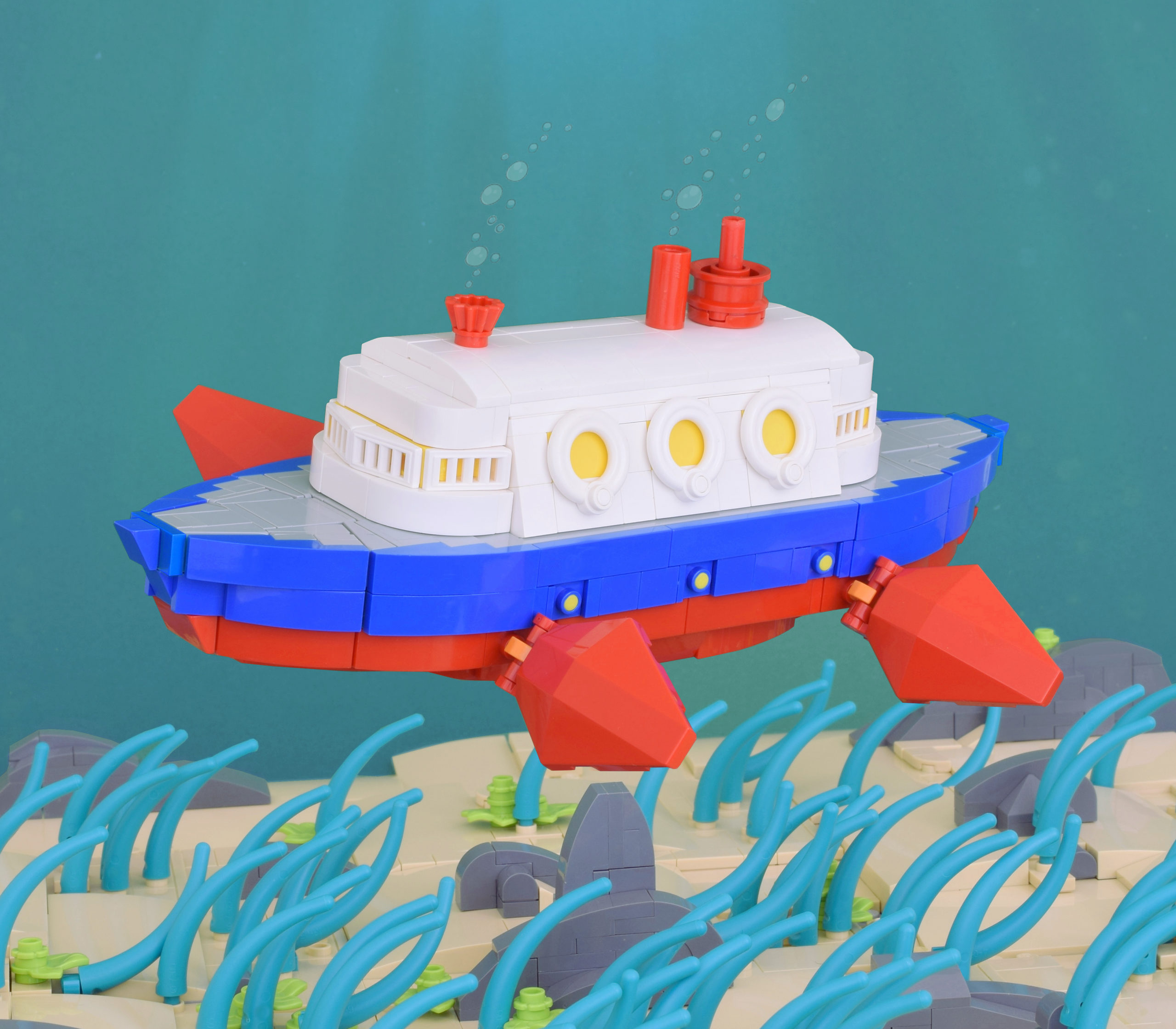 Well, I guess its finally time I SUBmitted my first build… 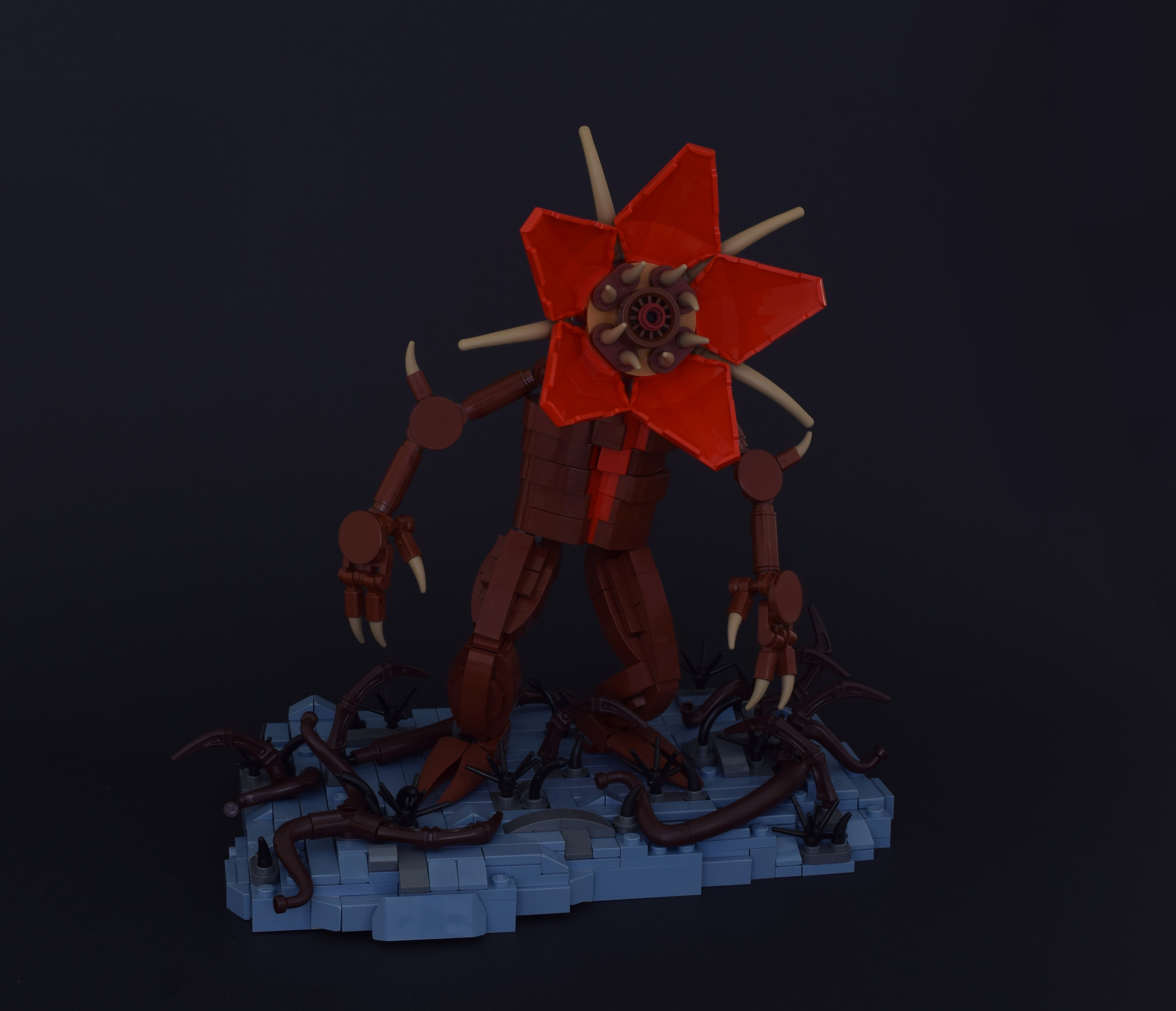 Where have you been, Joe? If my last build didn’t scare you away, this one should! I’m turning this competition upside down! 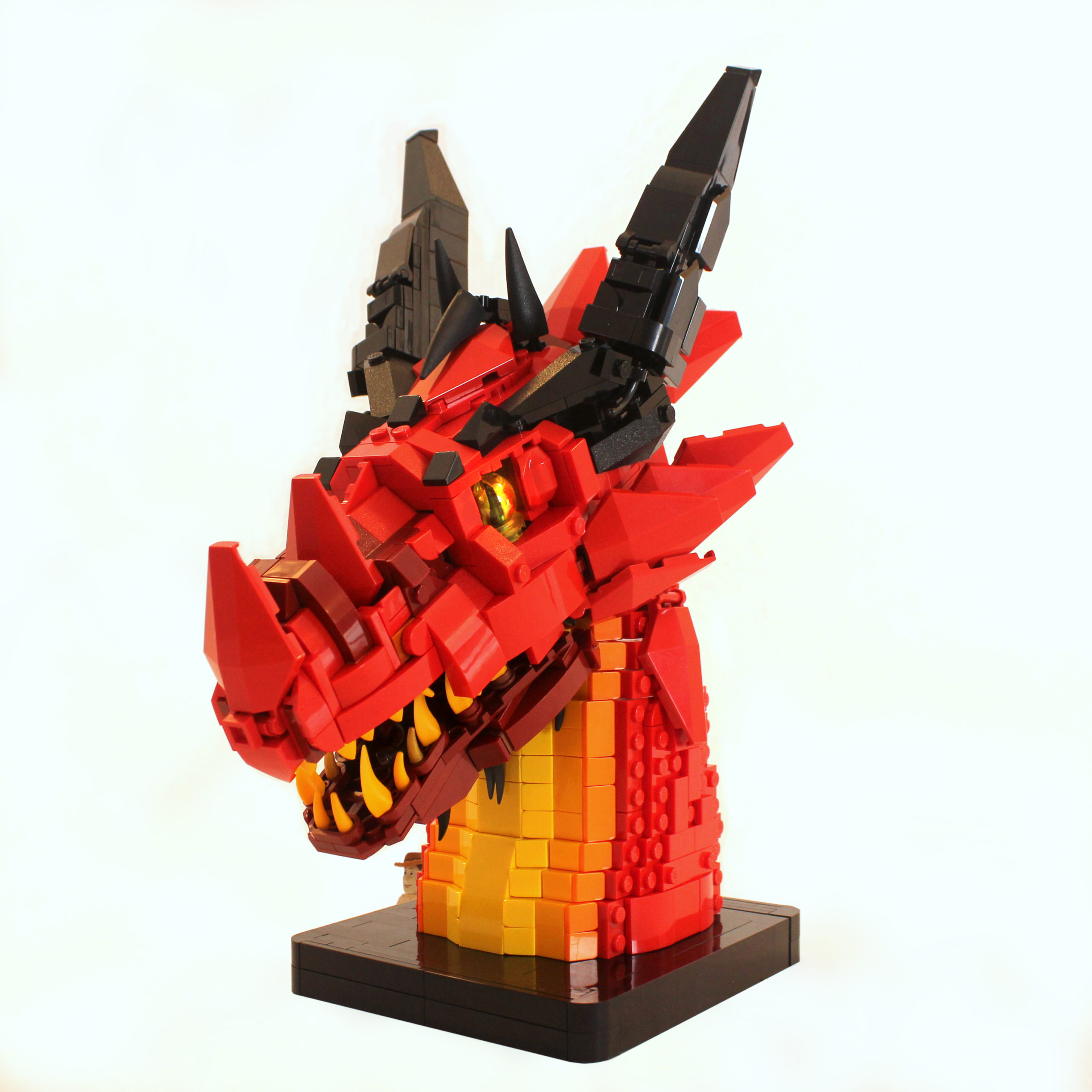 Don’t worry, I have seen Stranger Things than that. I was waiting to post so the time between your submissions didn’t dragon so much but with this build I hope to tip the scales back in my favor! 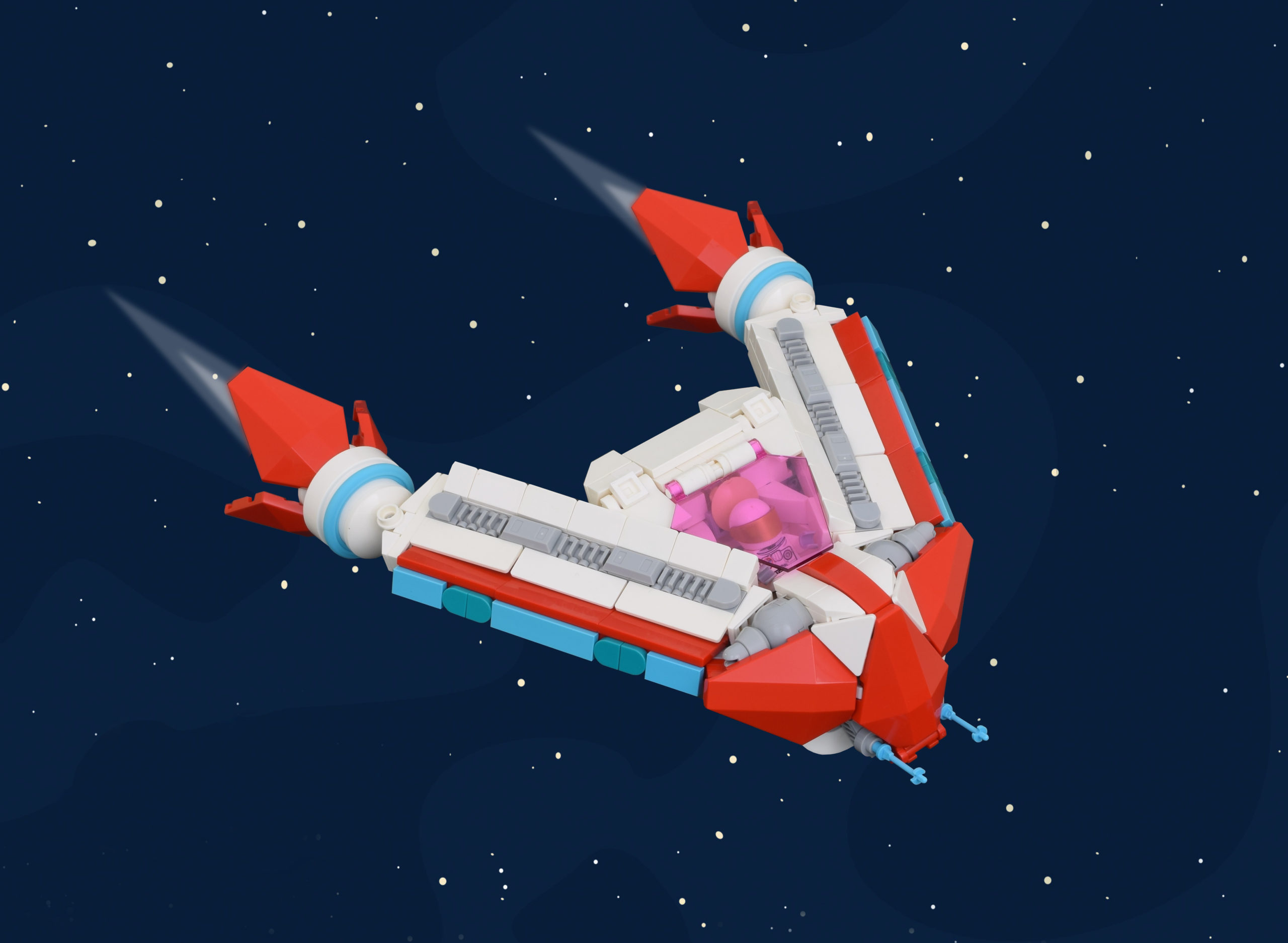 I hate to be dragon down your hopes Joe, but I’m flying away with this one! Theres only space for one Iron builder here! 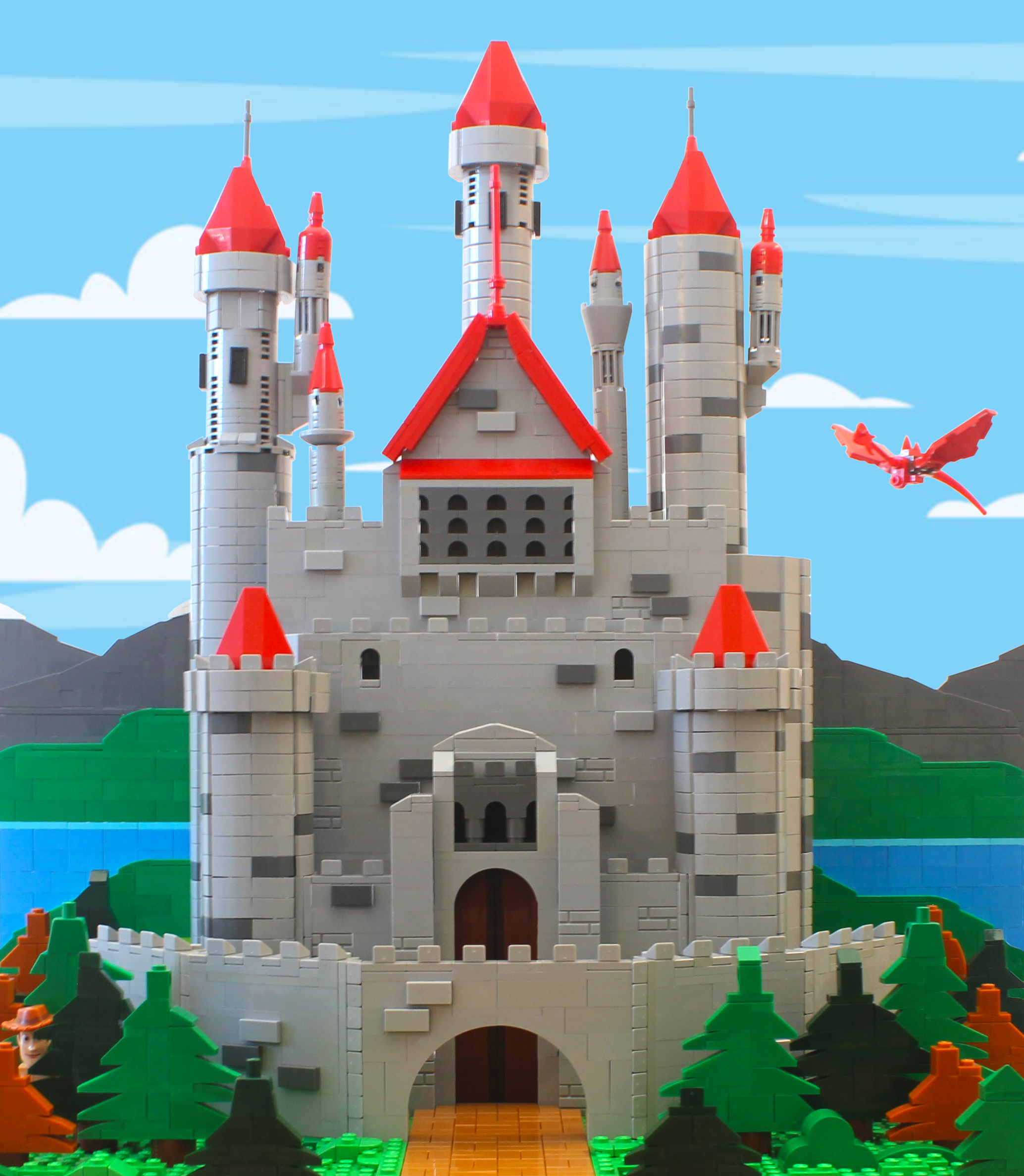 You may be flying, but I’m soaring to tower above you! 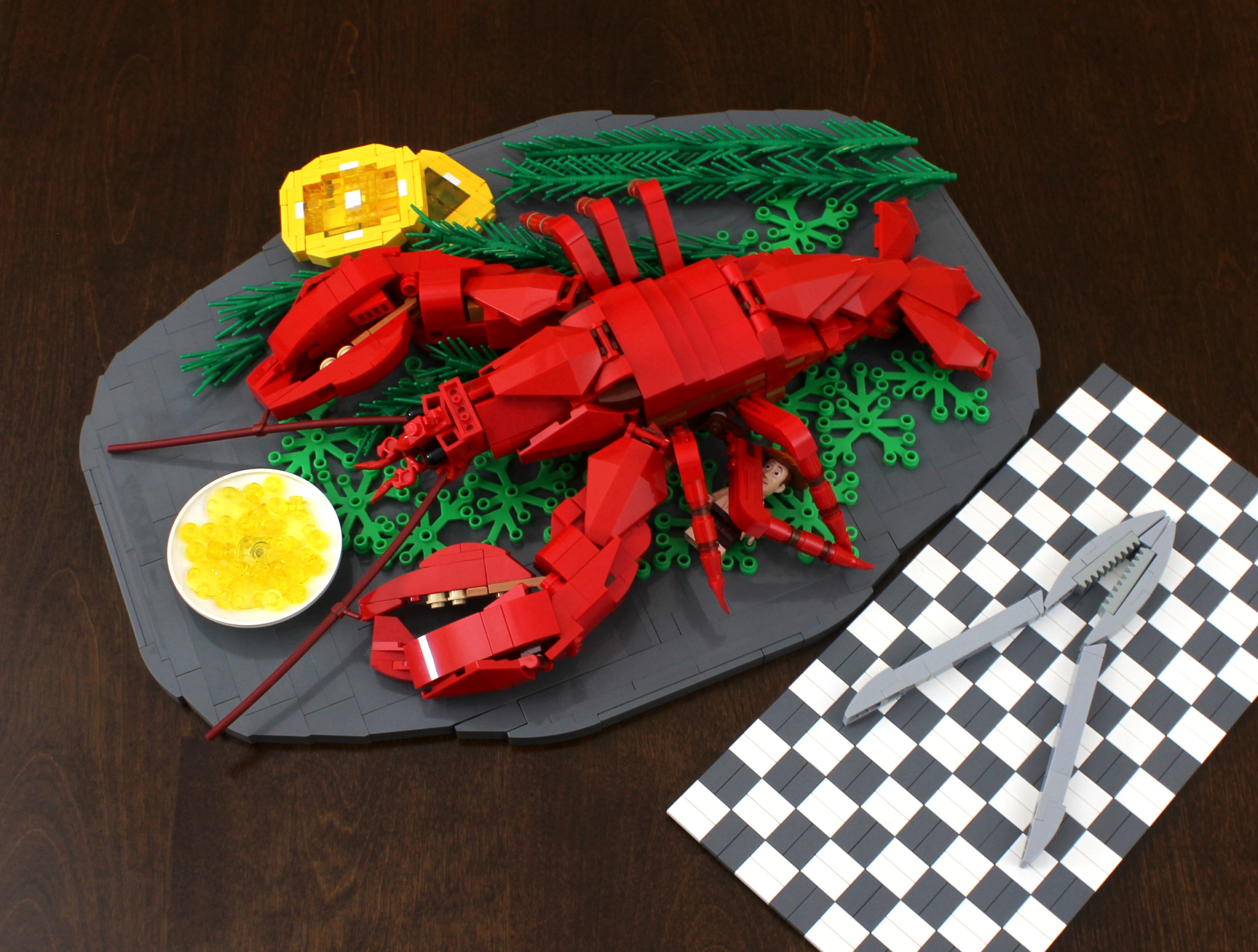 Bet you didn’t think you would sea food in this round! As long as Jake doesn’t butter up the judges I should be able to claw my way to victory! 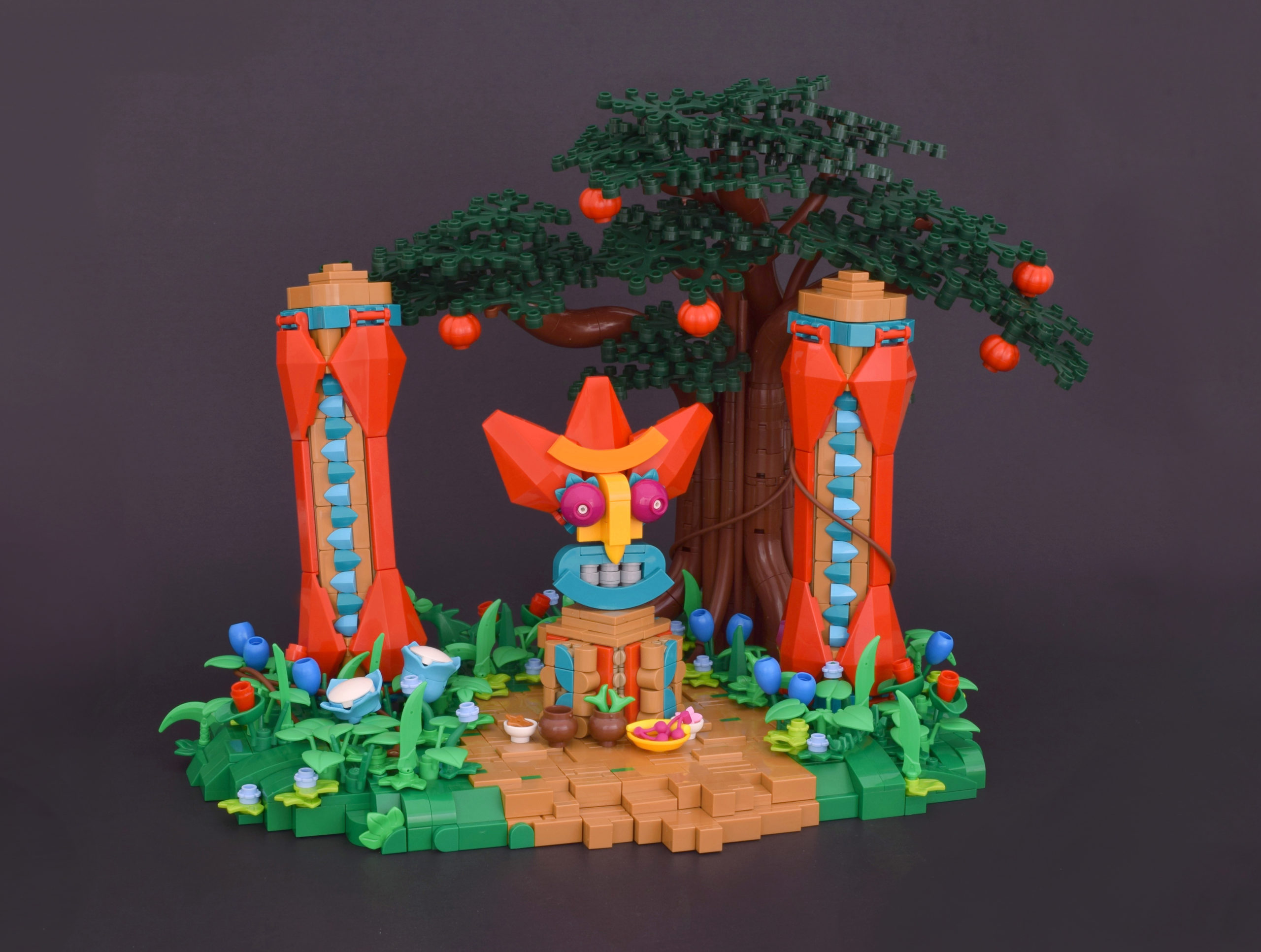 It’s been a while, sorry about that Joe! How shellfish of me to leave you here all alone! I think this build my altar your plans for victory! Forget buttering up the judges, you’ll have pray to the gods to defeat me! to! 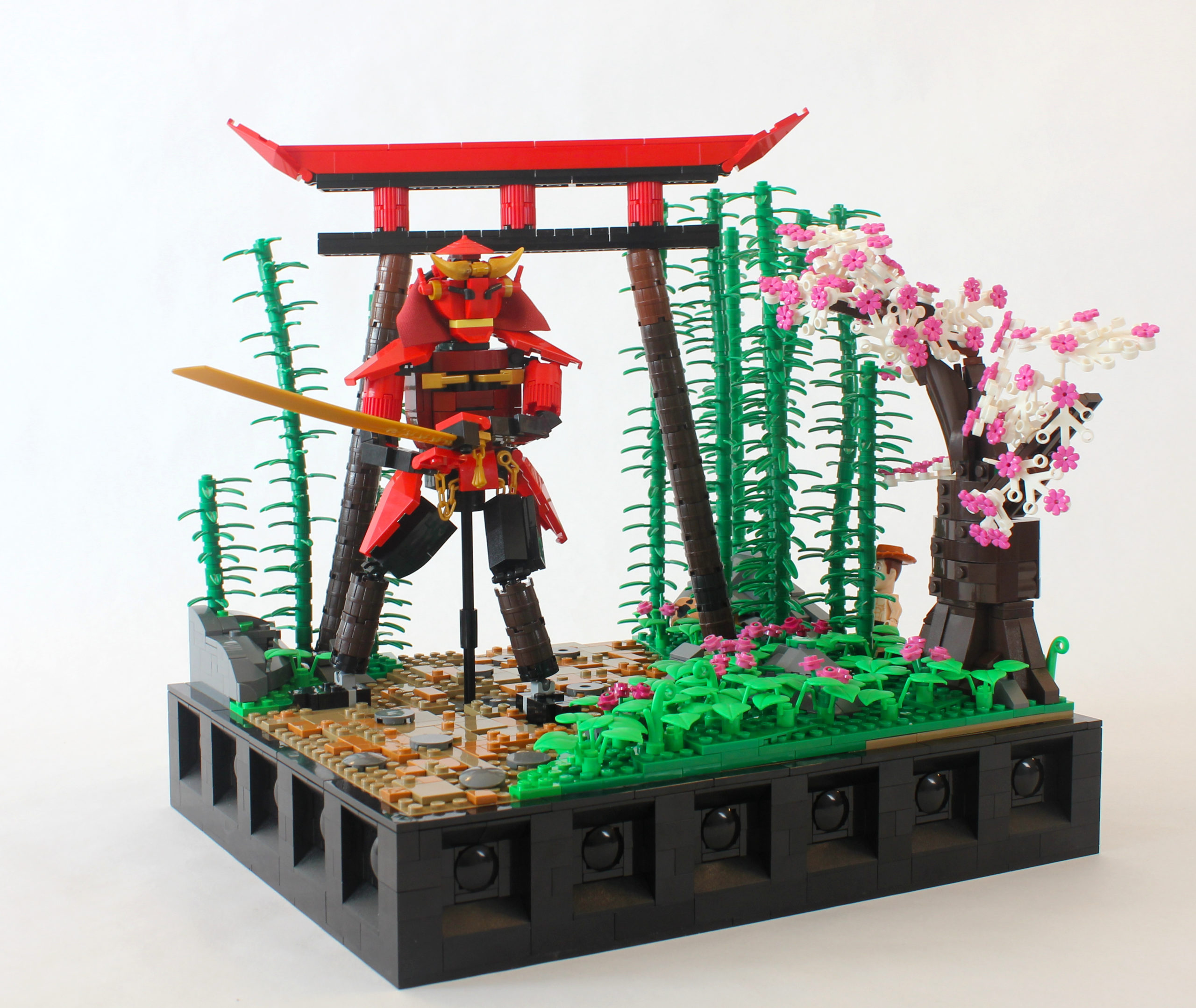 While your last build was a treet for some, I plan on cutting down your aspirations! This next build will be the cherry on top of my Iron Builder carrier! 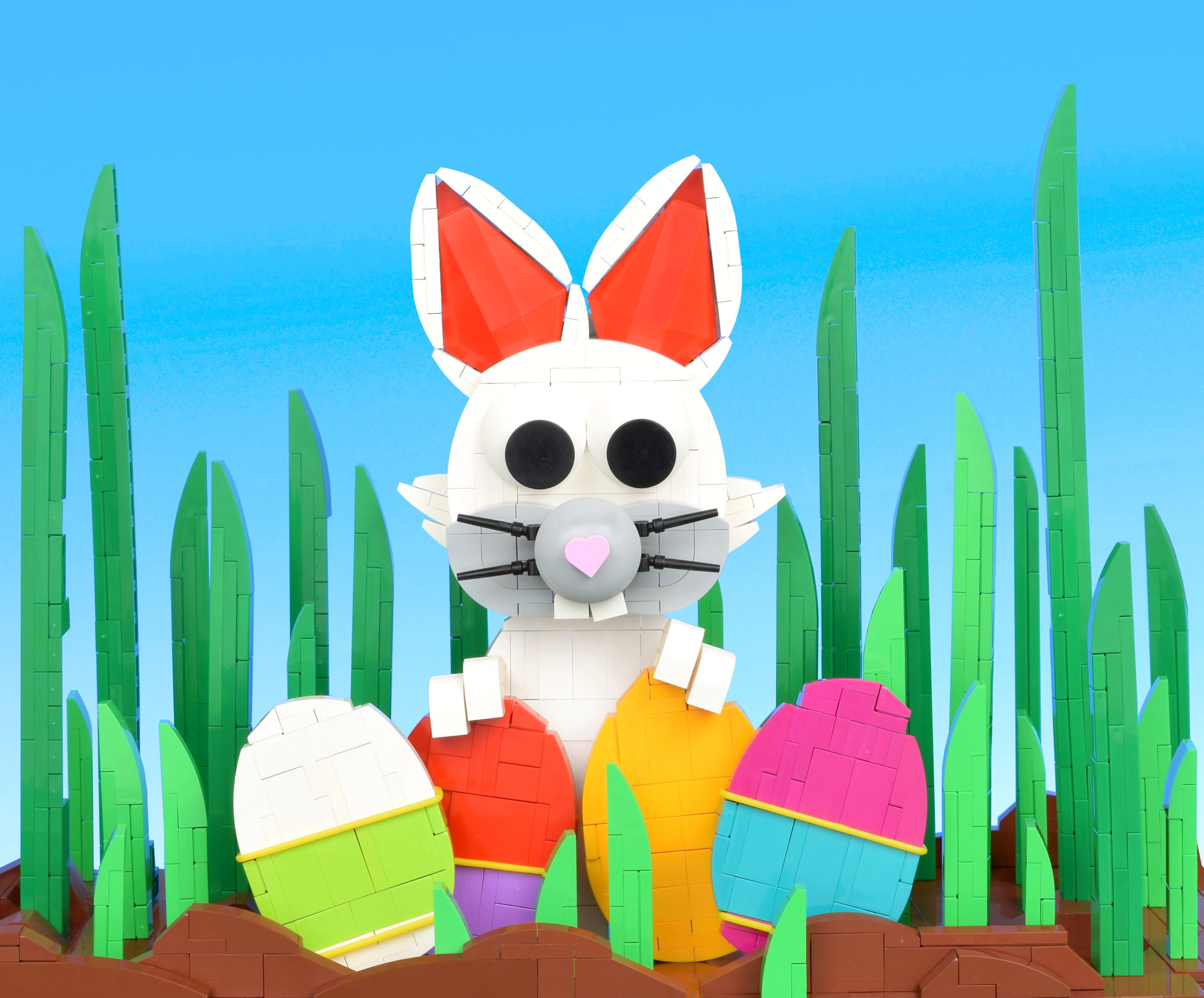 You can try to cut down my aspirations, but your builds are just egging me on! I’m hopping my way to victory! 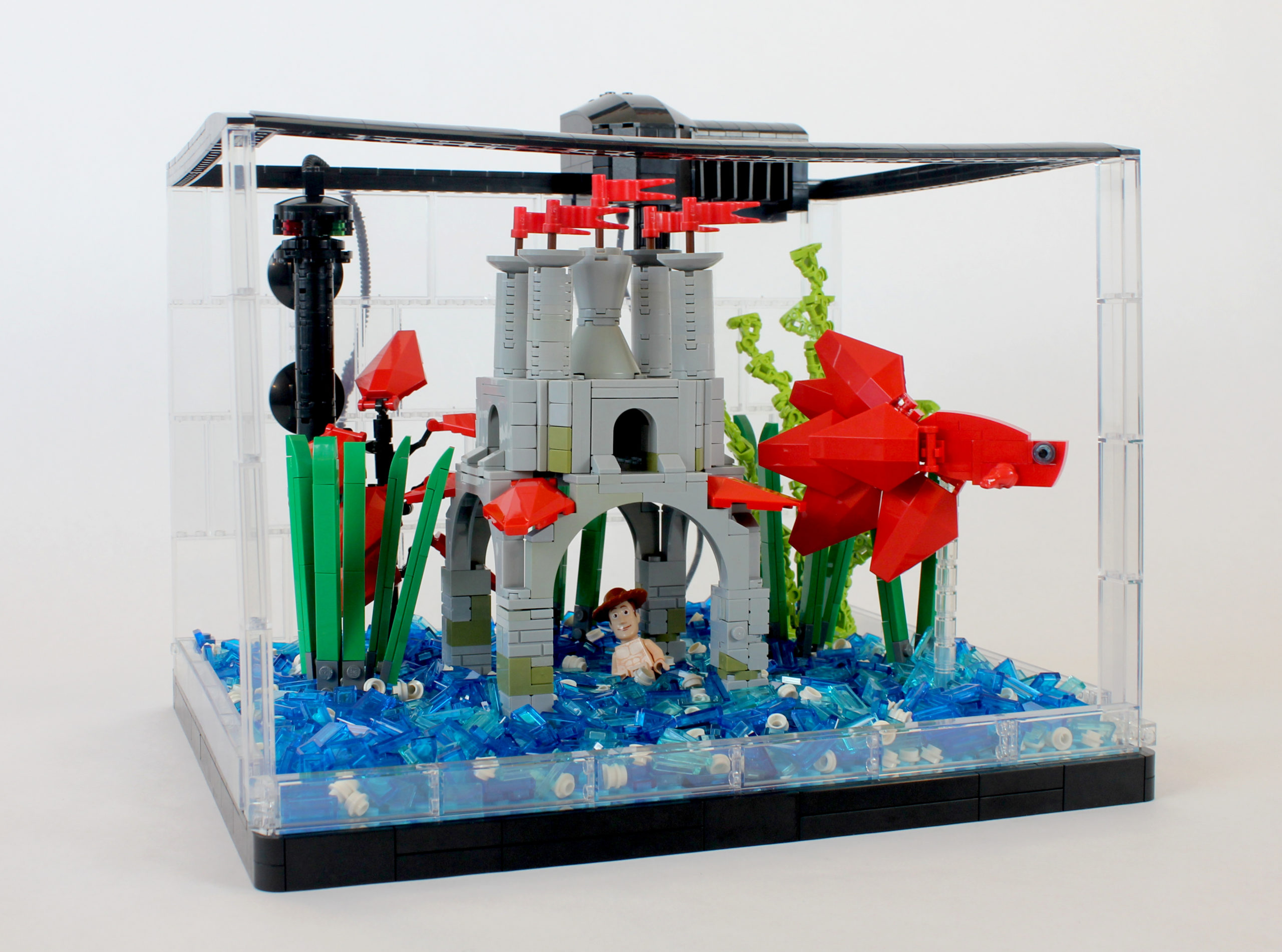 A Castle fit for a Fish

Looks like you’ll need to be fishing for some ideas for the seed part while I’ll be sitting back and watching your hopes tank! 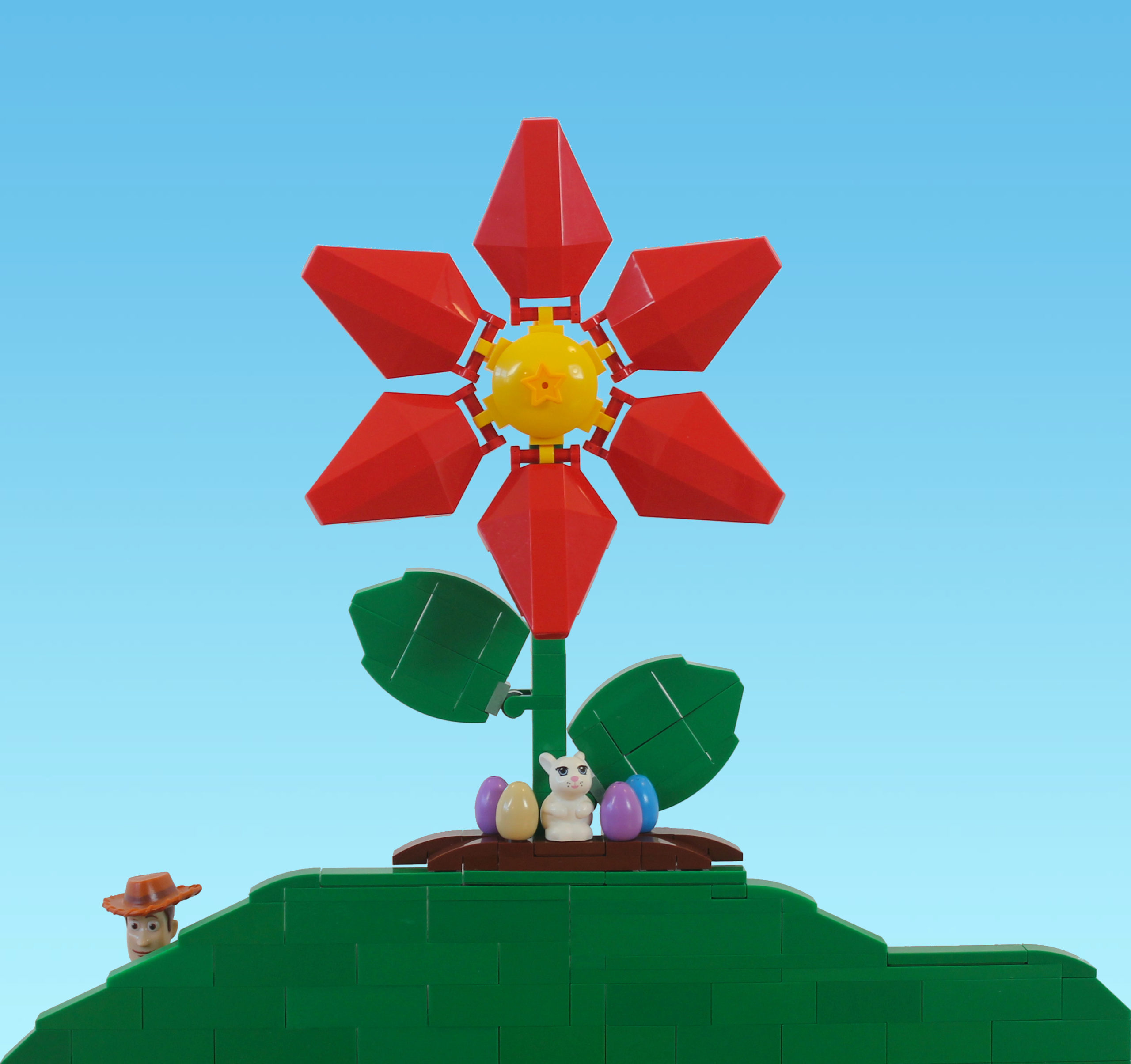 Your bunny build was cute, but my builds are flowering above it! 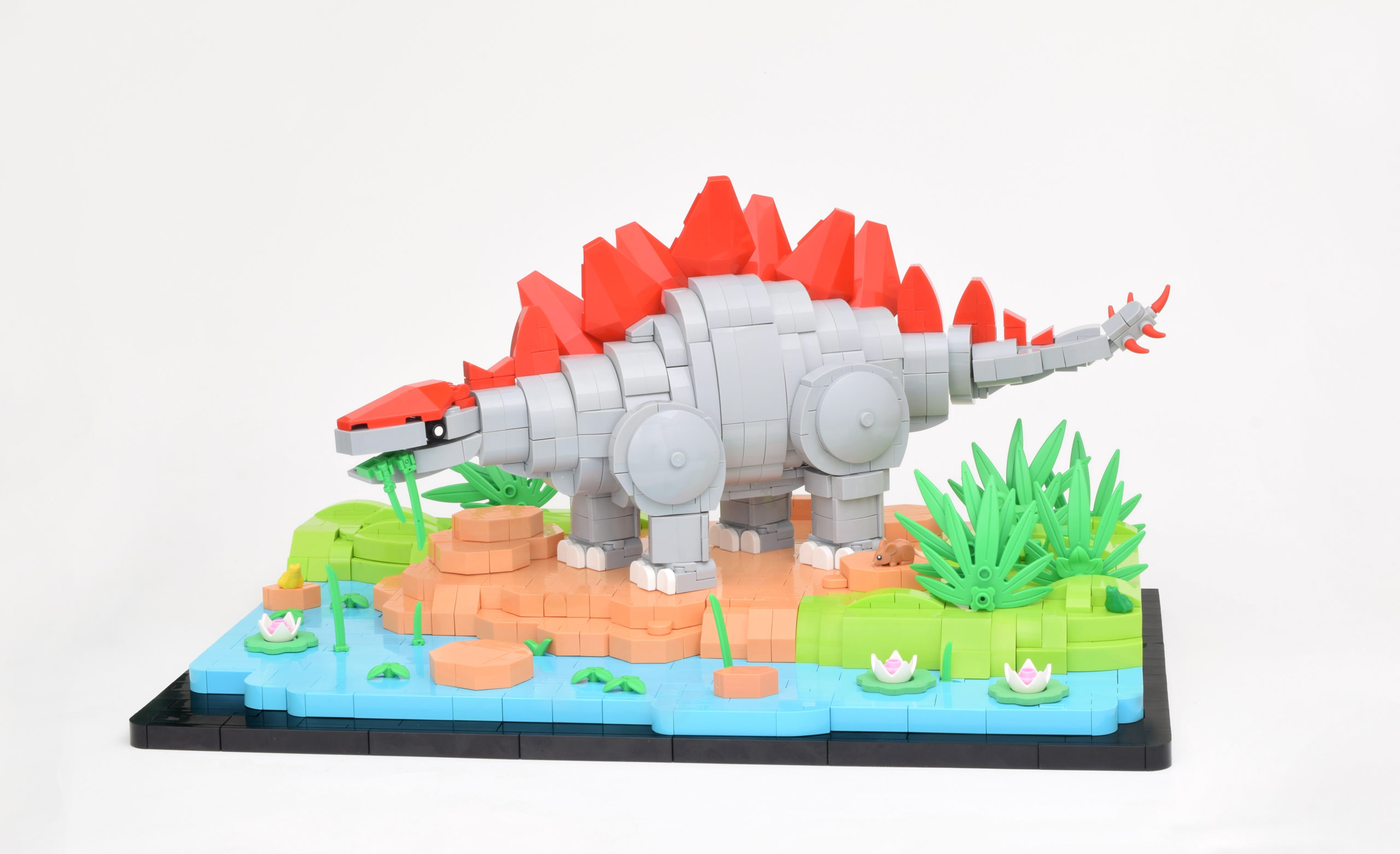 I hope you’re not a saur loser Joe, because it looks like your hopes are going extinct! 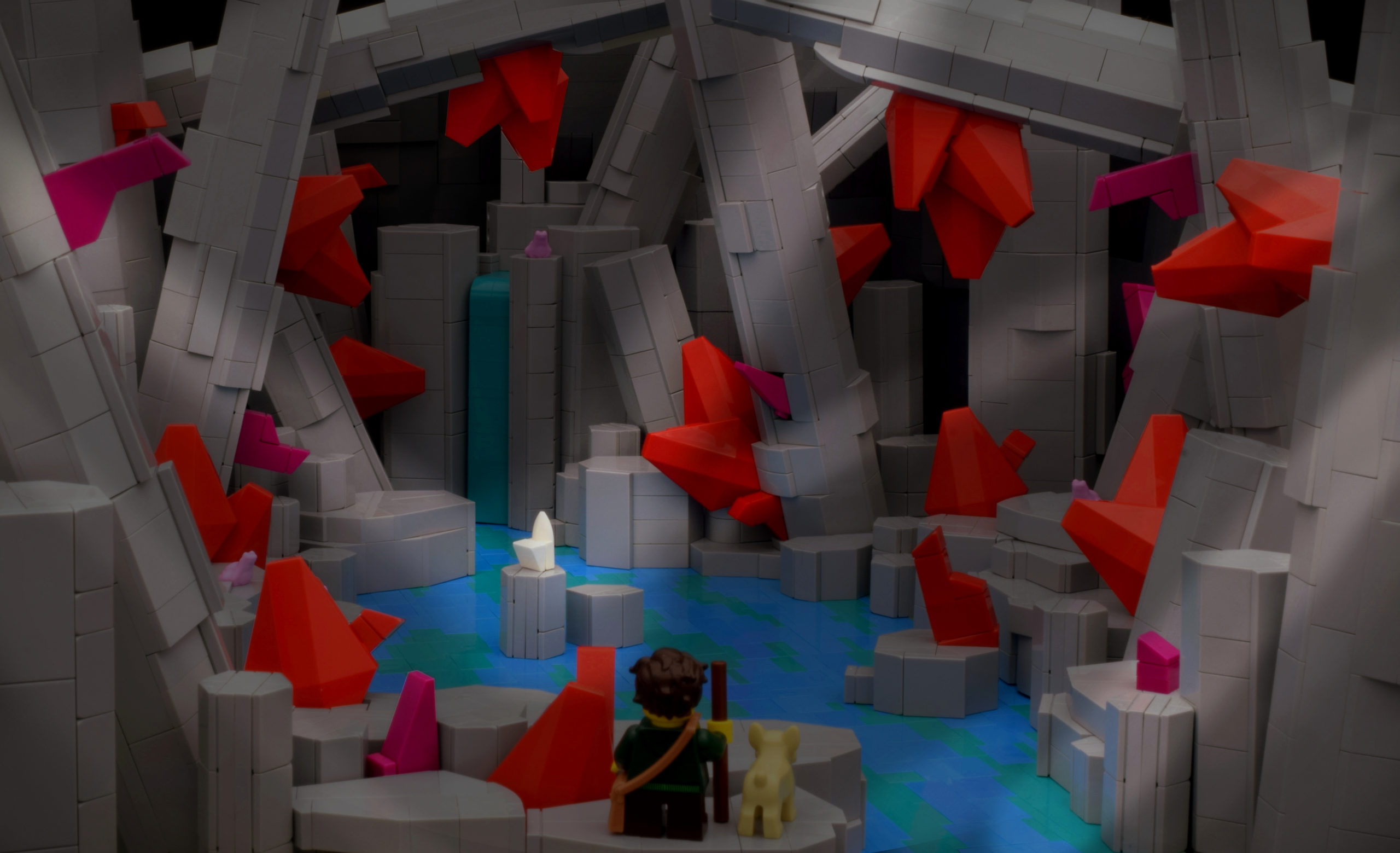 Well Joe, it looks like our round is coming to an end! I know you cave it your best effort but I think its crystal clear who the winner of this round will be!

Round 11 is officially over!

It is now in the hands of the judges to decide who had the better handle on things!

This was a very tight round with a high level overall on the builds from both competitors, but I don't think we expected anything less?

Parts usage: An interesting seed part, almost a sibling to the deltoid part from round 9. I confess that I almost did not even know of this part beforehand, and probably never have used it in a single MOC. The basic colors like the regular red here are always a bit tricky to use in my opinion, especially to integrate into a build that is otherwise in a more muted color scheme. Both competitors have found a number of interesting new uses for the seed part, in a mix of builds with more cartoonish colors and builds of a more natural color palette. I particularly like the aquatic creatures by Joe, as well as the excellent integration into the dinosaur and crystal cave by Jake. The broad innovative use overall and great integration into the creatures by Joe wins him this category.

Build quality: Throughout the whole round, Jake consistently delivers solid and clean builds expertly photographed and presented. His builds never fail to impress me with their excellent shapes, almost completely free of the usual gaps that such shapes tend to lead to. I particularly like the hull of the submarine and the complex shapes of the crystal cave. Joe on the other hand seems to have ventured further out of his comfort zone and produced several solid builds. Of particular note to me are the castle and living room builds as well as several interesting creatures, especially Smaug's head. Bonus for the movement of the samurai too, although I had preferred to see it with a bit less shaky video. A close call in this category overall, where in the end a very narrow win from this old MOC photography teacher goes to Jake thanks to the flawless presentation, lighting and photography of his builds.

Performance: Both builders never cease to deliver great puns which made me smile, and more than once roll my eyes, as a good round of Iron Builder is expected to! Joe displays more variety in his builds and it was fun when I (after having seen the builds many times already) discovered the connection between the picture on the wall in the living room and all the other builds. Jake on the other hand never fails to give us both puns with a true aim and a lovely atmosphere in build after build. In the end the way Jake's builds consistently captured my attention by conveying a glimpse of a broader context and hinting of a larger story earns him the win in this category, and thereby my vote.

I know the Iron Builder contests since its existence and I found it quite amazing to follow the people and their amazing creations over the years. While I myself participated in a lot of collaborations and contests over the last decade, I always hesitated to compete in Iron Builder - mostly because of missing time, but also because it is an incredible pressure to build as much and as qualitative as possible in a short time, while working with a strange seed part. Therefore, before I go deeper into details, my congratulations to Jake and Joe who pulled of an extraordinary round of Iron Builder.

Parts Usage: When using a seed part, there are two basic criteria on the quality of the parts usage. First, how well the part fits into the shape language of the model and if it achieves the illusion of having been „created for that purpose“. Second, how often this part can be used in a model without creating visible noise or making its usage too obvious for the spectators.
Joe knocked it out of the parl in this category right from the beginning. If I must choose one model from the round, his first creation Modern Living Room combined both criteria to perfection, just closely followed by the Lobster Dinner. Though Jake’s Jungle Altar and Wilbert the Wandering Dino made for fierce competition, Joe is the clear winner in this category for me.

Build Quality: In this category from both contestants the aforementioned four builds are the most outstanding and for me most defining entries, maybe with the addition of The Inquisitor on Joe’s side and the Chrystal Caves on Jake's side. And while all these models are beautiful in their own right, Joe takes the cake again here because of parts usage and build quality blending together just a slight bit more.

Performance: Honestly this is a tough category for me to measure but from my perspective Jake showed the better performance. While Joe started with two great entries, there are as well some models that haven't convinced me completely in regards to the upper two criteria. Jake on the other hand had a steady output of good models and a consistent performance. Aside from that the puns, smack and humour in Jake's entries are trophy-worthy by themselves.

Judging models of fellow builders is never an easy task, especially not in Iron Builder and not with such a close call between Jake and Joe. But in the end, there can be only one winner!

As with any other Iron Builder round, it almost goes without saying at this point that both builders delivered some impressive models throughout the round.

The red hexagonal windscreen, in my opinion, is another less obscure seed part compared to what Iron Builder has offered in the past. It has a very clean profile with relatively easy bar-and-clip connection point; the geometry is also generic enough that one can hardly go wrong by using it as a decorative element, as armoury, spikes etc., or as a shaping element in general, from organic objects to mechanical ones. Therefore, when judging for the parts usage, I particularly value if the builder has managed to surprise me with a really innovative usage of the part, that is beyond the realm of what I have just mentioned. In that regard, I think Joe has definitely done a better job. Right from the start with his first entry, which is also arguably my favourite build in the whole round, the “Modern Living Room” was a true demonstration of how many other ways you can use the shield piece without going for the usual route. The way he buried it partially into the sofa and wall for the cushions and curtains was also something extra special to me that I kind of wish to have seen more during the round. The idea of using it as a hot air balloon is also cleverer than it seems at first glance to me, because the bars on the end of the element would have prevented it to work inherently, but Joe managed to justify/hide it with the frame as a picture.

Even in cases where the usage falls into the more “usual” categories as I’ve established in the beginning, for instance, the “Lobster Dinner”, Joe still managed to use the part in different areas of the lobster for different effects: the shaping of the head, the layers of shells in the back, the fan-like tail and transition to claws in the front. Each of them feels purposeful and different despite being the same part in the same build next to each other. In comparison, Jake’s entries, while all looking gorgeous, seem to limit themselves to one concept of part usage per build for most cases, and in a few occasions almost seem too “obvious” to me given the context of what Iron Builder is about.

That said, I would give Jake the “Build quality” for this round. Regardless of the part usage, Jake manages to deliver consistently clean models with incredible colour combination that gives such a unique identity to his models, you can almost tell that they all came from the same builder with a clear vision on his aesthetics, without the name tag, and that is particularly impressive to me under the time pressure of an Iron Builder round. The last entry, “The Crystal Cave” also shows that extra effort from Jake to sell the concept by creating the atmosphere beyond the use of bricks. While Joe has also delivered some very high-quality models, certain parts of a few entries definitely felt less polished when they are not critical to the seed part usage, like the neck of “Smaug”, the environment in “The Samurai” etc.

As for the overall performance, I would once again hand the trophy back to Joe. Both builders have pretty diverse models this round but overall, I still think Joe’s choices were slightly more interesting. His puns were also more on point and “aggressive” in my opinion. As always, kudos to both builders once again and I can’t wait to see more awesome builds from you guys in the future!

The round goes to Joe