Welcome to Season 6 – Round 7 of Iron Builder!

Two new challengers for an empty throne – this will be fun!

Who will win? Our Master of Mechs Moko or our whimsical wizard Jake Hansen? 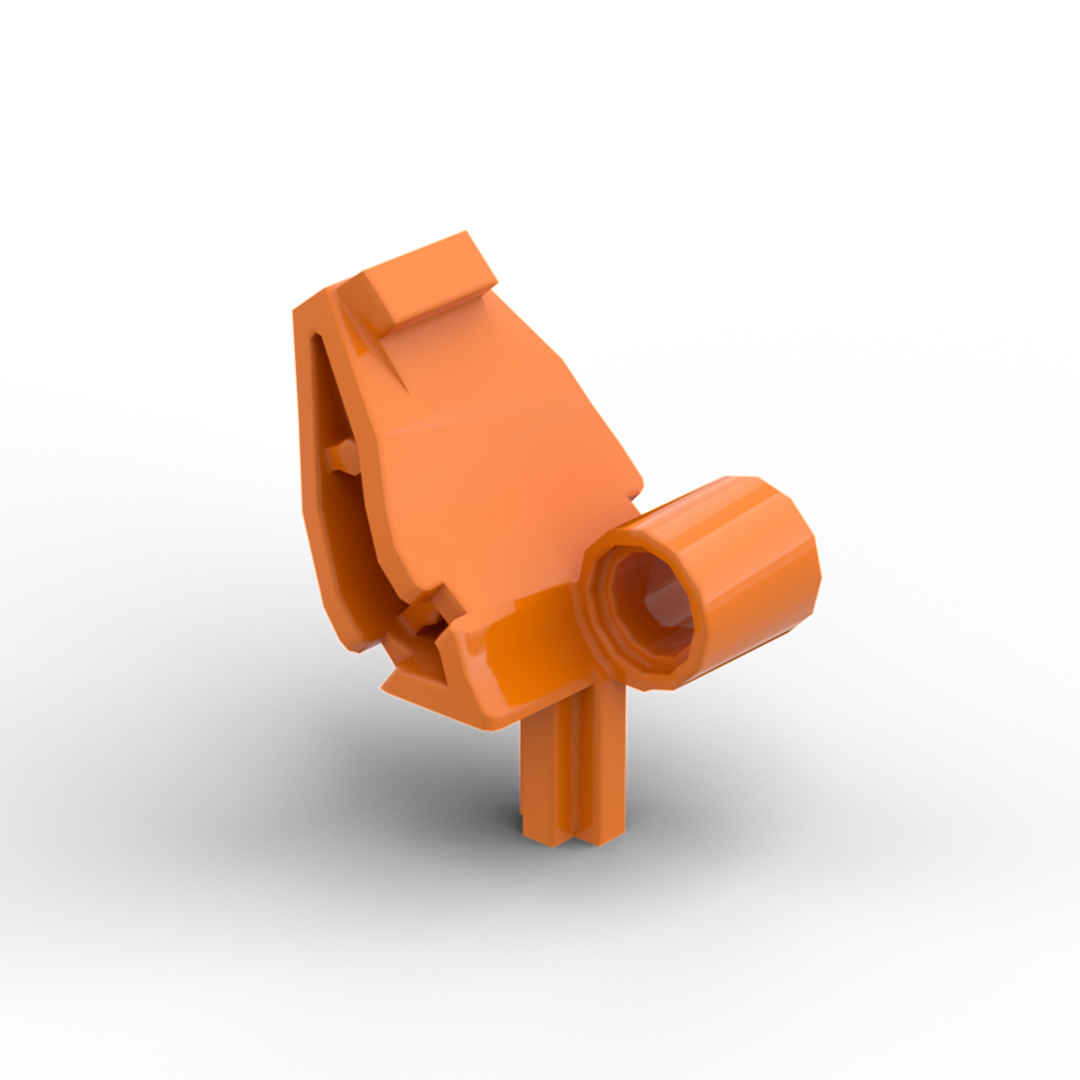 This round’s seed part is the Crane Grab Jaw with Axle and Pin Hole in orange.

Now our two contestants have 16 days to come up with amazing and inspiring creations featuring this seed part. Wish them luck! 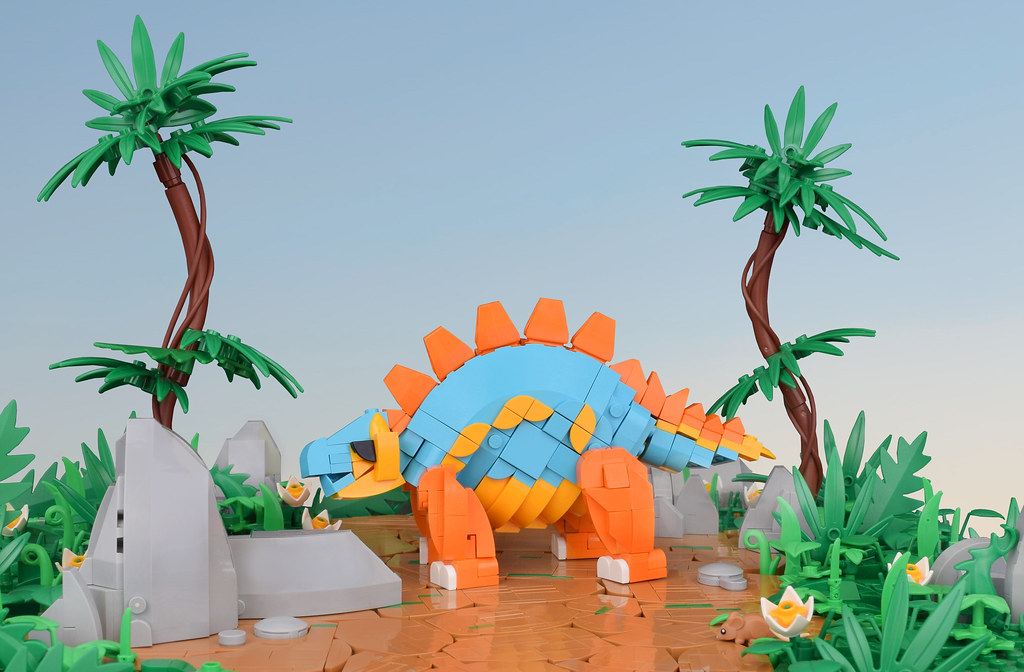 Hey Moko, wake up and quit that dino-snoring, we’ve got an Iron Builder to do! 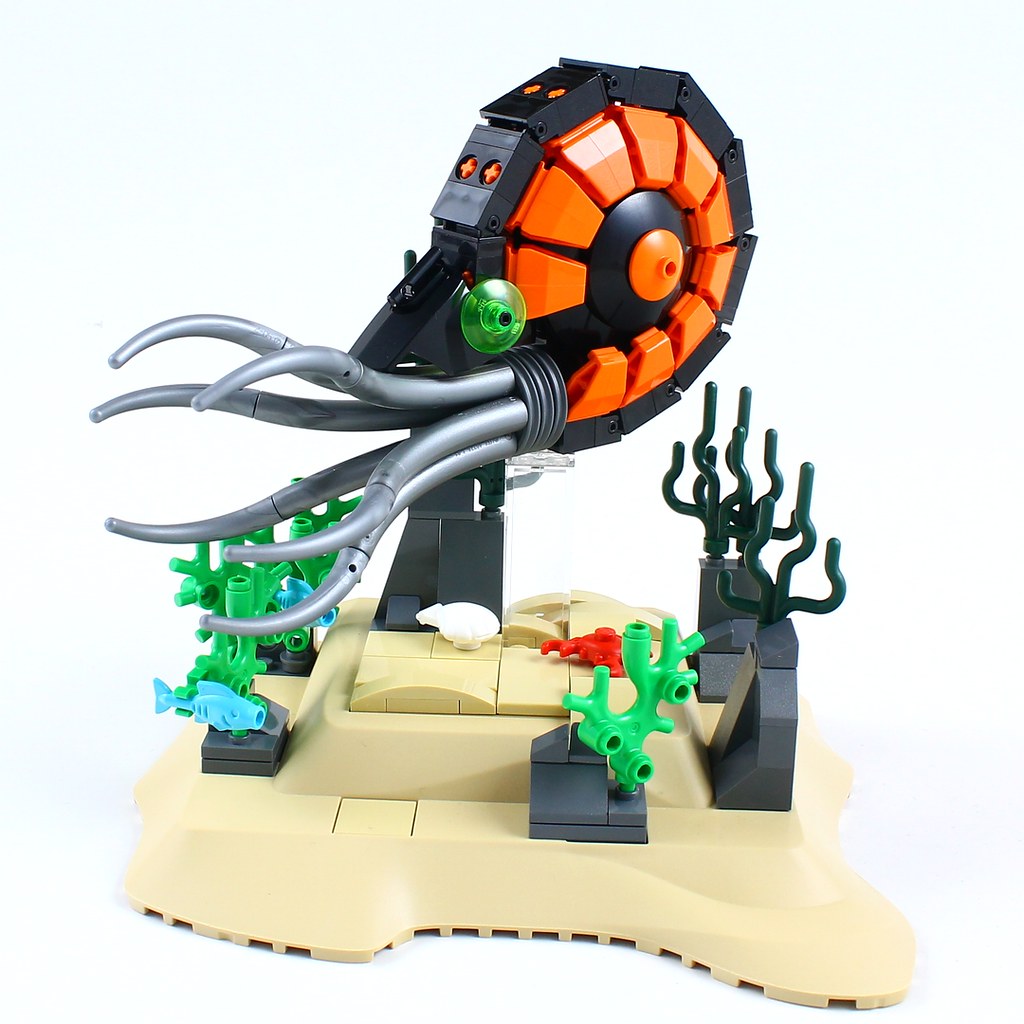 Hi Jake! Greetings have been delayed, but thank you for your cooperation. 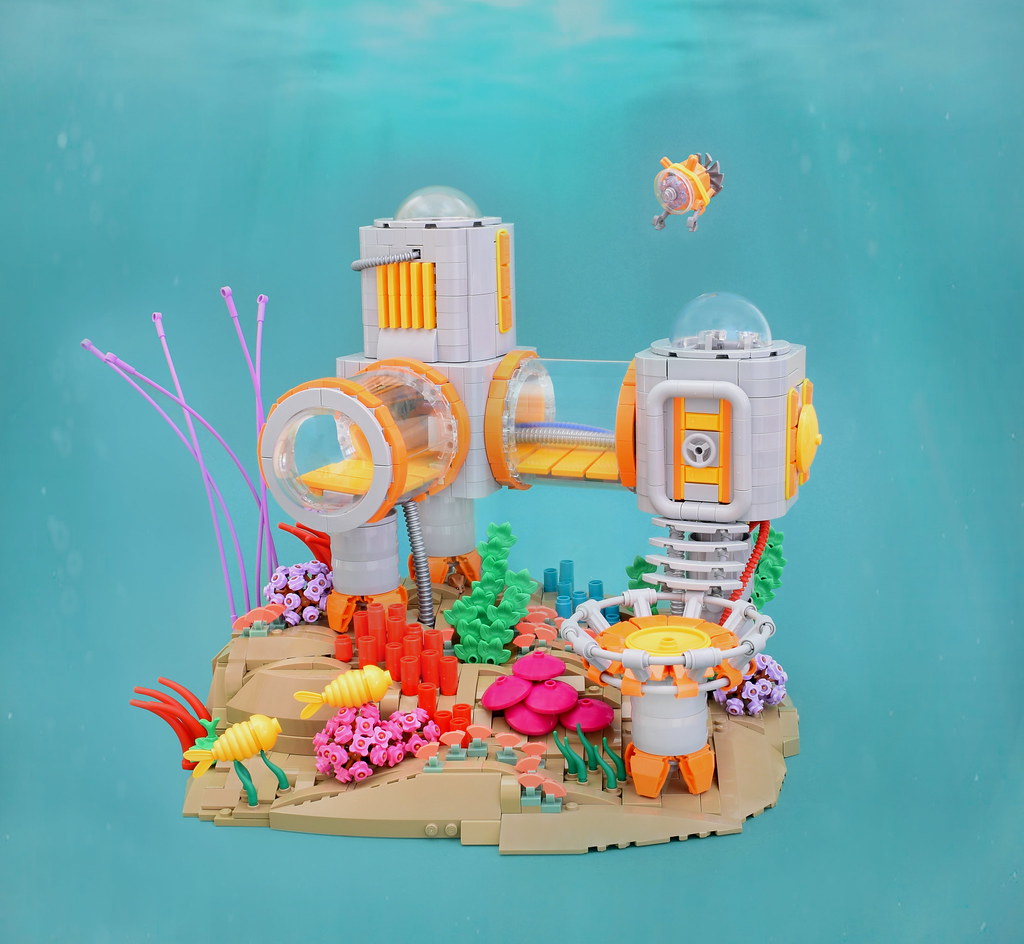 I know my puns are pretty subpar, hopefully they don’t sink my chances! 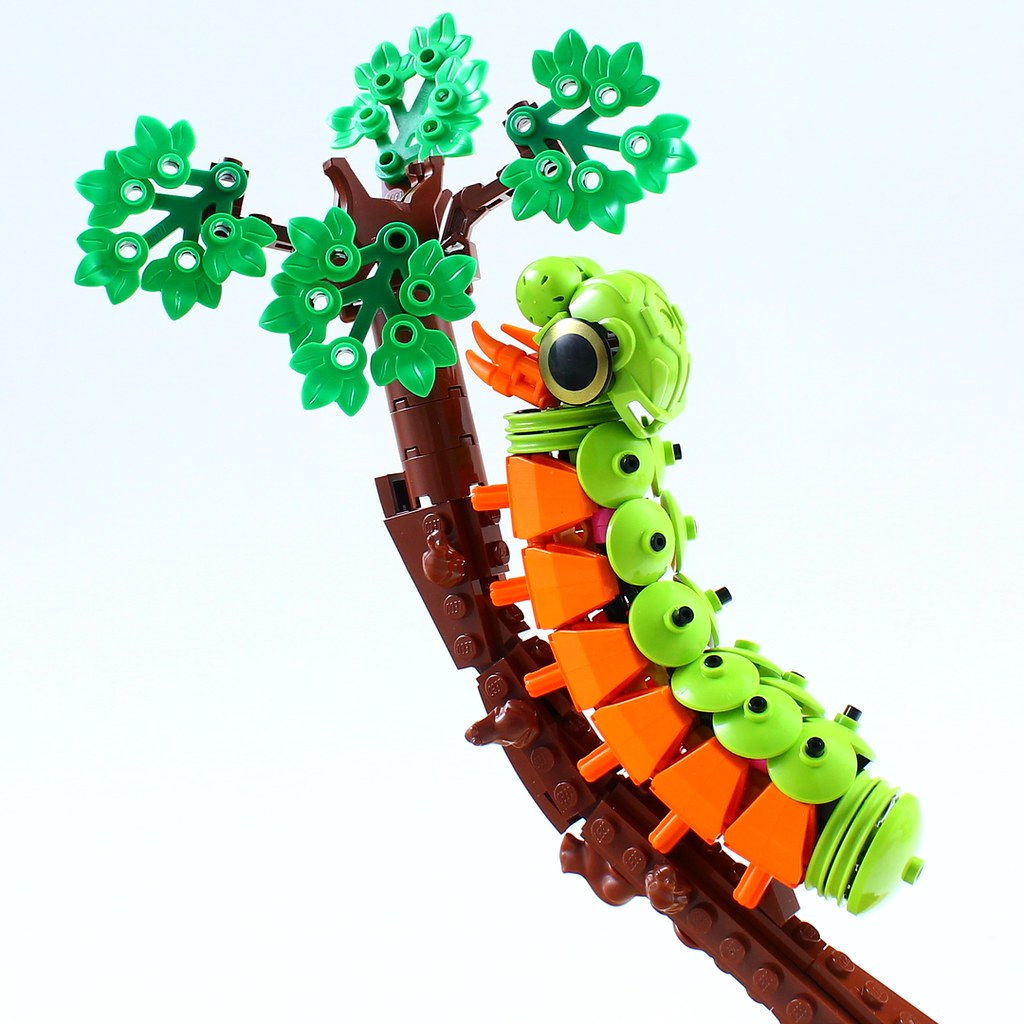 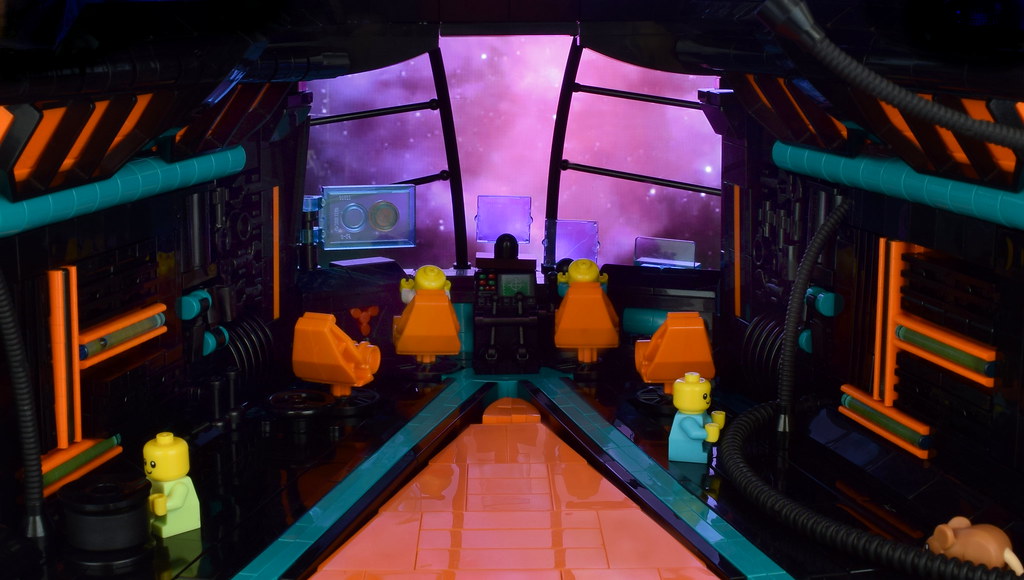 This next week is about to be quite the ride, so take a seat and enjoy the show! 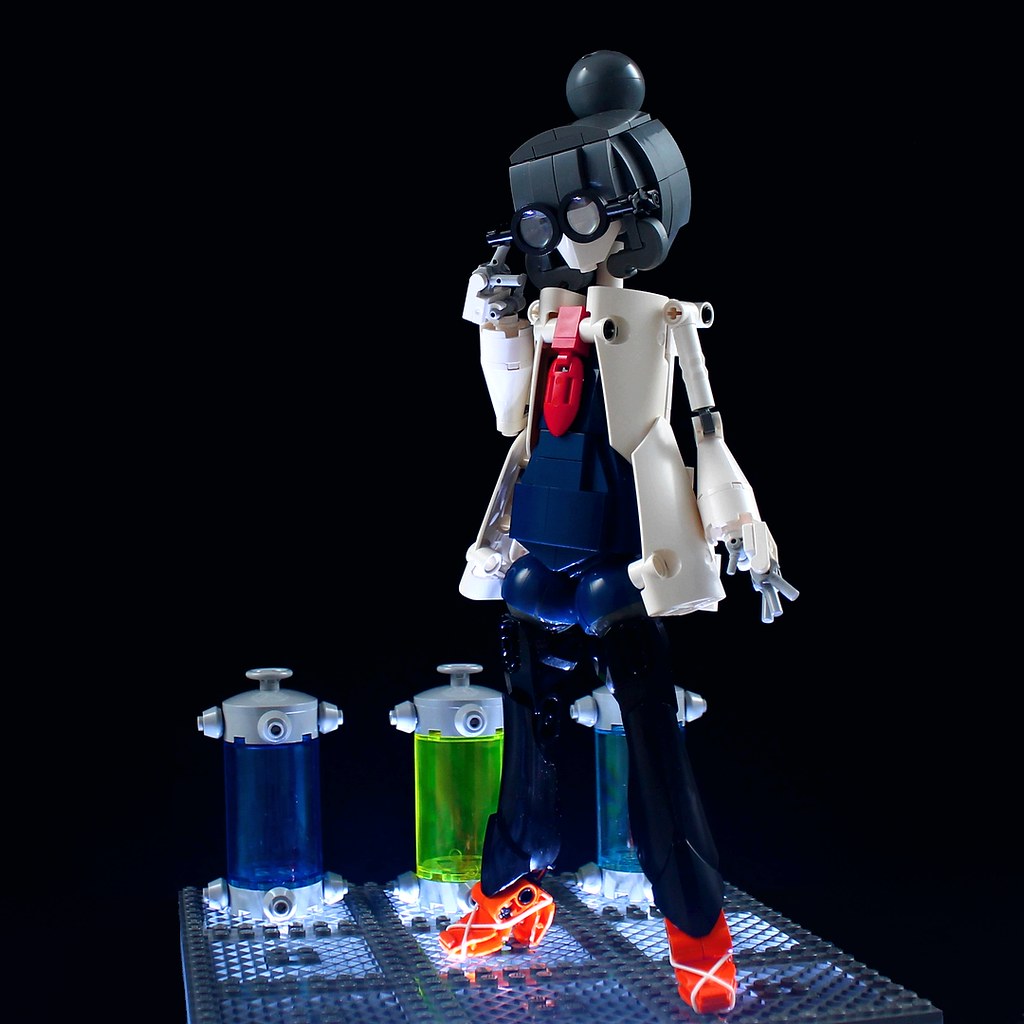 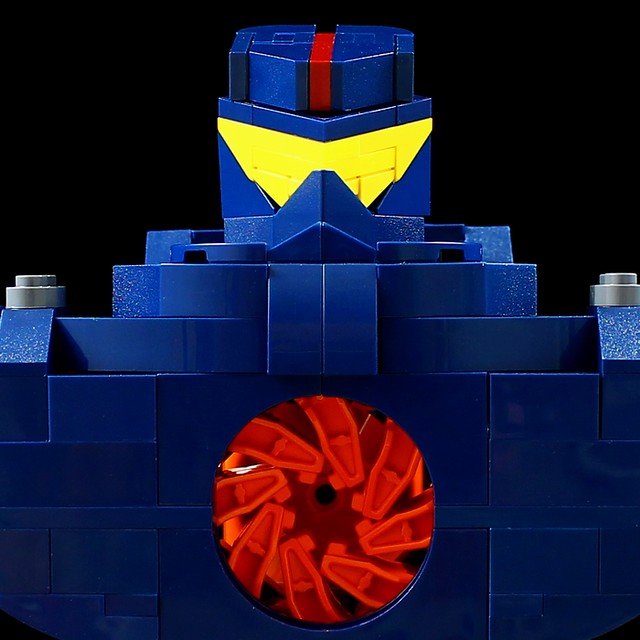 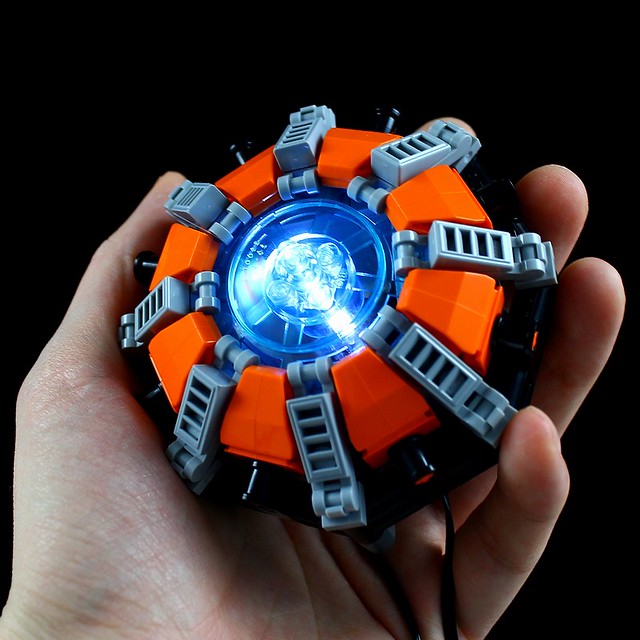 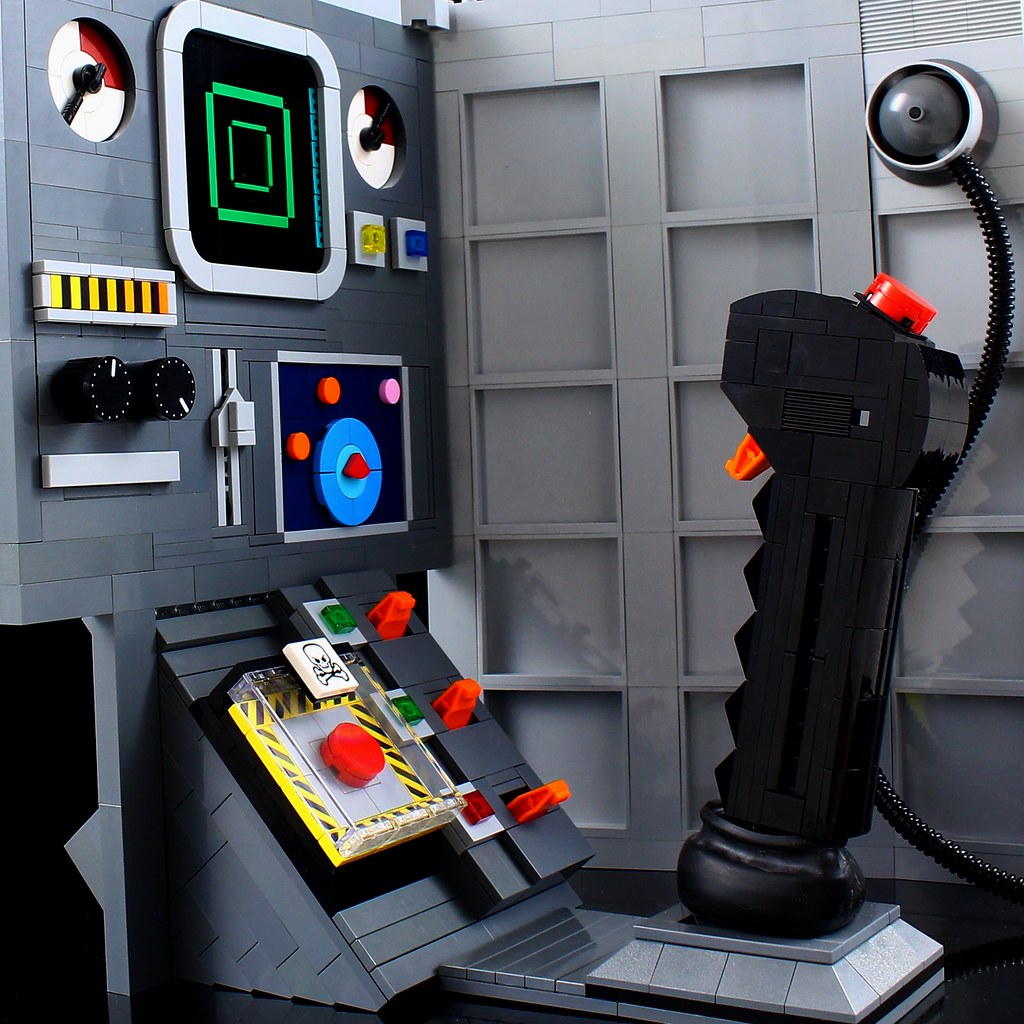 Are you curious about what this red button is? Try pressing this button! 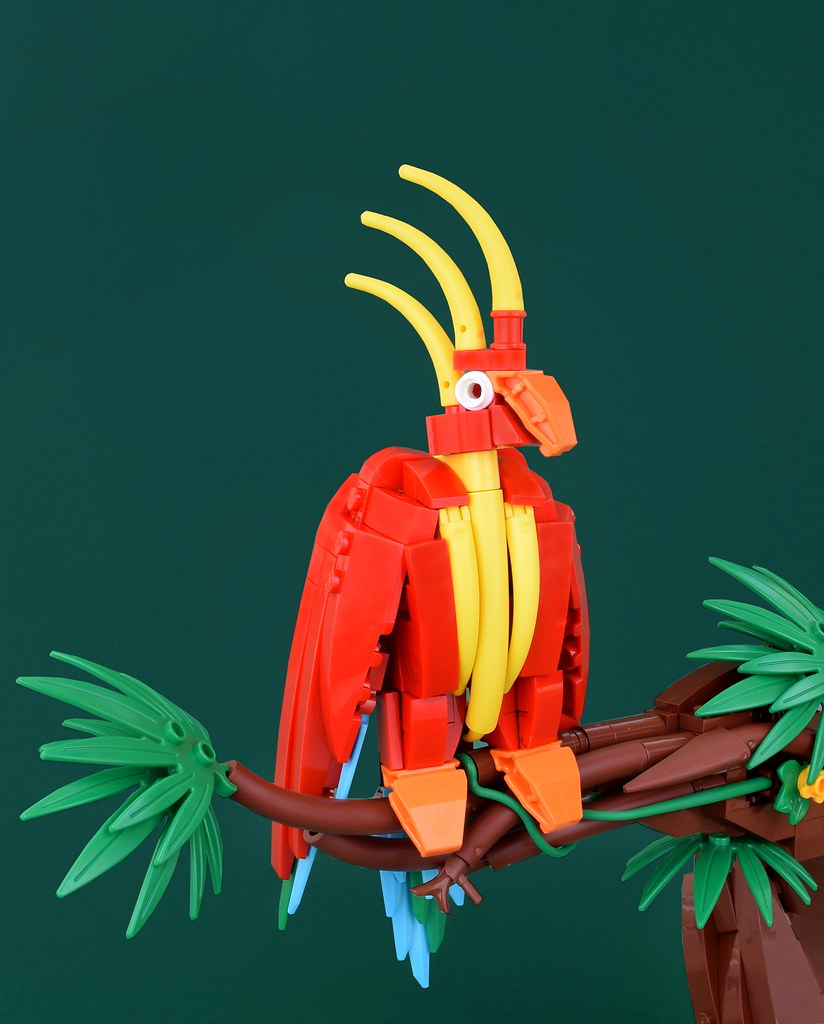 Im really branching out with this one! Soaring to new heights on my flight to victory! 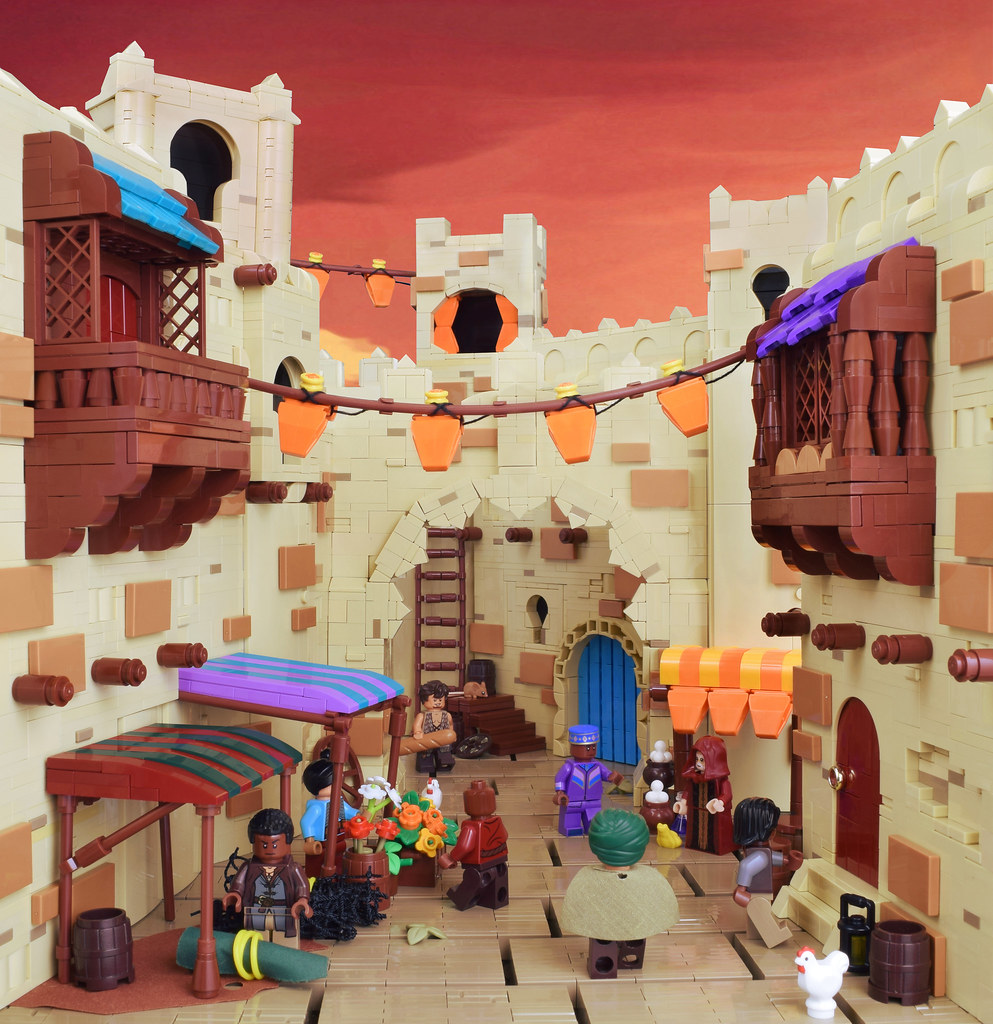 I’ve been trying all kinds of new builds lately, so I figured I’d make something right up my alley! I better quit stalling though, I have some builds to finish! 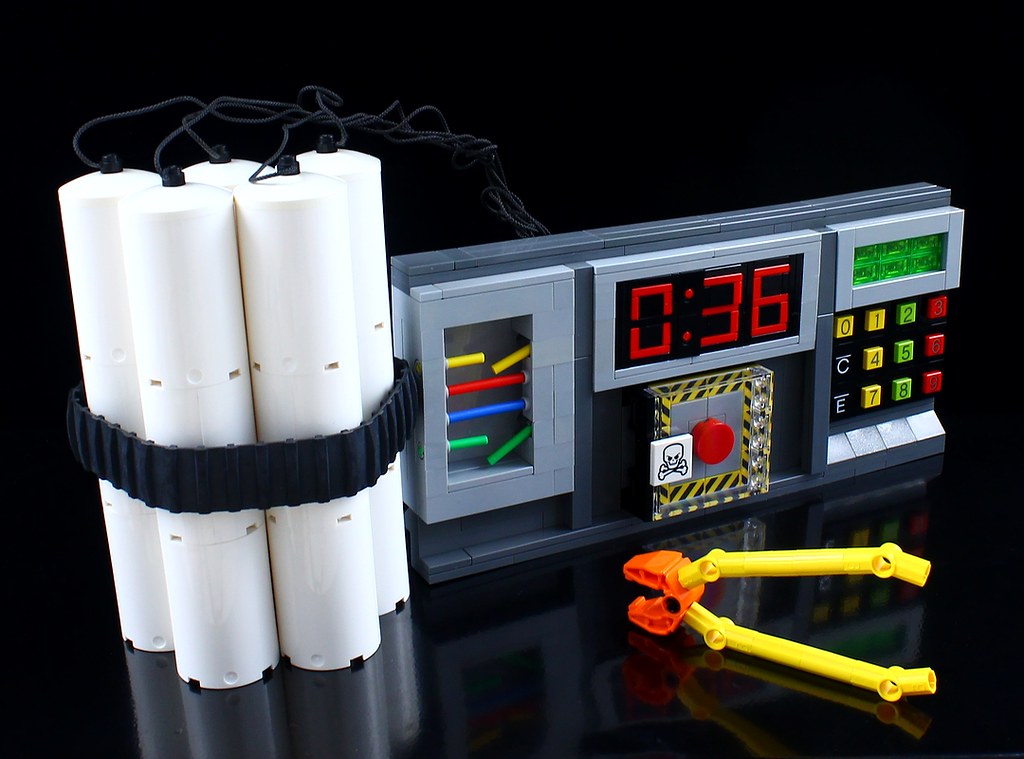 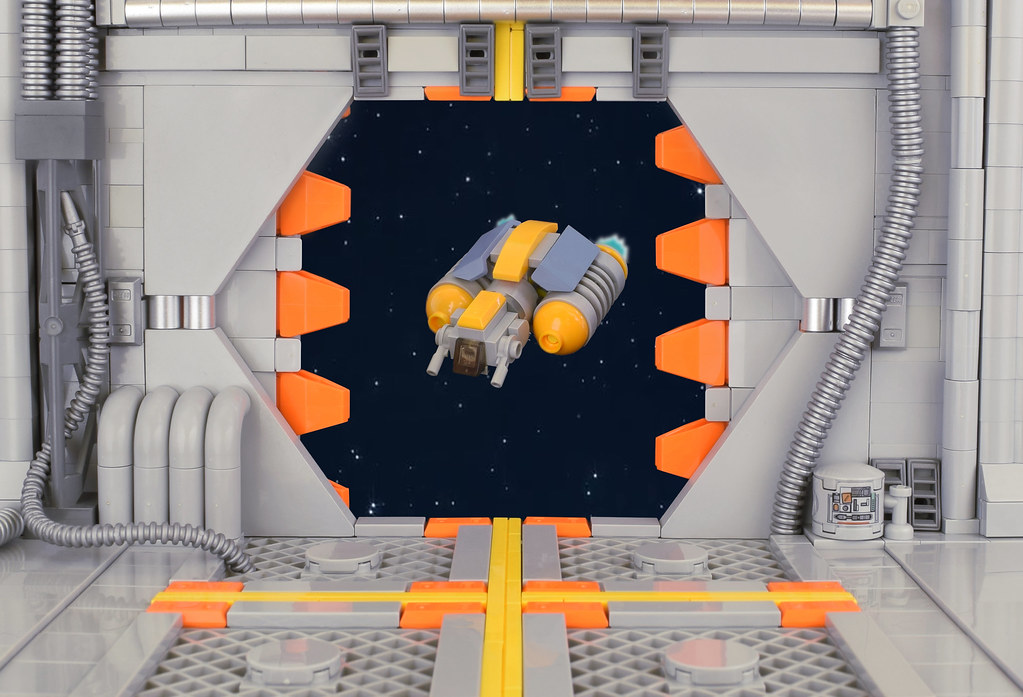 I hate to shut the door on your chances Moko, but there’s only space for one iron builder here!

Video of the function. 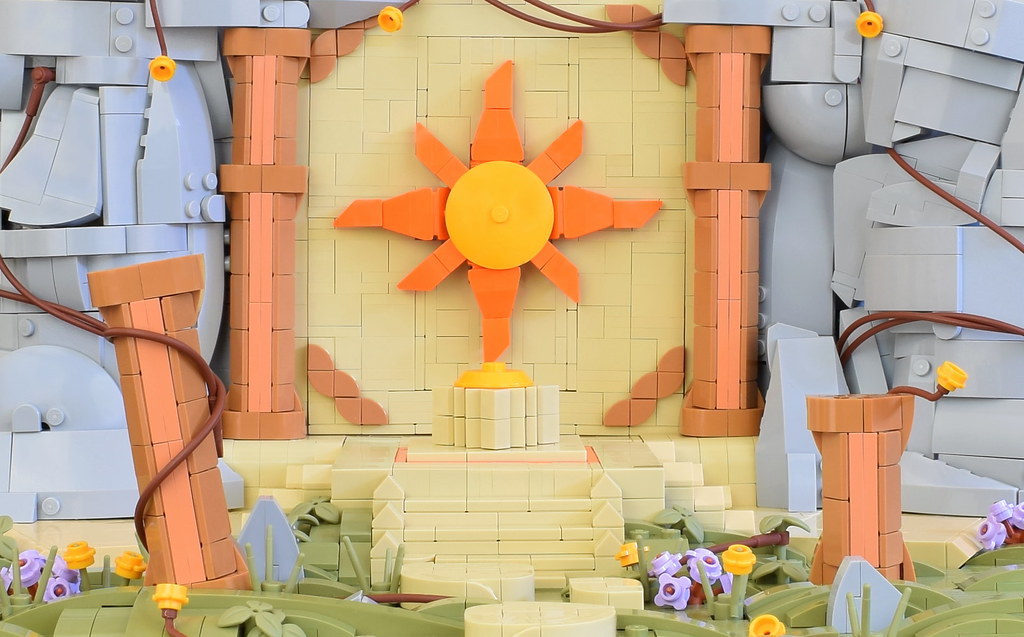 Temple of the Sun

Well Moko, it looks like the sun is finally setting on our round! You have been a worthy opponent!

Round 7 is officially over!

A judge’s duty is a tough one, especially in such an elite competition as Iron Builder, and this round did not prove any different. Both Jake and Moko fought valiantly, which made it all the more difficult to choose a winner. Guys, regardless of what follows, my hat is off to you both!

The seed part for this round did not disappoint. Such a strangely shaped Technic element was guaranteed to present a challenge worthy of two prospective iron builders. But for me, this round came with a bonus: orange – especially in this very saturated shade LEGO produces – is a great-looking color but quite hard to use, so I was looking forward to seeing how Jake and Moko might turn this added difficulty to their advantage.

Now, on to the builds. One thing that I found interesting as the round carried on is how Moko seemed to focus more on making round shapes out of several seed parts, whereas Jake leaned on the part's angular aesthetic when used on its own. But in the end, I think Jake's lineup of builds displayed best the seed part and its potential: not only did he constantly switch between themes and subjects that pretty much always made a great job of showcasing the piece, but all his builds felt fresh and colorful, thanks to the varied and vivid color palette he used throughout the round. Plus, whenever the seed part usage felt lost amidst everything else surrounding it, as for example in Coral Castle, Jake's landscape and scene-building skills more than made up for it.

Moko too showcased great skill in his part usage, especially in my favorite build from him, Hornworm: the seed part was central to the build, and the lime green/orange color scheme looked great. However, what was true for that build wasn't always for the others; Time Bomb comes to mind. The bomb itself looked great, but the seed part just didn't feel included well enough. Plus, I felt a bit disappointed to see the same button contraption used in two builds in a row. And although Moko's other builds made a good job of integrating the seed part, they felt less impressive and ambitious compared to Jake's elaborate scenes.

Finally, presentation-wise, the clear winner for me is, once again, Jake. While Moko’s photography and presentation were effective and didn’t detract from his builds in any way, it didn’t add anything to them either, whereas Jake went above and beyond to create added value through his framing, editing, and story-building.

It's hard to find good ways to use a part like this. You can go two ways, either you try to find some great NPUs and make the part pop out at the audience, like Moko did with the shoes on the character or the legs of the worm. Or you try to blend it into your building style, almost hiding the part in plain sight from the audience, like Jake did with his underwater scene and the street scene. I was a bit more impressed by the ways Moko used the seed part in his builds. Another feat is to manage to make use of large number of parts in a build without making it look forced. Moko also won that battle where the worm and the energy core stuck out to me.

Both builders managed to put out some amazing builds. Moko goes for the techy builds with a lot of contrasting colors, whereas Jake instead likes to use rounded forms with a lot of muted colors and plants. I know you are fighting against time during IB and the builders might not have time to keep the quility at the level they would have wanted. Still, both builders mostly manages to keep the quality high, but I think Jake comes out on top.

When it comes to presentation it's all about selling the build to the audience. Moko uses black and white backgrounds, it makes his builds pop out from the image. It mostly works great with the techy building style. Jake chooses colorful backgrounds that complements his build which makes his images more immersive. It also gives the build a more cohesive and finished look.

I know the whole point of Iron builder is to work wonders with a challenging seed part but this part, whoa, this is a tough one! I think both builders struggled with the lack of symmetry on the inside of the claw which resulted in the smooth side being on display a lot more than the inside face. Things are not helped with the main - but not only - legal connection point being a technic axle. And it was orange. No one ever said Iron Builder was easy.

So who has grabbed themselves the victory and whose claw could not quite hold on? I can not wait to find out!

My judgement is that Moko got a better grip of the seed part. They used it in ways that never felt too forced, in the biggest variety and with the larger selection of connections methods. The Android feet are a prime example of this innovation.

Jake did themself proud with some great usage like the baby space seat but sometimes I felt that the build led the part use rather than the part leading the build; I was not convinced with their use as flags and as an awning in the otherwise amazing Arabian Streets.

Build quality has to go to Jake, most of his builds were a delight and the use of colour was sublime. Each picture told a story and used a variety of interesting techniques. The more I look at the Baby Bridge the more impressed I am with all the details in there and the same applies to the Temple of the Sun

I appreciated how much Moko pushed themselves into areas they are not well known for building in; there is so much to love in the Cockpit with all the dials and displays and the joystick but the back right wall let it down with its simplicity.

Presentation was nice and clear from both participants but Jake managed to infuse a bit more atmosphere into their pictures with either subtle backgrounds or more immersive builds.

Congratulations to both participants, you have done yourselves proud and kept us entertained for 16 days but unfortunatley there can only be one winner!

The round goes to Jake