For me, this was more suspenseful than this year’s presidential election. Needless to mention that both contestants were fantastic and it was a neck-to-neck race.

The result for ‘presentation’ was similar, only this time John won with a 1-point margin. Sometimes, editing a picture by adding a background photo can enhance the presentation (for example ‘Low Tide’ or ‘Treasured Tome’), but if it’s done wrong, it can also damage it. A plain, neutral background works wonders now and then. Fitting lighting is also important, even if it’s subtle (for example ‘A Time Forgotten’ or ‘Tank Bay #3’).

‘Build quality’ was hard to judge, since all entries were top notch. I tried to ignore my personal taste (which wasn’t easy when it came to ‘Western Homestead’ or ‘VR’ for example), and base my judgement on criteria like ‘building techniques’, ‘complexity’, ‘size’, ‘originality’ and ‘color palette’.

Fantastic work by both builders! This was an interesting piece that’s commonly seen in sci-fi builds and is easily used for mechanical components or hull plating. Both of you have used the part in such ways, and more so Tom who is a more experienced sci-fi builder. However, the challenge of Iron Builder is to push the participants to build outside of their comfort zones, and in that regard both builders have delivered great results.

For parts usage, I am the most impressed when a builder uses the mystery piece in a way where I can think of no better part to be used in that instance. John’s use the piece for the samurai’s armor is a prime example of this. Tom also made an example in his seal, and creating the imprint further solidified the importance of using the part. In the end, I thought John had more examples that met what I was looking for, so he won this category.

The quality of the builds was harder to judge. Both builders are talented, which is a prerequisite for being on Iron Builder. However, building under a strict time timeline tests the proficiency of the builder, and one has to sacrifice some details to get so many creations completed in a short time. While both builders maintained a similar quality to their creations, I thought John’s creations had more weight to them like the steamboat and the barn.

I always think that presentation is a big chunk of the experience of sharing one’s creation. That’s why I made it an entire category when I conceived Iron Builder over a decade ago. You can make an average build but take a stellar photo in an immersive context and instantly the creation becomes pleasant to look at. I really like the atmosphere in Tom’s Low Tide scene and the barn by John. Both shows that the background of the creation sets the mood for enjoying it. I gave the win for this category to Tom because he went meta in his last creation and it was a fun way to finish the competition.

Thank you both for the viewing pleasure and I look forward to more of your works!

It was really tough to pick a winner. Both builders managed to use the seed part within a diverse range of creations. I particularly liked the life-sized MOCs, and Tom's stamp and John's soundboards were probably my favourite builds of this round.

In the end, I felt Tom used the seed part more creatively (I loved the stamp, the bench in the garden, and the dinosaur eye), but when it comes to the overall builds, I was more impressed by John, especially his samurai, soundboard and orc hideout. As for the presentation, while I liked how immersive John's edits were, I prefered Tom's photos, where in many cases the builds filled the frame.

The round goes to John 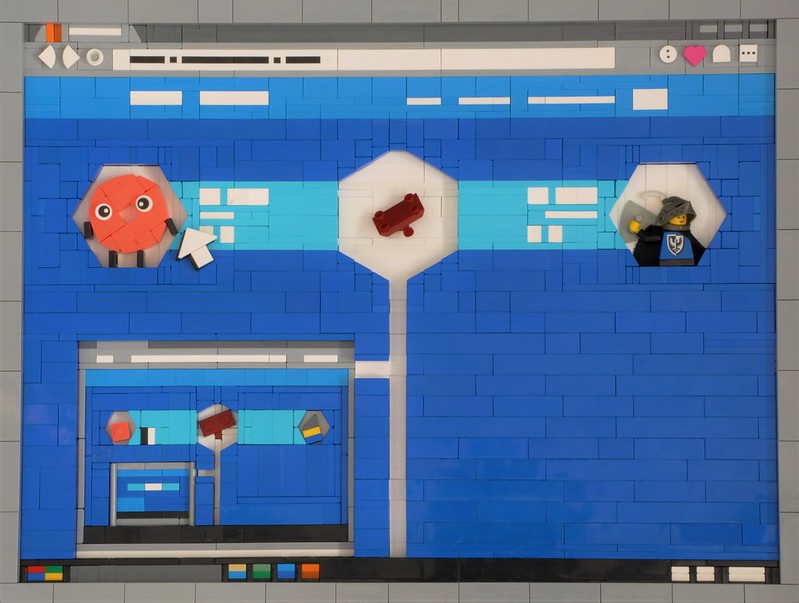 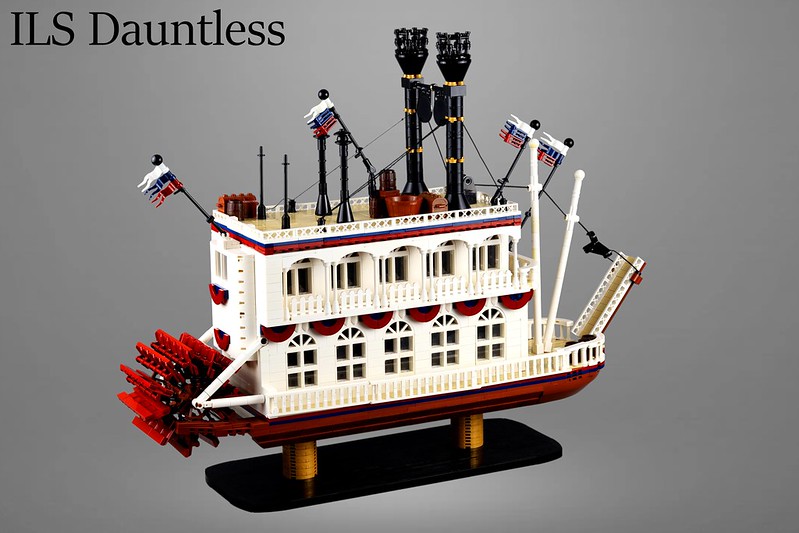 Water you expecting me to have quit?
Hardly. I hate to showboat, but I'm paddling on by for the win. Maybe I should send up my victory toot-toot now. 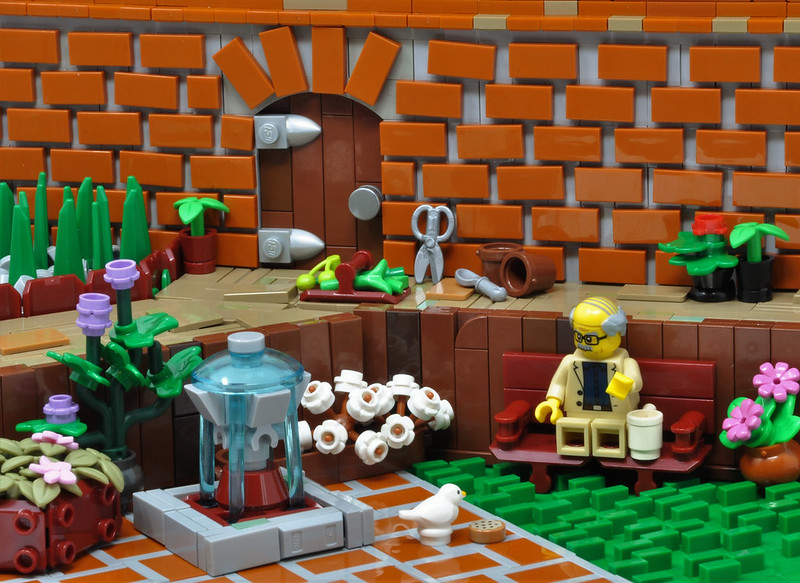 Seemes like you've hit the wall John, ready to throw in the trowel? 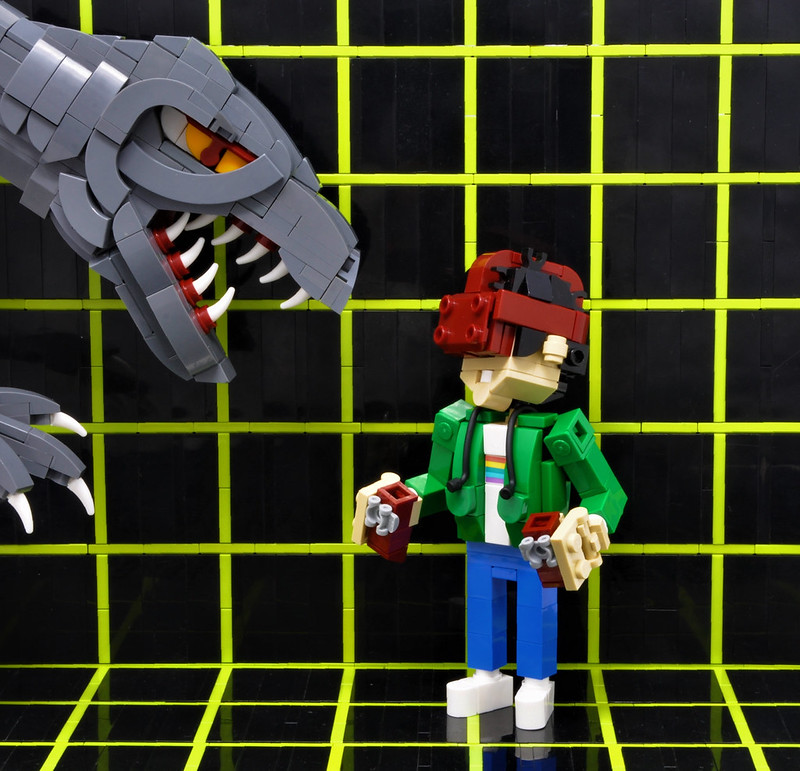 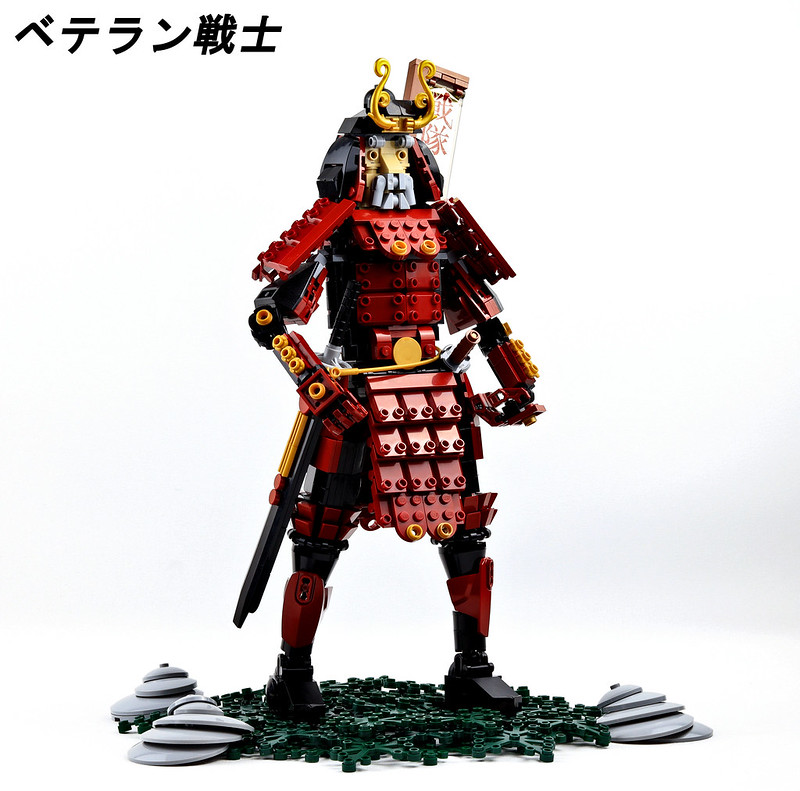 My builds armor than capable of weathering some waves.
Can yours stand up against cold steel? 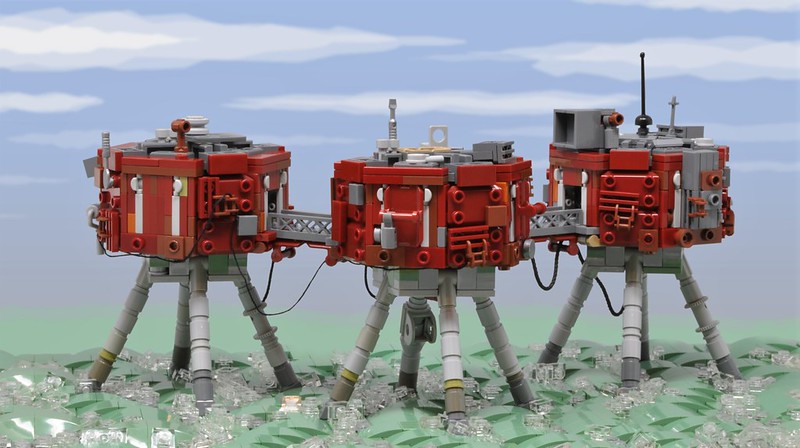 It seams both our builds are instrumental in one way or another. But will you be able to weather this next wave? 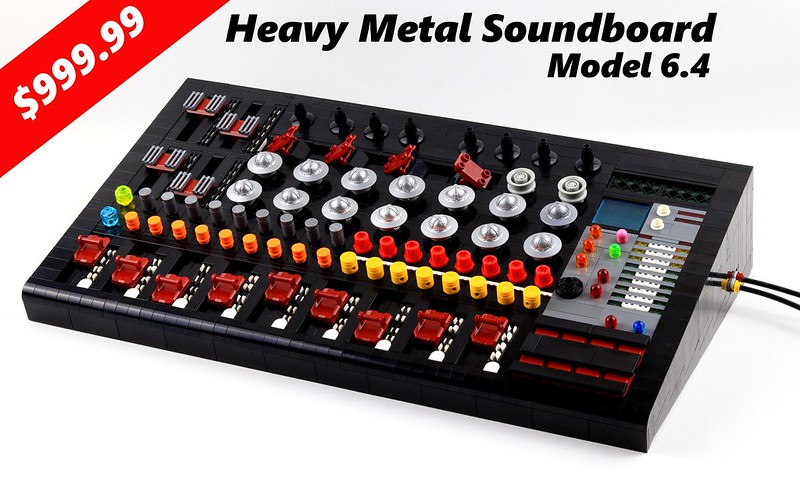 Everything ok, Tom?
Haven't heard a sound out of you recently.
Don't worry though, I'm still on track and will keep everyone from getting board. 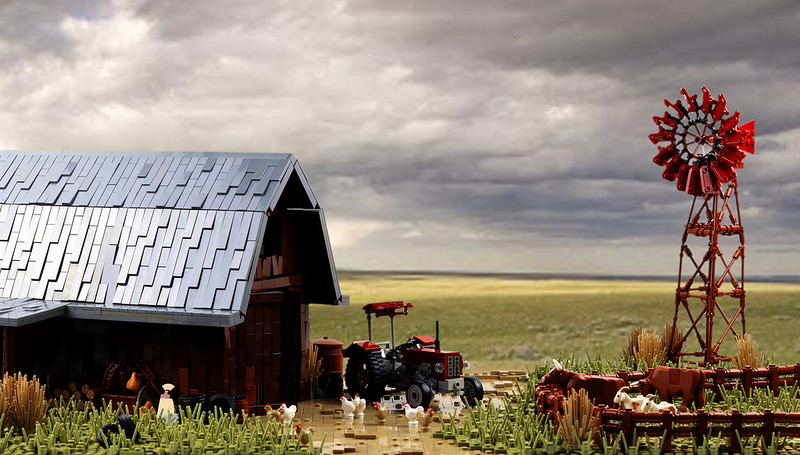 Ready? I was barn ready! This round has been a breeze, I just hope you aren't going to chicken out while I keep blowing you away with my entries. 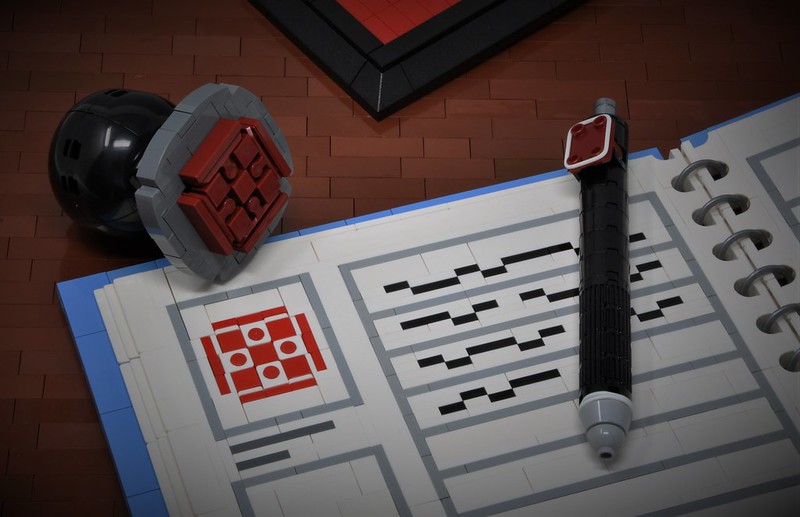 Time to stamp out the competition once and for all. Are you prepared for your inpending doom? 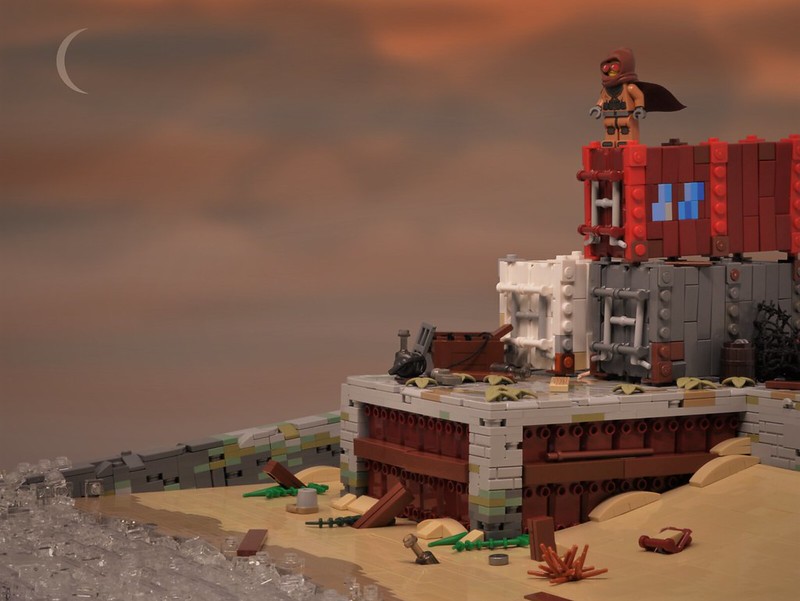 Looks as though you've washed up. Time to turn the tide on this round. 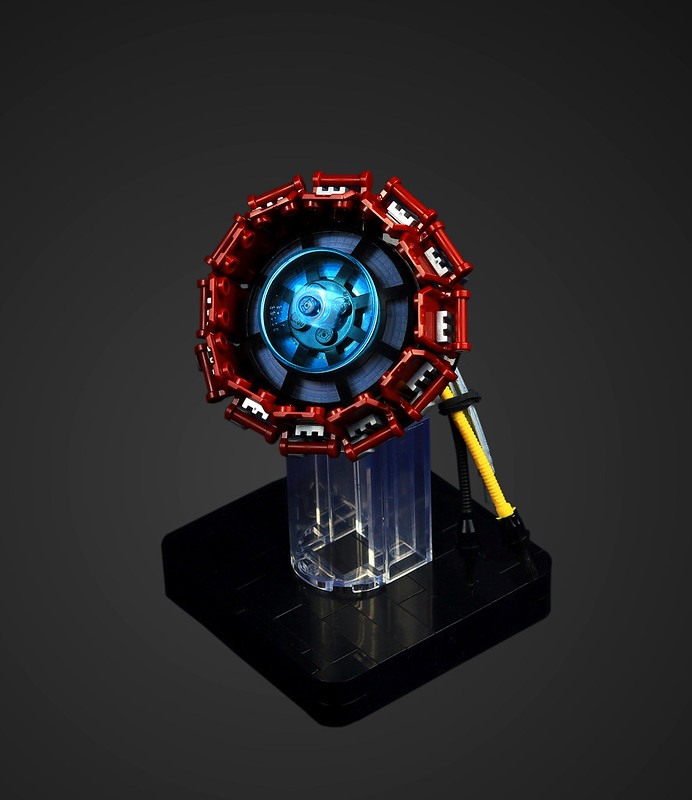 I'm all wired up now, better reactor else! 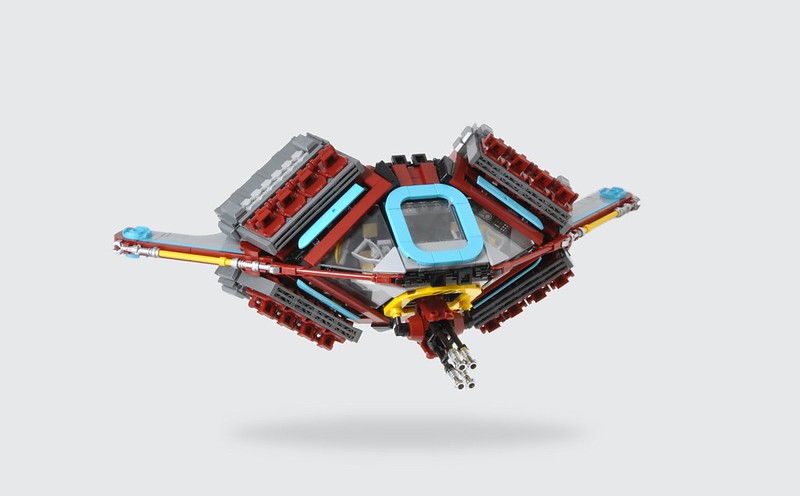 Too bad your tank hasn't got wings, I'll be long gone by the time it takes aim. Ski you later! 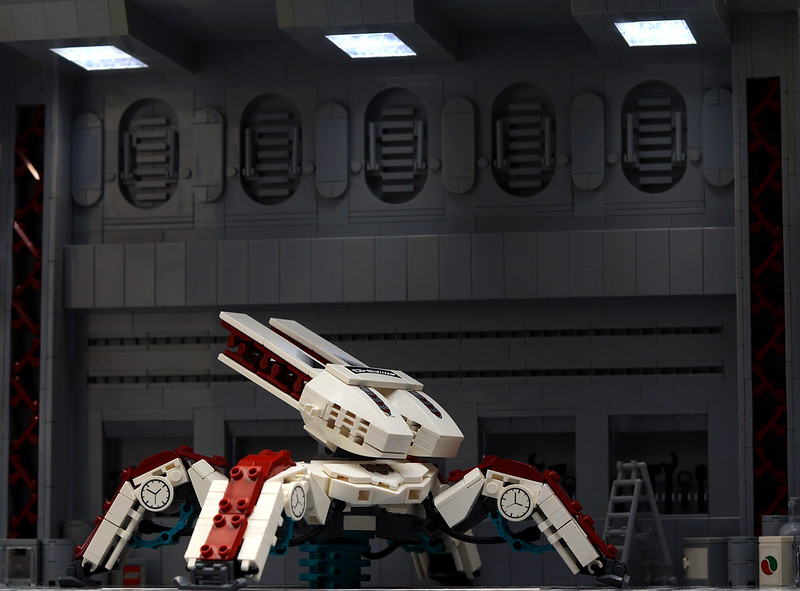 Out of the frying pan and into the line of fire!
Ready, reloaded, and tanked up - you had better shield yourself or be blown away. 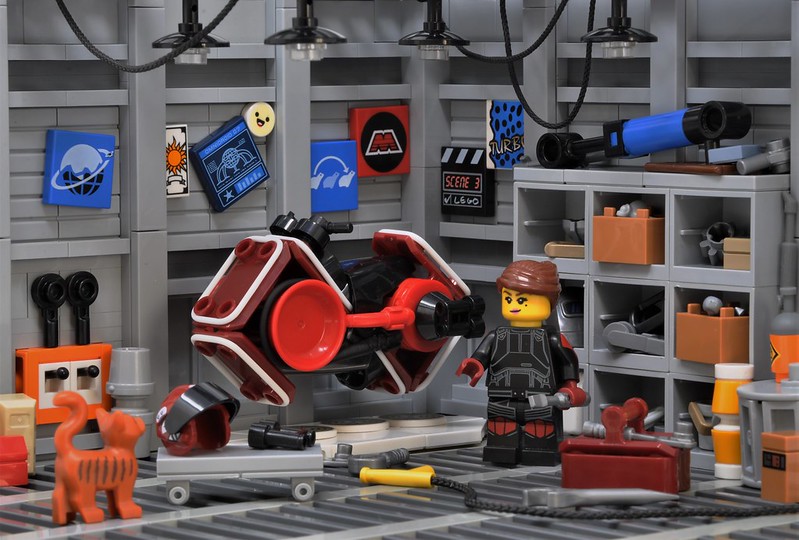 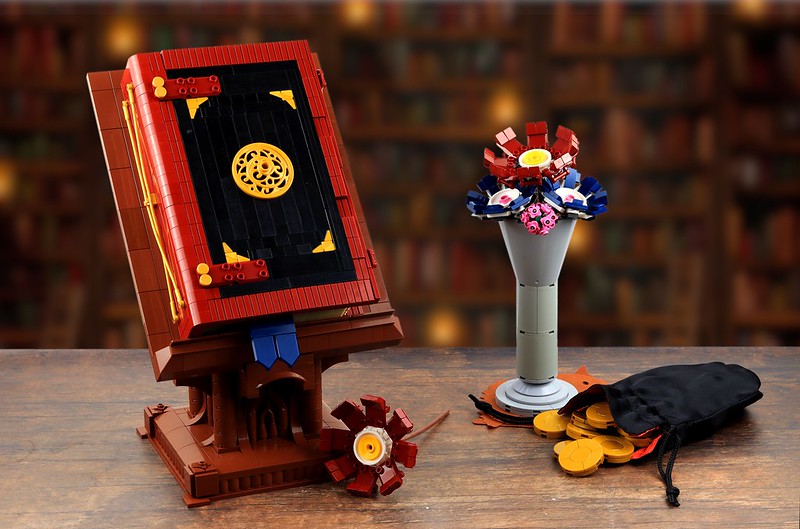 Everything keeps comin' up roses for me! Too bad Tom seems to have run out of words, guess I'll have to cover for him. 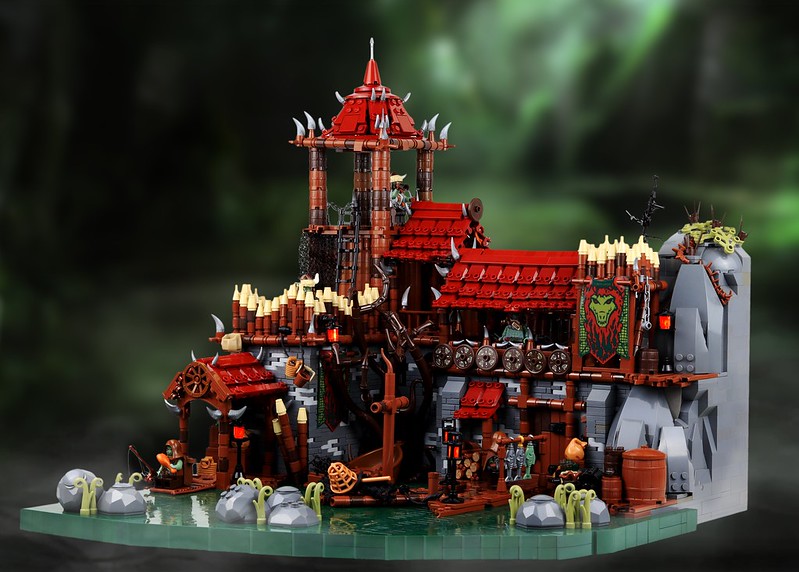 Prepare to be swamped! I'm ready to outpost you and fortify my victory. 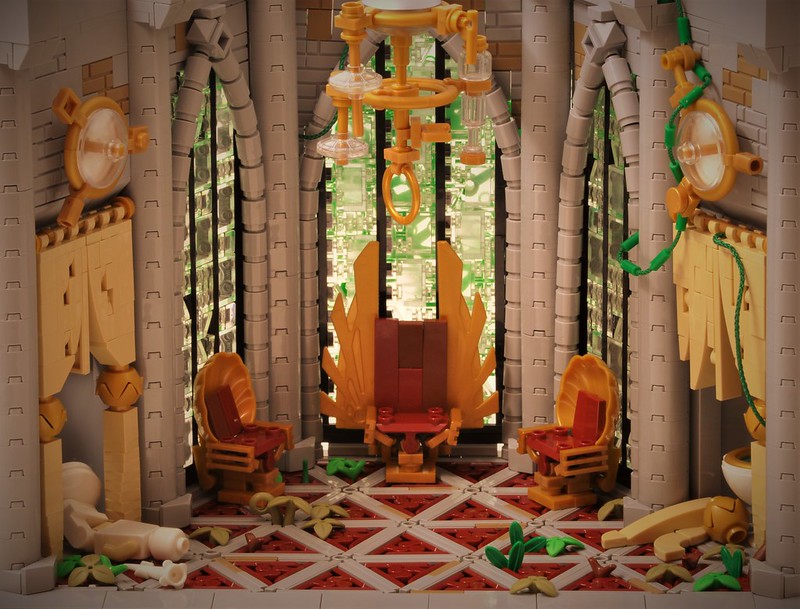 We've barely begun and it's already curtains for you!

This round’s seed part is the dark red Plate, Modified 2 x 3 with Bar. Now our two contestants have 16 days to come up with amazing and inspiring creations featuring this seed part to blow us away. Wish them luck! Who are you rooting for?